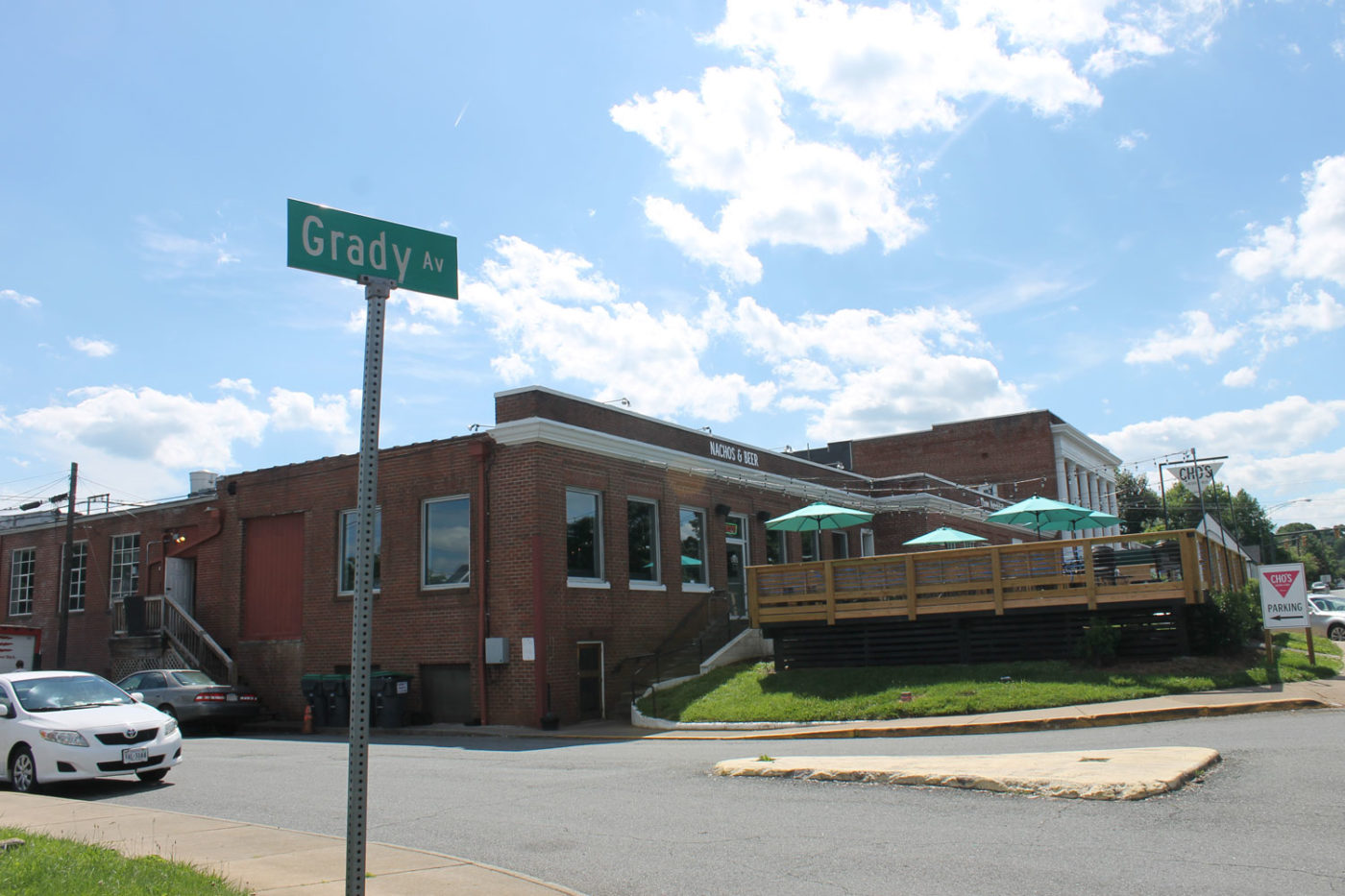 Though no plans have been submitted for the redevelopment of the Monticello Dairy on Preston Avenue, City Council has taken the first of several steps required for the project to proceed.

Council held the first of two readings Monday on the conveyance of a sliver of city-owned land at the beginning of a vehicular entrance to the site.

“That was the entrance to what was known as Wood Street that ran perpendicular to Grady Avenue, which was closed back in the mid-’70s,” City Attorney Craig Brown said.

Dairy Holdings LLC purchased the 4.35-acre property on March 31 for nearly $12 million. It will be re-developed by Stony Point Design / Build, according to a March news release.

Before the sale, the property was assessed at $9.6 million. That’s a jump from a 2016 assessment of just over $5 million.

Brown said the new property owners discovered that a 1,403-square-foot portion of the property was purchased by the Virginia Department of Transportation in 1974 when Preston Avenue was widened. This section of land along Grady Avenue was deeded to the city in 1979 after it was deemed to be unnecessary for the project.

“VDOT’s typical practice is that when a road project like that is complete, they give the city any residue land that they did not use, and that’s what that small sliver of land is,” Brown added.

Brown said the company is planning on redeveloping the property and has asked for the city to hand the land over to them without compensation.

No one spoke during the public hearing, and councilors had no comment.

Dairy Holdings LLC has yet to submit any plans to the city. The property is within the Central City zoning district. That category allows buildings heights of up to 80 feet with a special-use permit. By-right, property owners can go as high as 50 feet.

Different residential densities are possible depending on what happens on the site. A mixed-use building where more than 25 percent of the total floor area is dedicated to non-residential uses can have up to 43 dwelling units per acre.

If there is less commercial space or none at all, the developer could have 21 units per acre by-right. They also could ask for a special-use permit to get up to 120 units per acre.

Brown said conveyance of this small section of land would not grant the developers any additional rights. He said the property has no real value to anyone except Dairy Holdings.

The Monticello Dairy was built in 1937, and parts of it have been deemed individually protected property. That means the Board of Architectural Review must grant approval of any exterior renovations or demolition. The site is currently home to several companies, including Harvest Moon Catering and Three Notch’d Brewery.

In recent years, two other historic buildings on Preston Avenue have been refurbished into commercial sites. Riverbend Development transformed the Coca-Cola building from a vacant building into a structure that now has several commercial tenants. Developers Mark Green and Tom Hickman did the same with the King Lumber site.

Council will hold its second reading for the land conveyance June 19.

In other action, council also held the first reading of a conveyance of an easement across Buford Middle School’s property that would allow access to the Fife  family cemetery. The request was made by former Mayor Nancy O’Brien.

“If approved, the easement would only be available after Ms. O’Brien no longer owns 501 9th St. SW,” Brown said. “Conditions are designed to ensure future access for the O’Brien family, but also to minimize any impact on school property.”

No one spoke at that public hearing, either. O’Brien said she was unable to appear at the meeting.

Councilors also agreed to accept a $3,500 grant from Virginia Trees for Clean Water that requires a $2,000 match from the parks department’s operational budget.

“The grant will assist with ongoing efforts to manage invasive, undesirable plants in Pen Park by removing them and replacing the area with appropriate native trees and plants,” said Mike Ronayne of the parks department.