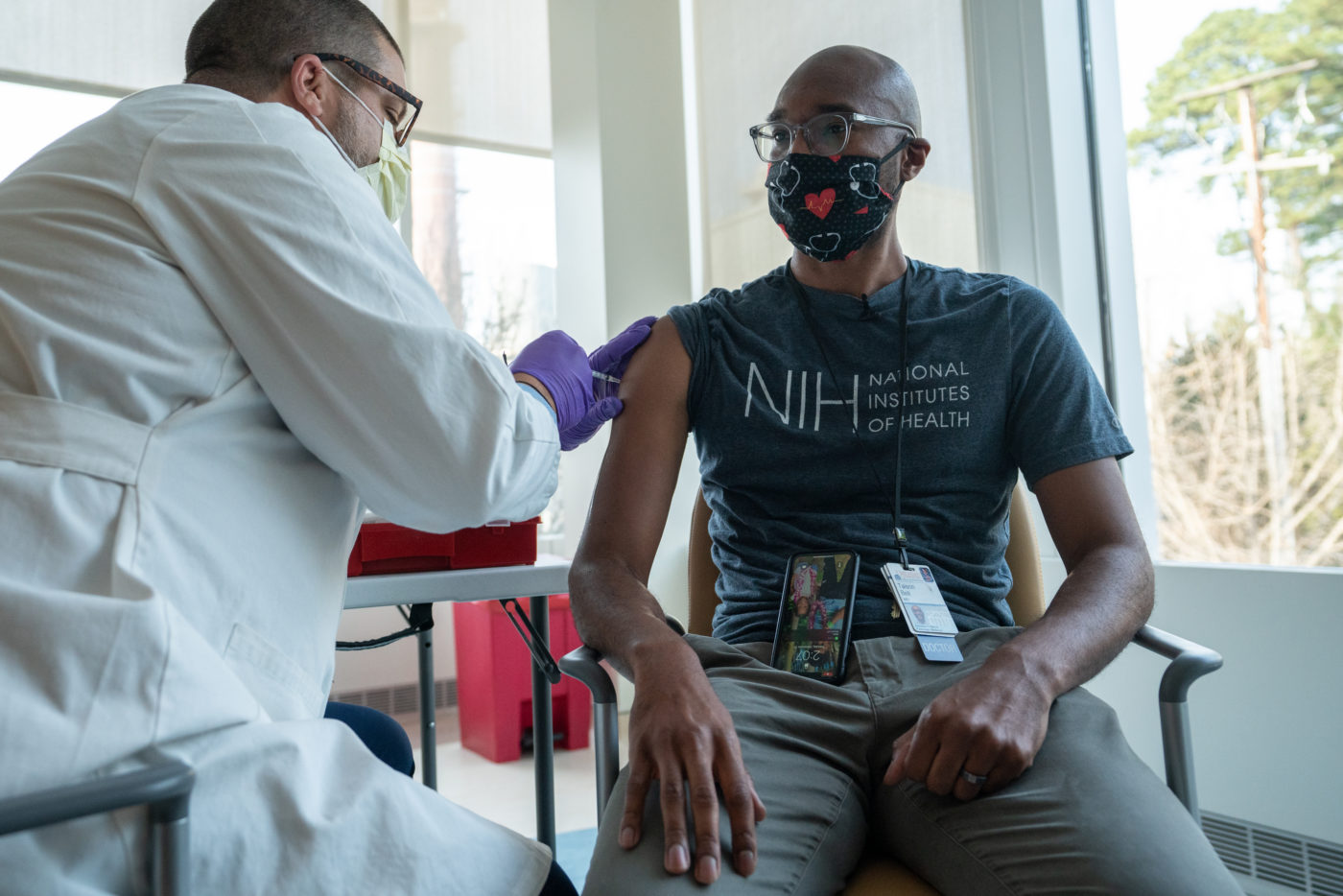 Part two of a series

The Thomas Jefferson Health District couldn’t provide information on the racial makeup of its staff assisting minority communities amid the rollout of the COVID-19 vaccine, citing that such information is not released by the state.

But the Health District has been in discussions with the Virginia Department Health’s central office about how to capture that information to measure the diversity of its workforce, said Kathryn Goodman, a spokeswoman for TJHD.

“We have hired many individuals who speak languages other than English and, while this is an imperfect way to measure diversity, it is an important one given the many languages and dialects spoken across our district,” she said.

Asked about plans on educating minority communities on the COVID-19 vaccine, Goodman said TJHD is gathering information statewide on any concerns pertaining to the vaccine in partnership with the VDH to shape its education initiatives.

As the vaccine becomes available in phases across the country, some people in the Black community have said they’ve been wary about the effectiveness of the vaccine because of past experiences of Black people being used as medical  experiments.

“VDH Office of Equity recently hosted a series of population-specific COVID-19 vaccine community conversations to provide the latest information about the COVID-19 vaccines and gather feedback to determine what the priorities and concerns are for communities who have historically been left out of healthcare conversations,” Goodman said.

“Over 2,000 people registered for the series of six town halls for various audiences, ranging from African American community members, rural community members and people with disabilities.”

As part of its education initiative, TJHD said it’s working with the NAACP and the Move2Health Equity coalition, as those groups work to achieve equitable health outcomes.

TJHD aims at hiring a community health worker in the next two months through Charlottesville funding to do community engagement around COVID-19. The person hired would focus on engaging communities of color around the vaccine, testing and support services.

But moving forward, community leaders and health experts have said that a critical part in building trust would be for public officials to be transparent with the Black community and admit past unethical medical practices.

Gregg Winston, second vice president and chair of the health committee for the Albemarle-Charlottesville NAACP, said doing so would require a strategic approach. And as health experts approach these issues, he advised that they make the conversations more intimate and personable so that people don’t feel like that their concerns are not valid.

“Tell them the truth and admit yes, bad things have happened,” Winston said, but at the same time, he’s asking the Black community to move forward despite the past. 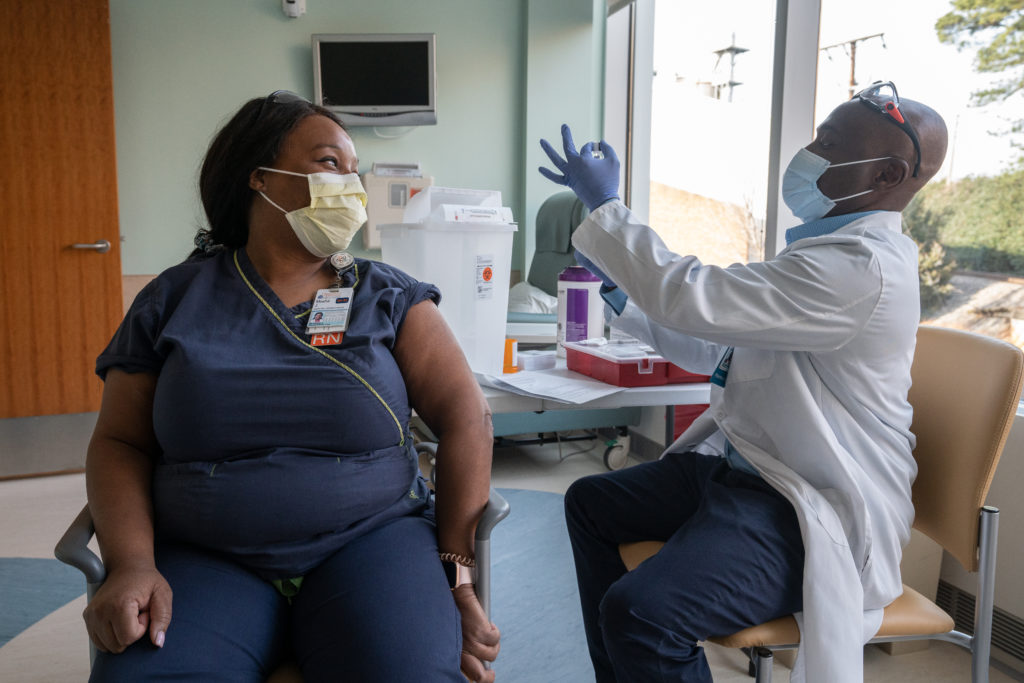 Mesha Jones, a nurse, receives the vaccine from Charles Okine, a pharmacist.

Those trusted people could be from the medical community, including Dr. Ebony Jade Hilton, an associate professor of anesthesiology and critical care at the University of Virginia, to address the barriers that people have for not taking the vaccine and the issues that date back to the syphilis studies up to the present.

So far, he thinks that the rollout of the vaccine is equitable because the plan is to look at healthcare workers, frontline workers and those in assisted living as the first to be vaccinated.

Age and those with preexisting conditions would then be taken into consideration as the vaccine goes into its next phase of distribution.

Because those who have preexisting conditions will have priority and many of these diseases affect Black people disproportionately, including diabetes and hypertension,  Winston believes that would allow an equitable distribution of the vaccine.

Winston, a 70-year-old Black man, who said he suffers from hypertension and plans on taking the vaccine given his preexisting condition, said he’s been in touch with major health organizations in the area, in which the NAACP aims at influencing policies.

“[We’ve] being able to sit down and talk and express the concerns of the African American community and communities of color and what we expect from them,” he said.

“One is that they’re forthcoming, and they’re transparent. And that we have open and free flowing communications that we [don’t] hold punches and that we speak to one another. We agree that as a public health agency, they’re responsible for the overall health care of the community.”

But overall, Winston has been content with outreach led by local health organizations.

“I think that the fact that they’re reaching out to the NAACP indicates that they know that there’s a need for them to address the issues and concerns of the African American community,” he said.