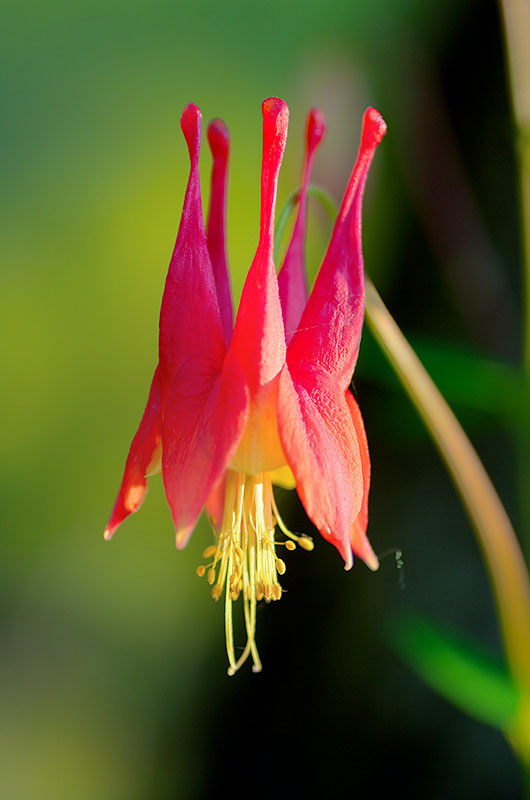 The “buy local” food movement has given inspiration to advocates for native plants.

Local experts hope consumers will buy more plants that would have been growing in Charlottesville-Albemarle more than 400 years ago, before invasive species and colonists.

About 130 people came to the first Piedmont Native Plant Landscape Symposium on Wednesday. The event was hosted by Albemarle County and held at the County Office Building on Fifth Street.

Repp Glaettli is an Albemarle stormwater inspector who coordinated the forum. He said his interest in native species was spurred by his regular discovery of dead plants in Albemarle’s hundreds of stormwater facilities.

“I started looking into what would be the best plants to put back in there,” Glaettli said.

Glaettli has since been involved with a significant grassroots and volunteer effort that is working to educate the public and landscaping professionals about the benefits and availability of native plants.

“I think we had a tremendous turnout,” Glaettli said of the symposium. “It was a mix of people in the plant industry, including nurseries, landscape architects and landscapers.  The other half seemed like nonprofits and local government with a scattering of interested citizens.” 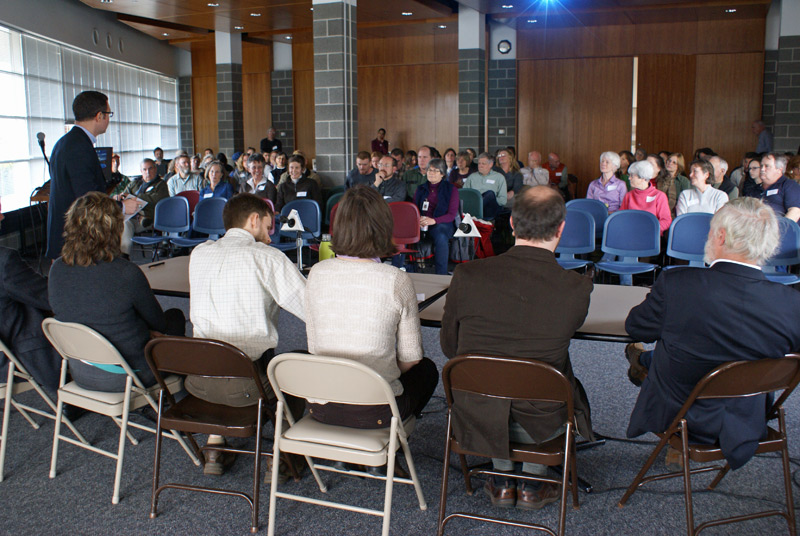 The Piedmont Environmental Council and the Thomas Jefferson Soil and Water Conservation District partnered with Albemarle on the symposium.

“We have money for people to retire their lawn mowers,” said panelist Nicola McGoff, the district’s outreach and education coordinator. “We have money for them to convert any existing properties into native planting.”

McGoff said the Conservation Assistance Program is brand-new and that four other area soil and water conservation districts teamed up to secure the grant funding.

“Our aim is to get quarter-acre-lot homeowners that want to stop mowing so much, want to get more pollinators, reduce their stormwater footprint, and buffer a stream if they have one,” McGoff said. “We are hoping this can dovetail well with the new Charlottesville stormwater ordinance.”

“It costs me more money to purchase [native plants],” Emert said. “If I utilize native species and I get underbid by all the other landscapers that aren’t … the consumers are going to base a lot of this on price.”

“It’s all about marketing,” said Dorothy Field, who launched a native plants campaign along Virginia’s Eastern Shore in 2008. “If you are going to sell native plants and ask people to change their behaviors … you need to market.”

Field works as part of the natural area stewardship team with the Virginia Department of Conservation and Recreation.

The Plant Eastern Shore Natives campaign sought to combat numerous misperceptions and to emphasize the availability of beautiful native plants that are easy to grow and won’t interfere with other plantings.

One free local resource is the Piedmont Virginia Native Plant Database found at www.albemarle.org/nativeplants. With a simple query, users can quickly identify plants by type (such as trees, grasses, shrubs or wildflowers), by lighting and moisture requirements, by color and by recommended uses.

“Native plants are a really underutilized tool to correct modern-day environmental problems,” McGoff added. “If every single person did something in their yard, it could really turn the tide.”