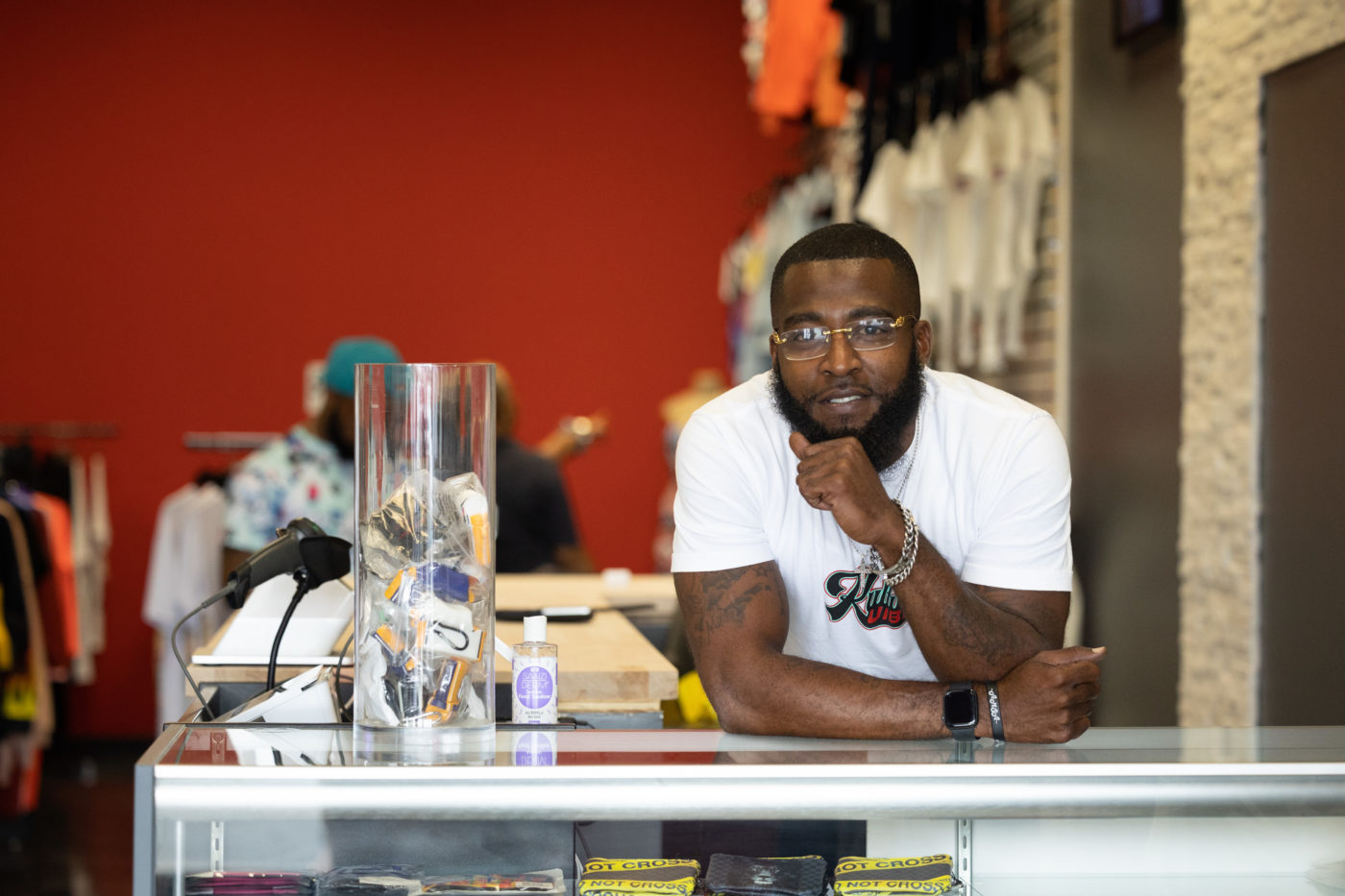 Ronnie Megginson takes a break at the grand opening of his new Kulture Vibez location.

On a warm summer afternoon, Ronnie Megginson took a drive on his lunch break to clear his mind. His trucking business stalled due to the ongoing pandemic and he was interested in undertaking a new business venture. He pulled into an empty parking lot on Angus Road to find some quiet and enjoy his lunch. While reflecting on his next move, he looked across the parking lot and noticed a for rent sign on a vacant storefront. He immediately knew this would be the location of his clothing store, Kulture Vibez.

While many Black-owned businesses closed due to the COVID-19 pandemic, Ronnie took a leap of faith and launched a new business. The store has left its Angus Road location, and Ronnie recently celebrated its grand opening in the Shops at Stonefield.

Ronnie, a Charlottesville native, attended several schools in the area and has familial roots in Louisa County, which has helped him to network and expand his business ventures.

As a serial entrepreneur, Ronnie is not afraid to take risks. He has always had a passion for fashion, sparked by a 12th-grade field trip to Virginia Center Commons in Henrico County. However, opening a clothing store was not in his original plans.

“If you would have told me two years ago that I would be opening a clothing store, I wouldn’t believe you. This isn’t something I predicted,” Ronnie shared. 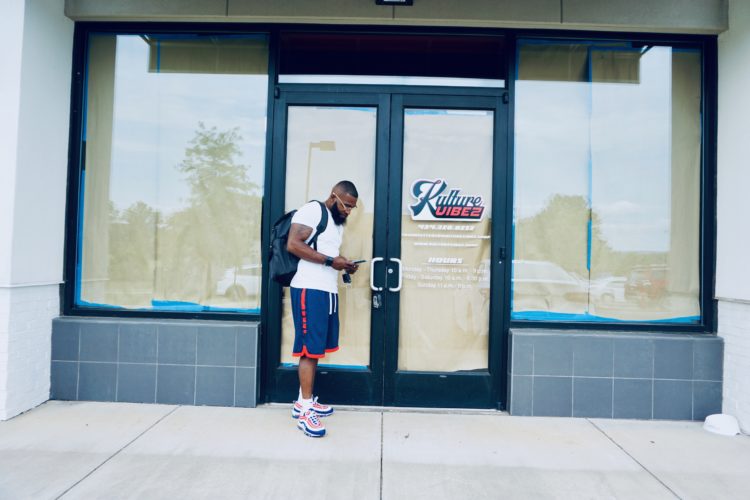 Ronnie began his career as a maintenance technician at the Graduate hotel. Although he had a superb work ethic, he knew that he needed room for growth.

He then started a mobile detailing business but was unsuccessful in getting it off the ground because he was unable to put his sole focus into the business. He honed his knowledge in business management and was encouraged to obtain his CDL from a close friend.

Ronnie began driving trucks for CISCO to gain experience and fell in love with truck driving. He then purchased his first semi-truck to begin his trucking company, R.L. Megginson Trucking. He collaborated with his biological father to haul logs for logging companies in the area and he expanded his trucking company, affording him the opportunity to provide jobs to those in his community.

Ronnie has had success in entrepreneurship but he acknowledges that it also comes with its own set of challenges. As an employer, Ronnie shares concern for the well-being of his subordinates.

“Working for yourself is tough, there are days where you’re not going to feel like working,” he says. “Not only do you have to feed yourself, you have other families you have to feed.”

In addition to providing jobs, Ronnie also understands the importance of giving back.

Once houseless, he admits that a few bad decisions led to his downfall. Ronnie temporarily lived in a detailing shop while unhoused and worked relentlessly to get on his feet.

It was during this time that Ronnie began to analyze his decisions, friendships, and his outlook on life. His experience with homelessness inspired him to give back to those in need.

“I look at homeless people differently,” he shared. “Anything Kulture Vibez does for those who are houseless, we will never publicize. We don’t want to publicize when people are at their lowest, we want to help them.”

Ronnie credits his faith, sacrifice, and his mother for his success as he has experienced trials that many people would have a hard time overcoming.  Instances that could have made Ronnie bitter, he used to propel himself.

Shortly after experiencing houselessness, he and his brother were wrongfully accused of the murder of a local man (To maintain the privacy of the family, Ronnie has asked that we omit the name of the deceased).

“After me being homeless, I was working two jobs. While at one part-time job, I got a phone call from my mom,” he recalled. “She called me frantic, telling me to leave work because the U.S. Marshals just left the house. At first, I thought she was joking.”

The call nearly changed his fate as his mother informed him that officers were seeking to arrest him.

Witnesses erroneously identified Ronnie and his brother in the case. Upon further investigation, two other individuals were identified and convicted of the murder, clearing Ronnie and his brother’s name. Unfortunately, Ronnie lost his employment as well as the confidence of friends during the ordeal. Although cautious about his surroundings, he has not allowed the situation to harden his heart.

“Everything I went through made me who I am today. It changed the way I view life. I’m able to look back and be thankful. Some people go through situations and don’t make it out.”

Ronnie is grateful to know that the community is inspired by his story and hopes to see Kulture Vibez grow into a franchise within the next five years.

“I’m only chasing my dreams, but for people to view that as inspiration and motivation means the world to me. It’s bigger than me.”