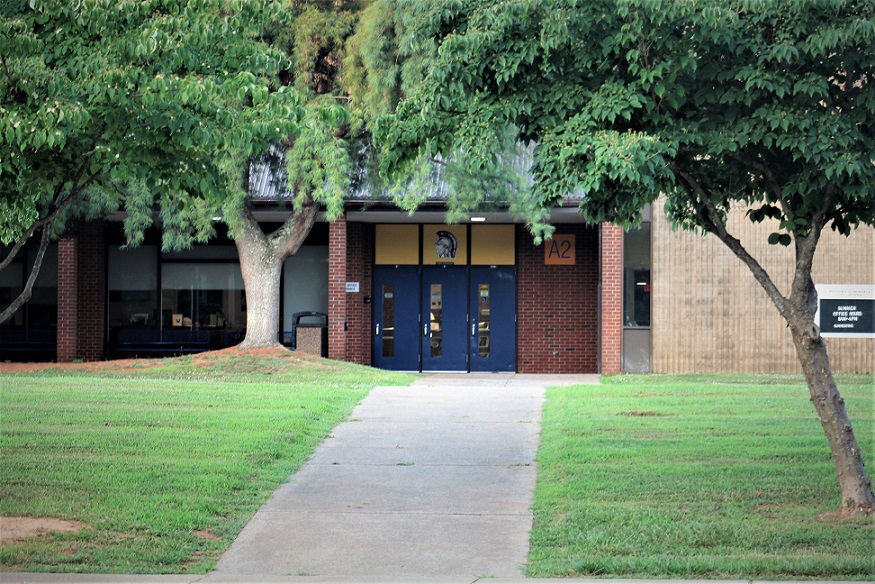 Most of Western Albemarle's science labs have not been renovated since the high school opened in 1977.

A 10,000 square-foot addition to the school will include three new labs, an office and prep rooms with storage. Seven existing science classrooms and six more classrooms throughout the school building will be renovated.

The project is budgeted at approximately $5.5 million, and was funded through the 2016 bond referendum.

“This is very exciting work,” said Western Albemarle principal Darah Bonham. “An opportunity like this comes across your desk every couple of decades… This will be a huge asset for our kids and our community.”

A portion of the renovation is scheduled to be completed by August 2018. The remaining renovations and new construction will be completed before the 2019-2020 school year, when the Environmental Studies Academy is expected to reach its full enrollment of 200 students.

Rosalyn Schmitt, Assistant Director of Facilities Planning, said Western Albemarle’s science labs are out of date in comparison to those at the county’s other comprehensive high schools. Most have not been renovated since the school opened in 1977.

Schmitt said Albemarle High School has had significant renovations done to its science labs. Monticello High School, built in 1998, has more modern labs that are still in good condition, she said.

Michelle Karpovich, a chemistry teacher at Western Albemarle, said she felt fortunate to teach in a classroom that was part of a 1997 addition to the high school.

“The rest of the science classrooms still look like prisons — there’s not much light or space,” Karpovich said. “This modernization is long overdue for us.”

On Thursday, the Albemarle County School Board authorized division staff to begin negotiations with Charlottesville-based VMDO Architects for the Western Albemarle project. Nine other firms also were interviewed.

“VMDO has a reputation for innovative design, and extensive K-12 experience,” Schmitt said. “They have helped us enhance natural light and access to the outdoors at some of our other schools.”

Bonham said the new and renovated classrooms would have more natural lighting and switches to adjust the brightness of electric lights. He said architects would be encouraged to create flexible designs for the classrooms that could be adapted for future innovations.

“We are designing a school and spaces for learning that we may still have to continue adjusting within the next five, 10 or 30 years,” Bonham said.

The location of the new labs relative to the school building has not yet been determined. “That’s one of the first things we have to decide,” said Schmitt. “Do we keep it near the science wing, expand the Environmental Science Academy, or put it on display at the front of the school?”

The request for proposals issued by the county said the location of the new labs would be influenced by findings from a high school planning study that will be presented to the School Board this fall.

VMDO architects have started to meet with a design committee that includes teachers and students at Western Albemarle. A schematic design is scheduled to be presented to the School Board for approval this fall.

Karpovich said she liked the idea of having a space between classrooms where teachers could meet to plan lessons together. “In the current facility… teachers are mostly isolated from each other,” she said. “It doesn’t lend itself very well to collaboration.”

Karpovich said Western Albemarle’s new science classrooms would likely have designated maker spaces, and areas for students to work on projects individually and in small groups.

Schmitt said creative stormwater treatments for the new construction — such as a pond with aquatic plants — could provide educational opportunities for the Environmental Studies Academy.

“There’s a lot on the table, and we’ll have to see where the priorities land,” Schmitt said. “Right now we are still in the ‘dreaming phase.’”