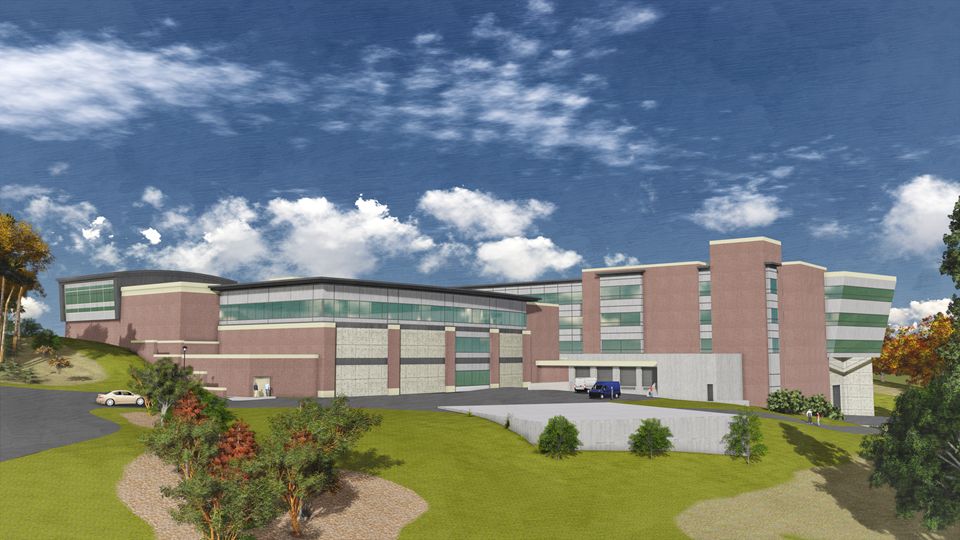 The Albemarle County military base that keeps an eye on the capabilities of foreign troops across the world is seeking federal funds to expand its capacity.

“Rivanna Station has recognized a requirement for additional space for approximately 250 people, based on mission need,” said Ron Young, a spokesman for the National Ground Intelligence Center.

“That requirement has been validated and is in the process of consideration through Department of Defense channels for resourcing,” Young added.

Officials at Rivanna Station have submitted a $75 million request to expand the building that houses NGIC, a division of the U.S. Army Intelligence and Security Command charged with evaluating military threats across the world.

Rivanna Station is also home to a branch of the Defense Intelligence Agency that provides field support to the rest of that organization.

“The National Ground Intelligence Center at Rivanna Station is a key source of intelligence for the military men and women who serve in defense of our country,” Sen. Mark R. Warner, D-Va., said in a statement. “An expansion of NGIC will be vital to the success of our national defense and intelligence agencies, and bring economic prosperity for the region.”

The NGIC was formed in 1994 when the Foreign Science and Technology Center merged with the U.S. Army Intelligence and Threat Analysis Center. The agency moved out of downtown Charlottesville to its current headquarters off of U.S. 29 North on Boulders Road in 2001.

The complex was given the name Rivanna Station when it opened in August 2010 as part of an effort to fulfill the Base Realignment and Closure Act. Intelligence operations that had been conducted at Fort Belvoir were consolidated in Albemarle at a facility known as the Joint Use Intelligence Analysis Facility.

An Albemarle County supervisor present at the base opening said she is hopeful that the request will be successful.

“It’s not in the budget right now, and my understanding is it’s the No. 1 priority for the function of the station,” said Supervisor Ann H. Mallek. “I would like to be able to see them grow the way they need to grow in order to strengthen the opportunities here.”

Rivanna Station is in the Rivanna Magisterial District, which is represented by Supervisor Norman Dill. He said there is always uncertainty concerning the future of the military base.

“It is part of Fort Belvoir, so there is this unknown quantity as the Department of Defense changes and as strategies change,” Dill said, adding that the agency could always choose to relocate.

Dill serves with Mallek on the Chamber’s Defense Affairs Committee, a panel created in 2009 to encourage cooperation between local officials and the intelligence community. In that capacity, he’s spoken with many people who work at the base.

“The people here want to stay here, but they don’t make the decisions about that, either, so that makes it a bit more of a mystery,” Dill said.

Young said there are currently about 2,500 civilian and military personnel at NGIC, as well as private contractors. The presence of that many employees has become an important part of the regional economy.

Dill said the potential expansion could increase the impact.

“In the long term, it could definitely increase the number of people living up there, and they are the kind of jobs and economic benefit that we’re talking about in terms of wanting businesses that pay people well and are environmentally sensible,” Dill said. “They are good members of the community and, in general, we would encourage that.”

If the request proceeds, it would become part of a military appropriations bill for fiscal year 2019.

Mallek said the county must demonstrate its support by not allowing other developments to encroach upon the base. That could be a deciding factor if and when the military goes through another round of base closings.

The expansion has the support of the Charlottesville Regional Chamber of Commerce.

“The Congress’s and administration’s defined high importance of our national defense intelligence mission, clearly then, must elevate this NGIC funding request to a very high priority,” chamber President Tim Hulbert wrote in a July 7 memo to the state’s congressional delegation.

Hulbert said a 2013 report commissioned by the chamber concluded that locating defense operations at Rivanna Station is cost-effective. According to the report, the estimate for the annual cost of supporting defense intelligence personnel in Albemarle is $9,000 a year per capita, compared to $24,000 a year for personnel in the D.C. area.

Young said NGIC personnel have become part of the community and serve as “coaches, mentors, board members, volunteers and leaders aiming to improve Charlottesville.”