Northam has relaxed COVID restrictions on bar seating. Some local restaurateurs are optimistic — and cautious.

Gov. Ralph Northam, center, on April 21 walks down a hallway in the Patrick Henry Building in Richmond.

This week, Gov. Ralph Northam loosened restrictions on bar seating, now allowing restaurant-bars to seat patrons at the bar for service, “provided a minimum of six feet is provided between parties.”

The amendment to Executive Order 72, made somewhat quietly and effective immediately, was perhaps overshadowed by Northam’s signing of a bill that legalizes simple possession of marijuana (effective this summer).

For local restaurateurs, it is once again on their shoulders to make what feels like a choice between the safety of their employees and the broader community, and their business.

Atlas Coffee, a tiny coffee shop on Fontaine Avenue, will continue to serve customers through a takeout window it installed last year. The shop’s seating is primarily bar seating — the narrow room has enough space for just one two-top table — and pre-pandemic, it would be packed with neighborhood regulars, University of Virginia and Piedmont Virginia Community College students and professors working on their laptops to the hum of the espresso machine and the scent of banana bread baking in the oven.

Atlas owner Lorie Craddock said that while they could invite maybe two people in to sit at the bar with the distance measures in place, they will not be doing so for the time being. Not all of her employees are fully vaccinated at this point, and she’s worried about the virus variants proliferating among young people who are a large proportion of Atlas Coffee staff and customers.

“I don’t want to seem like a Pollyanna but, … it’s very frustrating to know that we could be making more money if we opened the doors,” said Craddock, adding that her prior career as a flight attendant for United Airlines taught her to put safety before all else and she’s sticking to that way of thinking for her coffee shop.

“The PPP loans make this palatable [for us], but not every business is so lucky,” she said.

“For us, our takeout game is pretty strong, so our dining rooms are filled with takeout supplies,” said co-owner Jay Pun. “We have slowly tried to incorporate patio dining, but it still disrupts the flow of our takeout orders. The bar seating will not change our operation, but we hope to be able to have people back in our dining room when it is truly safe. It will be a hard transition going back, but we look forward to making it happen in a hybrid way at some point.”

Charlottesville Tomorrow reached out to Boylan Heights and Trinity Irish Pub, two spots on the Corner that have remained popular with students throughout the pandemic, for their perspective, as well. The Boylan Heights employee who answered the phone said that no one on staff at the moment could comment; leaving a voice message with Trinity was not possible because the mailbox was full.

Mike Rodi, owner of Rapture Restaurant on the Downtown Mall, said that he’s heard anecdotally that some area restaurants will now begin seating patrons at their bars, but Rapture won’t.

“It’s certainly a good thing for businesses,” Rodi said. “I happen to know anecdotally that a lot of the restaurant staff in town are fully vaccinated at this point, so, making drinks and having someone sitting a couple feet away from you is not nearly as scary a prospect as it was four or five months ago,” so more folks might be willing to bartend again.

Right now, Rapture’s dining room is open to the general public, with proper distancing and safety measures in place, as is their outdoor patio seating. But it’s “very clearly a dining space, not a stand around and mingle space,” he said.

Rodi’s not sure that seating just a handful of people at Rapture’s bar while also trying to observe these safety protocols is the best decision for his staff or his business. With just a couple folks at the bar, would a bartender make enough in tips to make it worth their while? It’s hard to tell, he said.

“But who knows? By June 1, I might be ready to,” Rodi said. “Every step adds optimism. The other factor for me is, once people are sitting at a bar, they want to walk around, they want to have their masks off. It just creates a very different environment. And once you let that genie out of the bottle, you’ve really shifted the dynamic. I know some businesses are comfortable doing that, but I’m not sure I am. Rapture has a long history as a bar, and there are definitely guests who just want to be able to do things exactly like they did before. And it doesn’t work that way.” 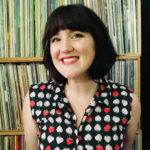