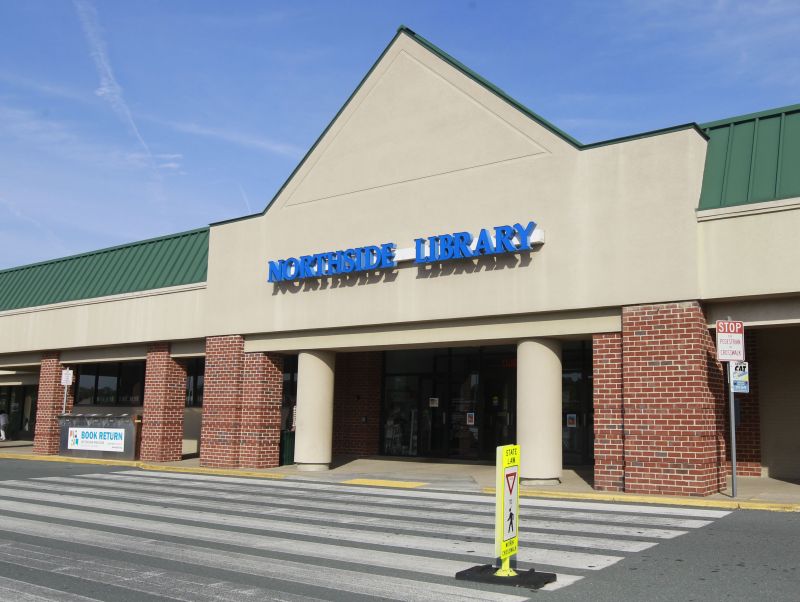 With work on the new Crozet Library nearing completion, the Albemarle County Board of Supervisors will soon consider whether to buy land to move the regional library system’s busiest branch.

“Northside has been inadequate as a library probably for about the last six years,” said Calvin Morris, chairman of the county’s Planning Commission. “It’s too small. It’s too dark.”
Since 1991, the Jefferson-Madison Regional Library system has rented a 15,000-square-foot facility in the Albemarle Square shopping center. More than a half-million items are checked out every year at the branch.
John Halliday, director of JMRL, said a 2010 study recommended a minimum of 30,000 square feet to meet growing demand for the facility.
“A larger facility would provide more space for computers, more space for public programs, additional areas for people to use their laptops, quiet study rooms, greatly expanded areas for children and teenagers,” Halliday said.
On Wednesday, supervisors will consider whether to buy a 3-acre property on West Rio Road that is currently owned by Martha Jefferson Hospital.
An existing 36,000-square-foot structure on the site once housed Phillips Building Supply, and it would be renovated to accommodate the library and to provide storage space for the county.
County officials first learned of the opportunity last fall.
“We met with the board in closed session and felt that it was worth looking at, given what’s on the horizon,” said Trevor Henry, the county’s director of facilities development.
The county’s Capital Needs Assessment identifies a $14 million cost for a new “northern Albemarle library,” but the adopted capital improvement program does not include any funding for the project.
The county currently pays $246,485 a year to lease the space for the Northside Library, and the city contributes an additional $45,515. Additionally, the county pays more than $200,000 annually to rent storage space at other locations.
“Together, [rent] is nearly half a million [dollars] of debt service that could be applied towards this acquisition,” Henry said.
The land and building are assessed at $3 million, and Henry said the site could be redeveloped for about $8 million.
Henry said the floors may need to be strengthened in order to support the weight of the library stacks. An elevator would need to be installed to provide access to the mezzanine and the basement.
The Planning Commission gave its support to the move at a meeting last week even though some members had questions about the site.
For instance, Don Franco pointed out that there are no nearby homes.
“I don’t see this as adding to a center and becoming a good community focal point, because it’s not accessible to pedestrians,” Franco said.
However, county planner Andrew Sorrell said there is transit access to the site, as well as sidewalks and bike lanes along Rio Road.
“There are some ways to get people there so they don’t have to come just by personal vehicle,” Sorrell said.
There are currently 40 parking spaces at the site, and Sorrell said more might be necessary to accommodate the library.
The existing lease at Albemarle Square expires in October 2014.
“I believe the proposed site makes sense financially and would be an outstanding addition to the educational infrastructure of Albemarle County,” Halliday said.
The Crozet Library is expected to open in September.