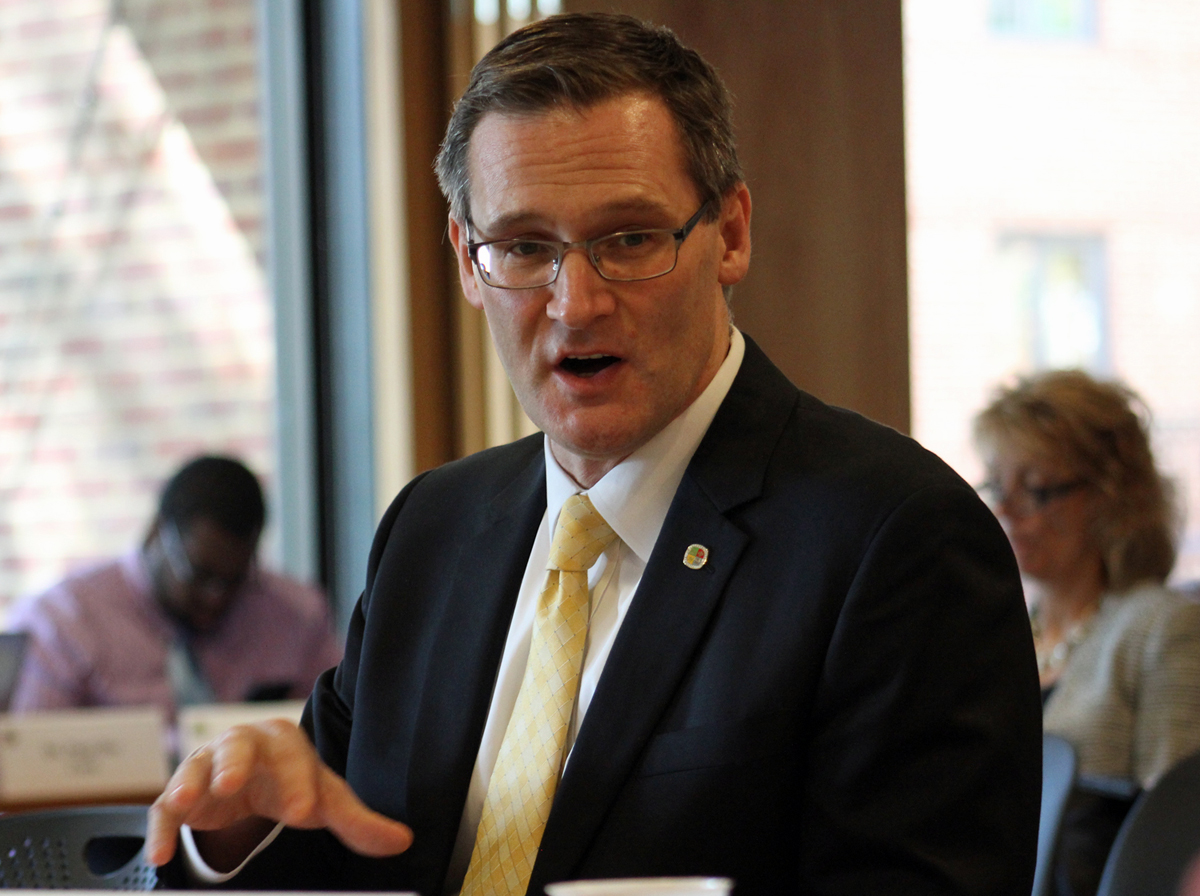 Charlottesville Mayor Mike Signer on Tuesday laid out a four-part framework for city-county cooperation on efforts to promote Charlottesville and Albemarle County as a hotbed for technology and innovation.

The plan included having city and county staffers collaborating on a marketing budget, developing partnerships and making sure the plan aligns with economic development efforts by each locality.

At the end of a joint lunch meeting of the City Council and Board of Supervisors, both bodies agreed to ask their staffs to collaborate and develop the beginnings of a plan.

Signer, who has been meeting regularly with a group he formed called the Mayor’s Advisory Council on Technology and Innovation, said the group regularly has expressed frustration at the lack of a united push to bring in tech businesses and jobs.

“The continuous theme at every meeting we have had is that the region is not telling a story,” Signer said. “We don’t have a message or a cohesive idea, and because of that, we are losing where we could be winning.”

“The place we could start … is to encourage our two economic development people to meet regularly with each other,” said Supervisor Ann H. Mallek. “We don’t want to dilute their work to plan … because we need that for clear direction of what we want to be when we grow up.”

Supervisor Liz Palmer agreed and called for the plan to focus on collaboration.

“In the county, we are in the process of developing our economic development plan, so I think synchronization would be important,” she said.

“One thing we need to keep as a focus, if we were really successful in this, one of the things we have had issues with is rapid population growth,” she said. “Before we spend $300,000 to get people to move here, we take a look at where these people are going to live, how they are going to get around.”

Galvin described a three-part balance to developing the technology sector in Charlottesville and Albemarle.

Signer said he expects that balance to be the crux of city-county conversations.