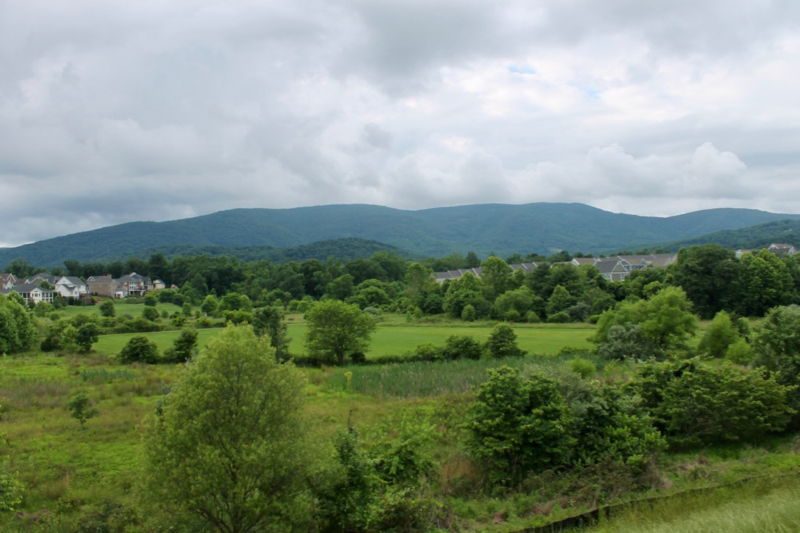 Western Park would be located along Lickinghole Creek in Old Trail.

Several Old Trail residents in western Albemarle County are petitioning for a park that has been envisioned by the Crozet community, but seen little progress in recent years.

The 36-acre site, known as Western Park, is located along Lickinghole Creek in Old Trail.

“The ultimate buildout of the park would benefit the whole community,” Jim Neligan, president of the Old Trail Community Association, said at a May 17 Crozet Community Advisory Committee meeting, as seen in a video of the meeting recorded by the Crozet Gazette.

Western Park was part of a proffer during the development of Old Trail and the land was conveyed to the county in 2010. The developer, March Mountain Properties, also provided $50,000 for a master plan.

That initial master plan was finalized in 2009 and detailed a vision for a $3.1 million park, with amenities such as a two-story pavilion, a playground, picnic shelters, trails and an amphitheater.

Almost eight years later, Western Park has not been funded in the county’s capital improvement program.

The Old Trail Community Association’s board of directors authorized the Change.org petition, which has been circulating on social media for about a week. It is addressed to county Supervisor Ann H. Mallek, whose White Hall District includes Crozet.

The petition critiques a recent CCAC meeting, in which the committee only threw its weight behind funding grading and paving improvements for The Square in downtown Crozet as part of the Neighborhood Improvement Funding Initiative process.

NIFI is a one-time distribution of $1.4 million in funds leftover from a fiscal year 2016 budget surplus to the county’s seven Community Advisory Committee areas. The Board of Supervisors has yet to decide the process of selecting its final projects and how to allocate the money among the designated growth areas, although the board has indicated that each area should receive a portion of the funds. Options on the table include an even distribution of $200,000 to each area and a population-based distribution, with allocations ranging from $113,500 to $257,000.

In a community engagement process, Crozet residents ranked The Square and Western Park as their top two priorities for projects worth more than $50,000, with The Square leading the park by one point.

The CCAC — an appointed advisory group that provides input on the implementation of the Crozet master plan — ultimately selected The Square as its top recommended funding priority at its May 17 meeting.

Committee members said they hope Crozet’s NIFI funds can be leveraged with potential matching funds from the Virginia Department of Transportation for The Square.

The CCAC also considered a proposal to advise supervisors to allocate $50,000 to a revision of the Western Park master plan. Committee members agreed the master plan was important for the community, but did not rank it as their top NIFI priority.

The petition claims the park “was excluded from consideration due to the committee’s misinformed belief that county staff already had it on the capital program list for this year.” It recommends $30,000 in NIFI funding for a Western Park master plan revision.

“If [funding] doesn’t come through the NIFI initiative, it’s not in the 2017 budget, so you’re looking at pushing this [revision] out another one or two years at least,” Neligan said in an interview. “We believe some mistakes were made at the meeting and it excluded this project from consideration.”

Mallek mistakenly suggested at the CCAC meeting that Western Park was in the county’s current work plan for needs assessment. Neligan said during the meeting that he was not aware of current funding for the revision, and Mallek indicated she would check with staff.

“I understood that the staff had this on the list, but I was wrong that it was for this year,” she said in a May 24 email to Neligan, CCAC Chairman David Stoner and other Crozet leaders. “The capital program has the master plan revisit on the list for next year’s consideration.”

Mallek said in the same email that she has asked county parks and recreation staff to consider starting public discussions about Western Park this summer.

When asked about the petition, which now has 150 signatures, Mallek said in an email that she needed to “let the process run without further directions.”

CCAC Vice Chairman Jon McKeon, who presided over the May meeting, said in an email that he understands frustrations about Western Park, but the potential for VDOT matching funds for The Square provided a compelling reason for the CCAC’s support of that project.

Emily Kilroy, the county’s community engagement specialist, said in an interview that Western Park has not been excluded from consideration for NIFI funding.

She said the Board of Supervisors has not yet approved a process for further scoping and final selection of projects.

At their meeting Wednesday, supervisors are expected to consider specific funding allocation options and a process for moving toward selecting the final NIFI projects.