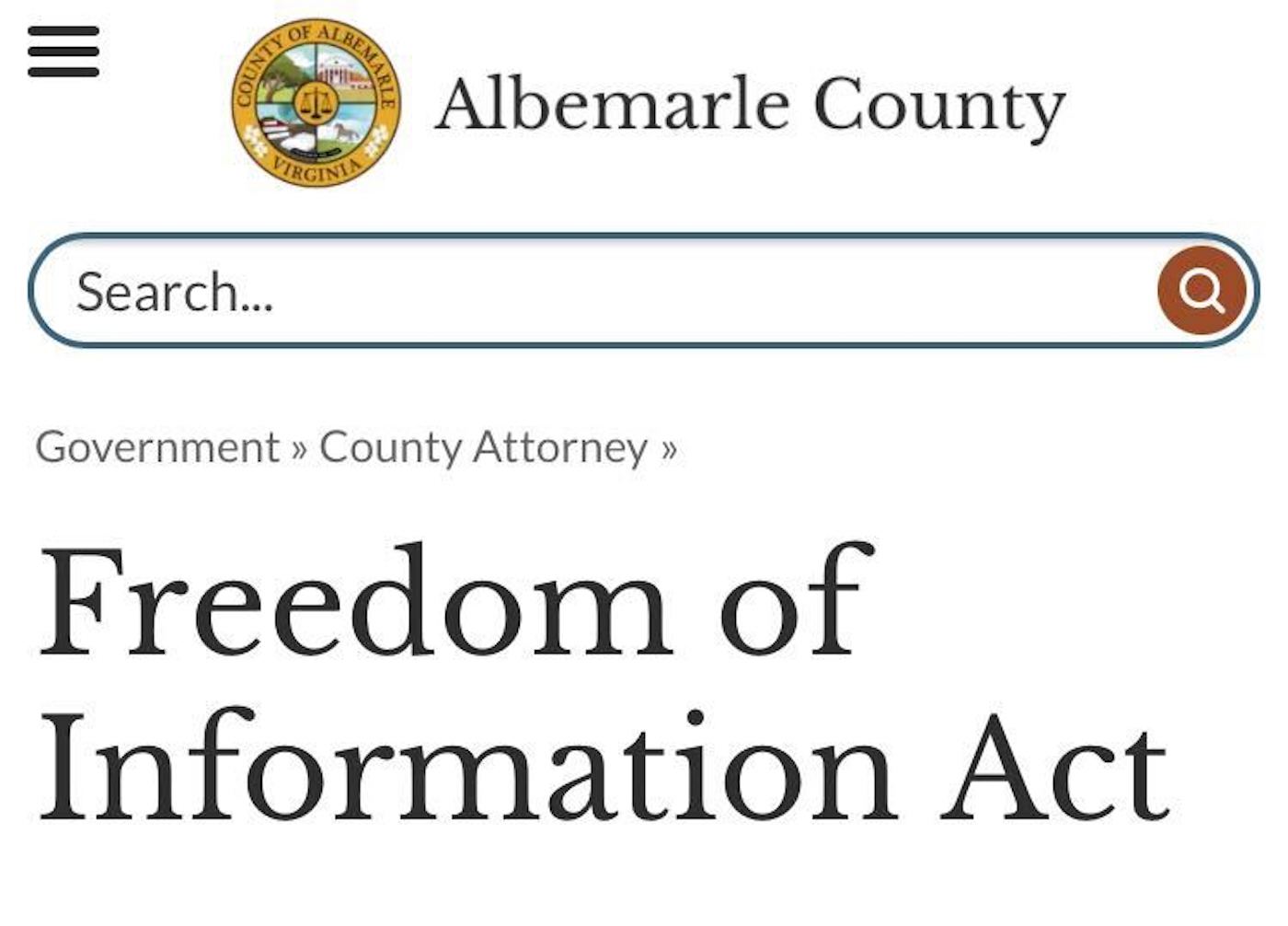 Albemarle County’s Board of Supervisors voted unanimously to repeal an ordinance that exempted it from meeting the state’s Freedom of Information Act deadlines.

The board first passed the deadline waiver in March “given the uncertainty of what we would be facing” during the COVID-19 pandemic, Greg Kamptner, the county’s attorney said at Wednesday’s board meeting.

“Now that we are further down the line and unfortunately have pretty good experience working through this pandemic, staff is recommending that the deadline extensions for the FOIA requests be removed in their entirety,” he said.

State law “does not empower a locality to modify or indefinitely extend the deadlines for responding to requests for records set forth in … the Virginia Freedom of Information Act,” Herring wrote in a three-page advisory opinion. “The time limits for responding to requests for records in VFOIA remain in place and must be complied with even during the current emergency.”

Herring gave the opinion after Del. Sally Hudson, D-Charlottesville, requested that he review Albemarle’s ordinance. Hudson made the request at the behest of Charlottesville Tomorrow and the Virginia Coalition for Open Government.

Days after the attorney general released his opinion, Kamptner told Charlottesville Tomorrow that he was reviewing it and intended to “bring a recommendation to the Board of Supervisors on November 4.” That same week, the Board of Supervisors was “briefed by legal counsel” in a closed session meeting “regarding the Continuity of Government Ordinance” — which is the ordinance that contained the FOIA deadline waiver.

Kamptner made no mention of the attorney general opinion Wednesday while recommending the county remove the waiver.

The board’s chair, Ned Gallaway, alluded to the decision briefly, saying: “There were a lot of things that the state gave some flexibility on, and it was just curious to me that this one was — probably for other reasons that practicality — was handed down from the attorney general, but I’ll leave it at that.”

At the meeting, Kamptner left open the possibility of enacting a future county ordinance that could adjust FOIA deadlines.

Kamptner also told the board that since passing the ordinance, the county had always met the state deadline, or successfully negotiated with the requesters for extra time. In other words — they’d still followed the state’s FOIA law.

VFOIA requires public agencies respond to public records requests within five working days. If they cannot produce a record in that time, they are allowed to request an additional seven days. If that is still not enough time, the law instructs them to negotiate with the requester for more time.

This did not happen, however, with at least four Charlottesville Tomorrow records requests.

On July 15, Charlottesville Tomorrow asked for planning documents and emails related to Albemarle County Public Schools’ reopening plans. The school division responded simply that county ordinance exempted it from meeting the state’s deadline. After two weeks with no other response, Charlottesville Tomorrow partnered with the University of Virginia’s First Amendment Clinic to fight for the records.

Supervisors Ann H. Mallek and Donna Price and Gallaway expressed support for the initial ordinance before voting to remove it Wednesday.

“I think it’s gotten a little carried away in the way it’s been perceived out in the community, but that’s OK,” Mallek said. “I’m in favor of these changes.”

Price agreed, adding that: “I think it’s important that our constituents recognize that the actions were taken towards the efficiency of government dealing with the pandemic and not in an effort to avoid responsibility for responding.”