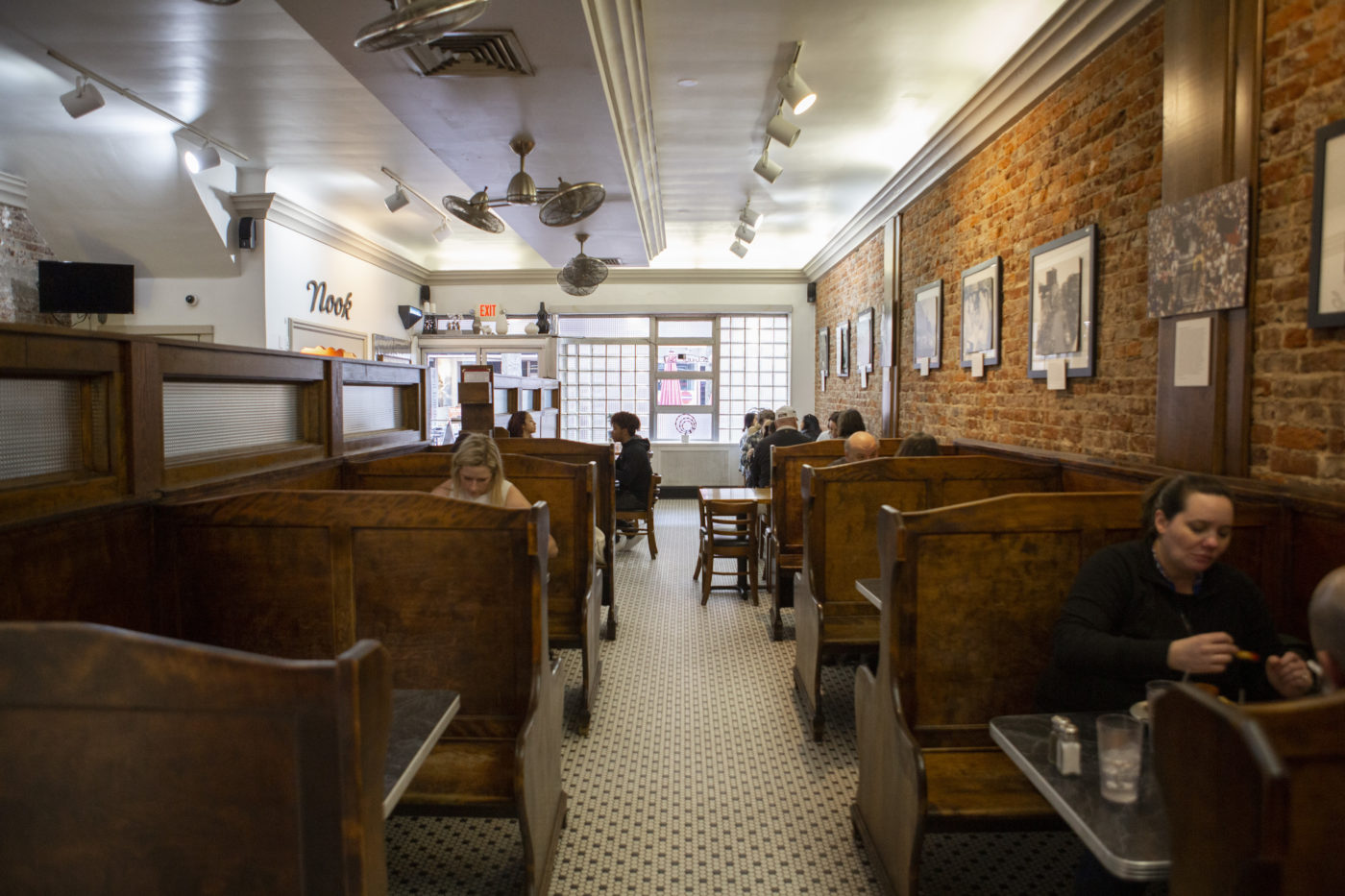 As the downtown mall is less crowded than the average Sunday in response to the growing concern for COVID-19, some area residents enjoy a brunch at The Nook.

The Nook has shifted from using the health department-approved sanitizer to medical grade, the same used to clean operating rooms. In addition to wiping down the tables, employees are also wiping down the seats and the walls around.

“[Customers] can know that we’re doing everything in our power to make sure that we keep them safe, to keep a clean environment for them to come and eat and we’re a community,” said Jeff Hale, manager of The Nook. “We all have to work together to stay afloat.”

The 69-year-old restaurant on the Charlottesville Downtown Mall — which employs about 28 employees, including part-time and full-time —  has had a policy that encourages employees who are not feeling well to take the day off.

But to prevent the spread of the COVID-19 virus, there’s a stronger push for employees to take days off even if they think they might be sick, including those exhibiting fever symptoms, coughing or sneezing.

“The only way to deal with this is to sanitize,” said Hale, adding that his staff sanitize anything that is touched.

With 30 years in the hospitality industry, Hale said he’s worked through the outbreak of several epidemics, including the flu. But this is the first time he’s seen people reacting to the outbreak.

“Sunday was probably the worst Sunday we’ve had in a long time,” Hale said. “The people who came said it was great to see [a place] open and taking measures to keep [it open],” he said.

There has been less foot traffic at The Nook, but it has not been extreme — between 10% to 15% less — Hale said. 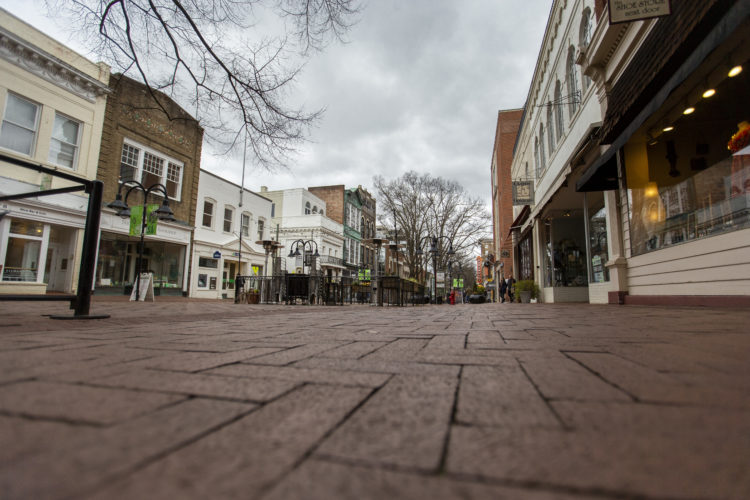 Few people can be seen walking along the Downtown Mall on Sunday, March 15.

“The students being gone is a huge hit to business in town. Cutting down on employees’ hours is a boomerang effect on other business in town,” Hale said. “If people don’t come in to buy food, we can’t sit here and make food.”

The outbreak also is going to affect rent, but Hale refrained from commenting on how his landlord would handle rent for the inside sitting.

But he said he pays rent to the city for the outside patio. Rent for outside sitting is due March 16. Restaurateurs can pay the full rent on Monday  or pay half the rent on that day and the rest no later than July.

Hale said he has not heard from the city if he would get a deal from the local government.

He stressed that he’s concerned how this will impact the economy of the city. For example, patrons pay 11.3% in tax per purchases — 5.3% goes to the state tax and 6% goes toward the city of Charlottesville.

“If something happens to the restaurants, it will be a significant loss to the city,” Hale noted.

Rich Ridge, co-owner of the Fitzroy, weighs in.

Ridge said he spent the weekend thinking about what his challenges are in house, and he has yet to think about reaching out to the local government.

“If restaurants were forced to close, that will have a major impact on our local economy,” Ridge said. “And something like that will certainly require some kind of response from the local government.”

There has been a decrease in foot traffic at the restaurant, he said, but that’s something that’s expected.

As of now, the Fitzroy will operate on regular hours, but the plans are to cut back on hours of operation as deemed necessary to the COVID-19 pandemic, he said.

If restaurants were forced to close, that will have a major impact on our local economy. And something like that will certainly require some kind of response from the local government.

Just like The Nook, employees at the Fitzroy have been prioritizing sanitizing all surfaces.

Ridge said he has always used medical grade, even prior to the COVID-19 pandemic.

Some of the precautionary measures at the Fitzroy, who employs nearly 35 workers, include using personnel differently, like limiting those people coming in contact with the food and having people designated to sanitize surfaces, instead of having multiple personnel in charge of sanitizing.

“Right now, health and safety is first,” Ridge said. “Our challenge now is how do we respect and assist public health needs, while still maintaining a level of business that allows us to serve the community and keep our staff employed.” 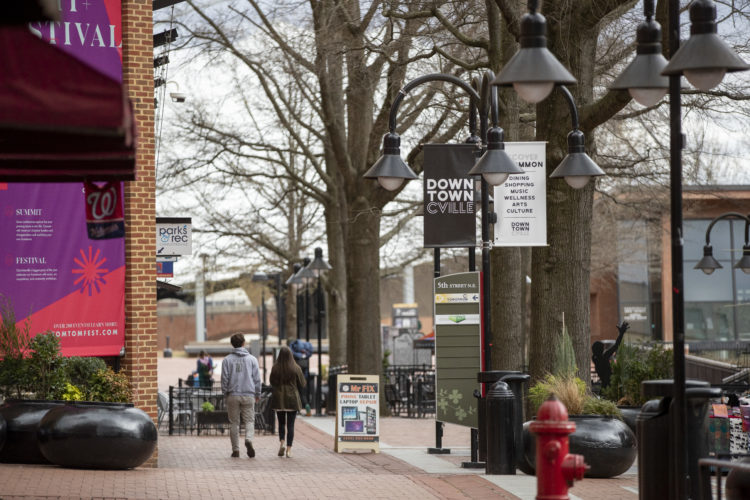 Few people can be seen walking along the Downtown Mall on Sunday.