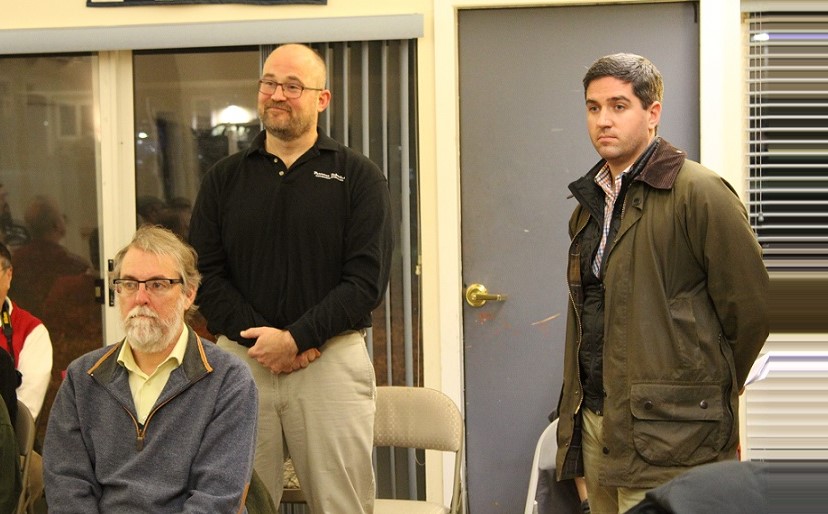 Perrone Robotics, a Charlottesville company that makes software for self-driving cars, wants to relocate to downtown Crozet. Earlier this week, the Crozet Community Advisory Committee endorsed a rezoning with proffers that would make this possible.

Greg Scharer, chief operating officer of Perrone Robotics, said keeping his company in Central Virginia instead of moving to Silicon Valley made it less likely for employees to be “stolen” by other technology companies.

“We see the hub that Crozet is becoming as an opportunity to attract people,” Scharer told the committee. “I’m attracting relatively youthful employees … who want to be able to walk from their work to get goods and services.”

This rezoning would allow the construction of offices for scientific research and development. While the property would retain its original zoning for heavy industry, it might never be used for that purpose again.

Albemarle’s Board of Supervisors is expected to vote on the rezoning at its joint meeting with the county’s Planning Commission on Wednesday. County planning staff has recommended it for approval. Scharer said Perrone Robotics could relocate to Crozet as early as next month if zoning is amended.

Kostas Alibertis was the only member of the advisory committee who voted to not endorse the rezoning. He said his vote was informed by a comment from Crozet resident D.B. Sandridge, who said the committee had not done enough to get input from neighbors of the Barnes Lumber property.

“Having [Perrone Robotics] in that space is wonderful,” Alibertis said after the meeting. “I just want to make sure that we maintain consistency with past development, and don’t compromise neighbors and green space.”

Advisory committee member Leslie Burns said she was excited that Perrone Robotics could bring dozens of high-paying jobs to downtown Crozet. “This is not just a new gift store,” she said.

“It’s exactly what we need to ground the future of our downtown,” he said. “The old industry that was there, you could hear it two and a half miles away. We are talking about something that is quiet, safe and high-tech.”

Perrone Robotics currently employs 15 people. Scharer said the company plans to have a staff of 120 in four years, and wouldn’t put a limit on its future growth. “We have big aspirations to be the Microsoft of cars; to be the operating system that runs all the cars of the future,” he said.

Perrone Robotics could test as many as three self-driving cars each day on a track made from existing roads near the Barnes Lumber property. Scharer said his company uses a strict safety protocol for road tests that includes using human test drivers in the car.

Perrone Robotics would be housed initially in modular structures, similar to trailers used at schools. But the company expects to quickly outgrow the 5,000 square feet these temporary buildings afford.

“I think that really creates a sense of urgency for all of us involved … to begin executing and implementing permanent space that accommodates not just Perrone Robotics, but also other assets, amenities and infrastructure that we want for downtown Crozet,” said L.J. Lopez of Milestone Partners.

Lopez said a permanent office for Perrone Robotics would easily fit into the first phase of Milestone’s redevelopment plan for the Barnes Lumber property. Phase I calls for 75,000 to 85,000 square feet of commercial space.

Scharer said he hopes other technology companies will follow Perrone Robotics to Crozet.

“We want to create a technology corridor … that brings in more people, makes it easier for us to attract good talent and raises the whole tide for the county and the general area,” he said.

One resident asked Lopez if Perrone Robotics and other companies that relocated to downtown Crozet would require a large parking lot, like the one at the University of Virginia Research Park near Earlysville.

Lopez said the property’s zoning would not permit a lot of that size, but a multi-level parking structure could be necessary in the future. “Parking has been identified as an issue that needs to be comprehensively and collaboratively addressed,” he said.