Phase 1C of COVID vaccinations should open in BRHD ‘shortly’ 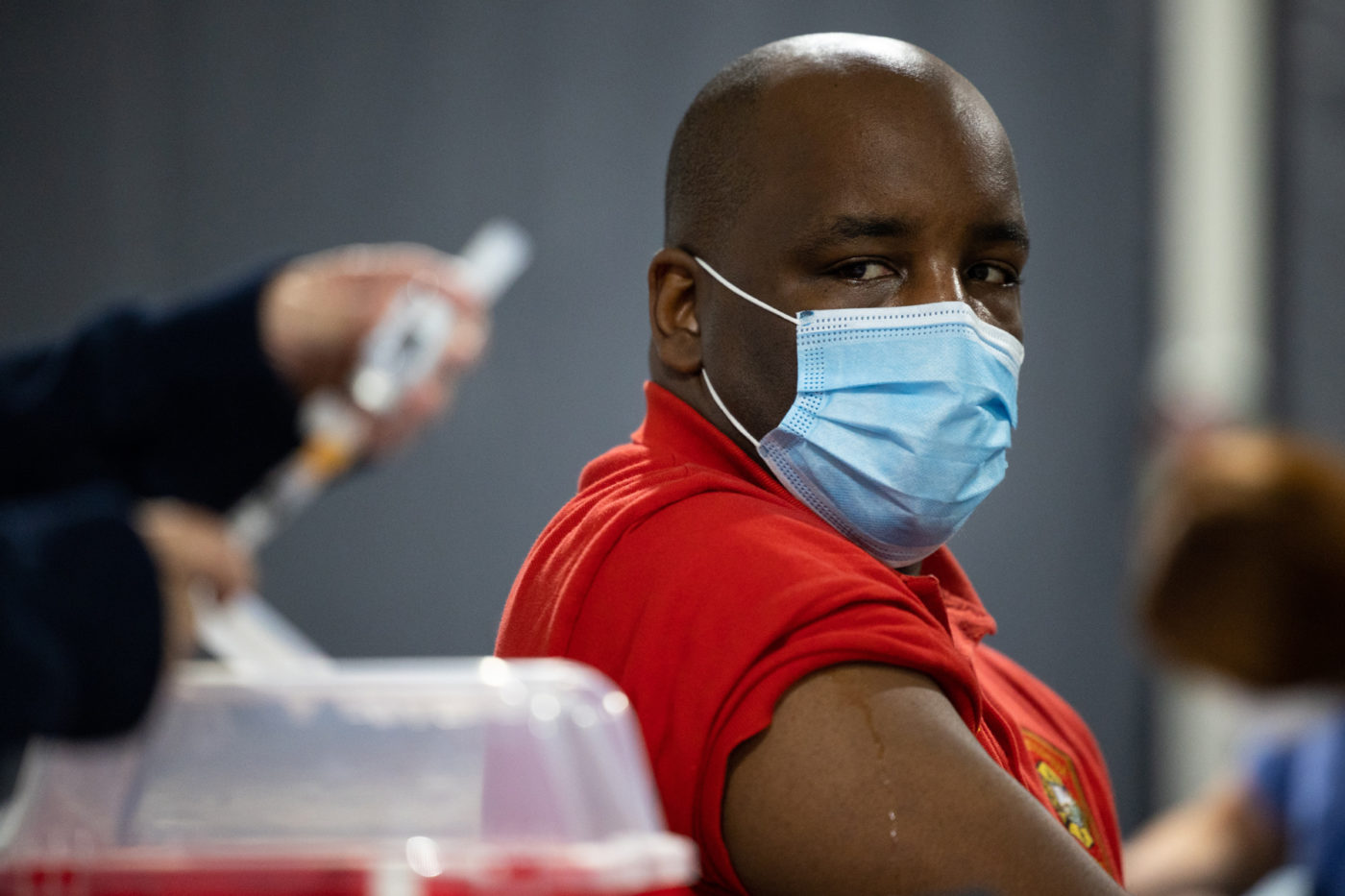 Captain Lance Blakey of the Charlottesville Fire Department prepares to receive a dose of the Moderna COVID-19 vaccine courtesy of the Blue Ridge Health District.

While state health officials say that all Virginia health districts should open COVID-19 vaccines to people in phase 1C within “weeks,” local officials stopped short of making any promises.

The district hopes to offer all remaining individuals in 1B an opportunity for the vaccine by the end of next week.

“Hopefully [we’ll] be able to send out a blanket invitation to individuals in 1C fairly shortly after that,” she said.

The BRHD began vaccinating people between ages 16 and 64 with high-risk medical conditions — also part of phase 1B — less than two weeks ago.

As of Wednesday, around 16% of that group (who have pre-registered with VDH to receive a vaccine) had gotten a vaccine. Meanwhile, 74% of pre-registered people 65 and older have received at least one vaccine.

The district foresees moving through the phases more quickly now, as the local vaccine supply continues to grow.

Next week, it will receive 11,600 doses — that’s nearly four times the weekly amount the district was receiving in February.

“We anticipate that in the coming weeks BRHD’s allotment of vaccine will continue to increase significantly,” the district said in a statement. “By early April, we will see a very substantial increase in vaccine supply.”

The ultimate goal is for vaccines to be open to everyone in the state by mid-April.

Anyone interested in receiving a vaccine from the health district must pre-register with VDH. State health officials say everyone — regardless of what phase they are in — should register now because the state anticipates moving quickly through the coming phases.