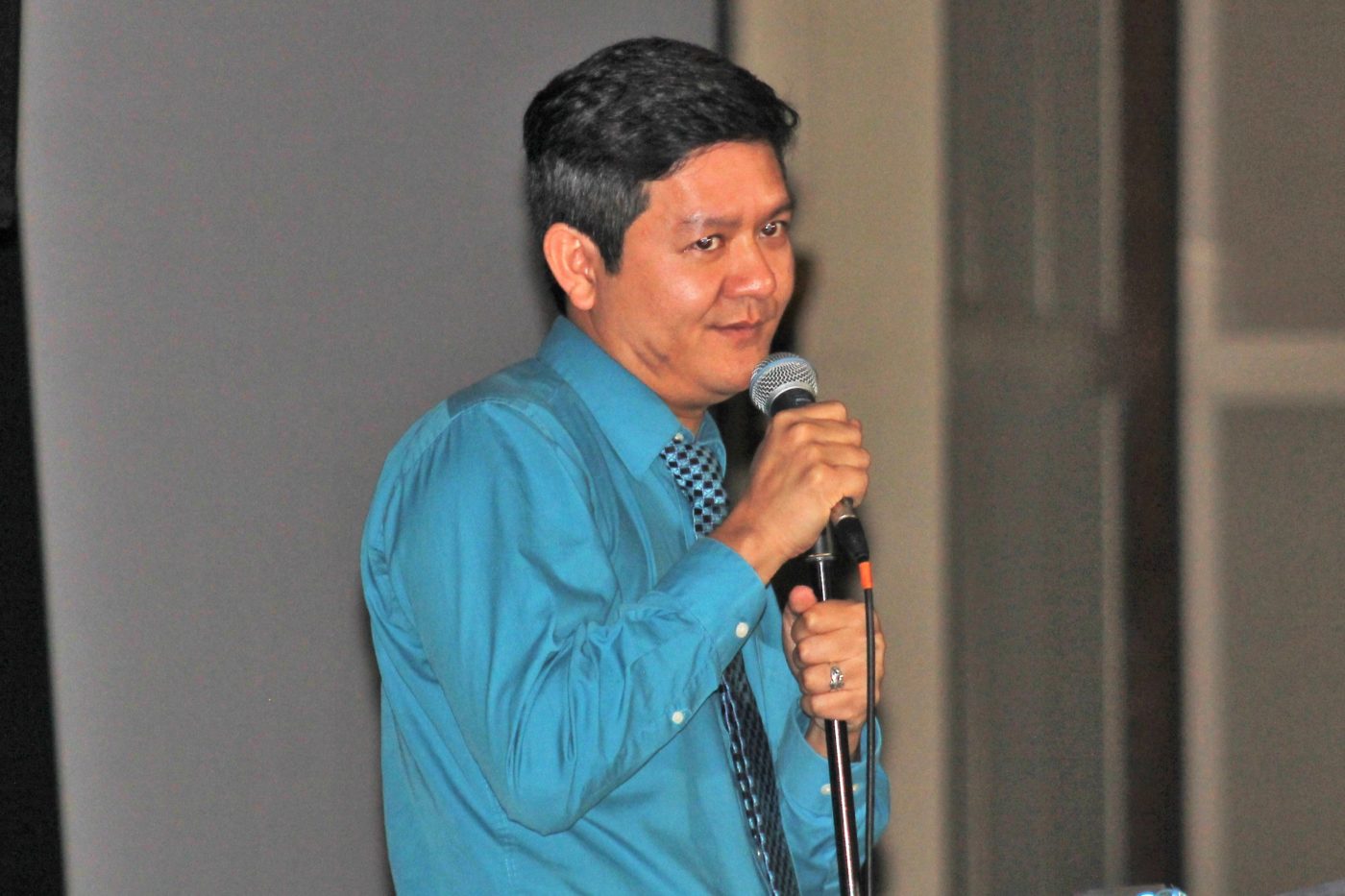 Vu Le is the executive director of Rainier Valley Corps, a capacity-building nonprofit in Seattle.

In his irreverent blog, “Nonprofit AF,” Vu Le tries to help nonprofit employees across the world combat their professional frustrations with humor, encouragement and bold ideas.

“We have an amazing community, an amazing nonprofit ecosystem, and no one sees how awesome we are,” Le said. “There are, like, 90 shows about baking cakes. Where are the shows about the awesome things that we do?”

Le was the keynote speaker at the 11th annual Philanthropy Day Luncheon, a fundraising event of the Center for Nonprofit Excellence. The CNE seeks to educate and strengthen local nonprofits with workshops, networking opportunities and other resources.

“Vu is a national thought leader, and his blog has many enthusiasts in Charlottesville,” said Cristine Nardi, executive director of the CNE. “He has the ability to hold us accountable, while doing it with compassion and respect.”

Le is the executive director of Rainier Valley Corps, a Seattle nonprofit that mentors emerging leaders of color during two-year placements at host organizations that serve communities of color.

“Strengthening leaders and communities of color is something of deep importance across the country, but particularly in Charlottesville,” Nardi said. “We have a lot to learn from Vu’s experience and his organization.”

Le said in an interview that Seattle residents were deeply shaken by the violent white supremacist demonstrations that took place in Charlottesville last year.

“We were horrified but also inspired by how the Charlottesville community [responded],” Le said. “We have to address systemic racism and inequity in the world. We can’t just deny it.”

A power outage at the Boar’s Head Resort forced Le to improvise parts of his presentation instead of relying on PowerPoint slides.

As candles flickered on banquet tables, Le spoke about the challenge of confronting issues of systemic racism and inequity “without feeling like we are horrible human beings when we make a mistake.”

Le said he recently was asked by a deaf person to provide closed captioning on his Facebook Live videos so that person and others with hearing impairments could understand them.

“I make mistakes all the time,” Le said. “It’s not because I am a bad person. It’s just what privilege does.”

Le also spoke about specific issues of nonprofit management. As in many of his blog posts, he criticized foundations and grant givers that heavily restrict how their funding can be used.

“The more we are stopped, the less time we have to put out the fires. And the fires are spreading,” Le said.

Le said he gets frustrated when businesspeople offer condescending advice to nonprofit leaders. He wryly referred to this phenomenon as “biz-splaining.”

“There are clear differences between the two sectors, and we need to understand them,” Le said.

Unlike businesses, successful nonprofits often take on greater expenses without increasing their revenue as they grow, Le said.

“As we become more successful, we become less sustainable,” he said.

Le urged nonprofit leaders to not give in to pressure to reduce overhead expenses on staffing and administration.

“Overhead is not a thing. It is a symptom of not trusting one another,” Le said. “Stop using arcane voodoo magic in Excel to get your numbers down. … Trust is what keeps people in this work.”

“Many of the people you help every day may never come back to you to say thank you. But your work makes a difference that you may never see,” he said.