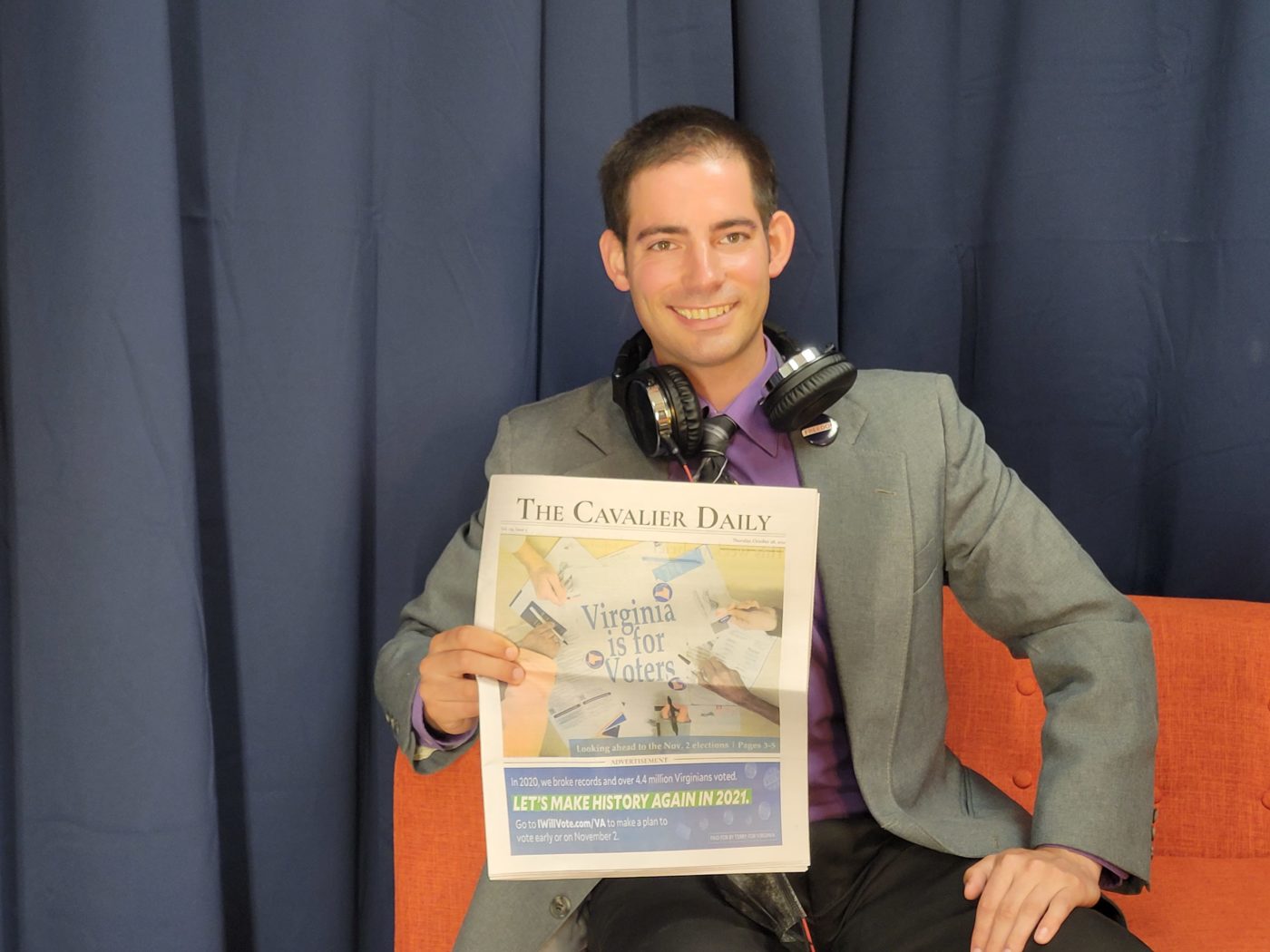 Phillip Andrew Hamilton has spent years working for political candidates around the country. Now he is one.

The George Mason University alum had previously been involved with the Democratic party in high school before realizing his policy stances aligned more with the Republican party — albeit with Libertarian leanings. He’s since worked for candidates around the country like former Virginia congressman Dave Brat before he moved to California where he’s worked as a paralegal.

After moving to Charlottesville last year — a move prompted in part by COVID-19 restrictions from California governor Gavin Newsom — Hamilton decided to challenge incumbent Democrat Sally Hudson for the 57th District seat in the House of Delegates.

“I believe in medical freedom,” he explained of his opposition to mandates around masks and vaccines. “We can still encourage people to get vaccinated.”

He wants to abolish Alcoholic Beverage Control in the states so that liquor stores could be privately-owned instead of state-owned.

One of his main goals, if elected, is to implement term limits on state and local offices by adjusting the state’s constitution. He has also signed a pledge through an organization that advocates for limits nationwide.

He supports the General Assembly’s ongoing efforts to create a legal marijuana market in Virginia and said he will work to make sure business licenses are granted at a low cost so that it will be an accessible market. He also wants to expand the number of plants people can legally grow in their homes from four to 15.

Additionally, Hamilton commends the current legislature for its work to expand voting access and said he voted early to “lead by example” — but he would like to require photo identification in order to vote and a yearly audit of voting machines.

Current Virginia law already allows for audits, but Hamilton would like to see them happening annually.

Election integrity has emerged as a national issue over the past year following former president Donald Trump’s efforts to challenge the results of the 2020 presidential election culminating in a rally-turned-riot at the United States capital on Jan. 6 of this year — which Hamilton attended.

“I attended the rally because I think we need to have voter integrity,” he said.

As of his Oct. 29 interview with Charlottesville Tomorrow, self-filmed videos of the day were on his YouTube account and show his perspective from  walking to the Capitol building and later standing on the Capitol steps. In one of the videos he claimed that “thousands and thousands” of votes had been miscounted and that the gathering was “about preserving the voting institutions that we have.”

While Trump flags were aplenty at the event, Hamilton said that he actually voted for Jo Jorgensen in 2020 and wants to see more third-party candidates. In Virginia’s current gubernatorial election, he has been disappointed by the exclusion of Princess Blanding — running on a Liberation Party ticket, a party she created — from debates and has defended attacks against her on social media.

It’s his public support for Blanding that he said bothered staff for Blanding’s GOP opponent, Glenn Youngkin. Hamilton claimed that despite being a Republican candidate himself, he’s not received funding from Youngkin’s Virginia Wins political action committee and that Youngkin’s campaign staff threw Hamilton’s campaign materials out of the regional GOP office. Hamilton has since filed a lawsuit.

Hamilton claims that he is a descendant of founding father George Mason and that’s why attending George Mason University was so special to him.

In moving back to Virginia, he appreciates how many influential historical figures, for better and for worse, came from the state. It’s why he doesn’t agree with the General Assembly’s bill that allows localities to remove or relocate its Confederate war memorials. In opposing the removal of Charlottesville’s Confederate monuments, he said he wishes there were more types of monuments in the area and elsewhere to “diversify historical representation.”

He pointed to the Emancipation and Freedom monument in Richmond as an example of memorializing the fight for civil rights and the end of slavery and Charlottesville’s Vietnam memorial as a place to honor fallen soldiers. Hamilton would support added context to existing monuments to Confederate soldiers.

Opposition to critical race theory has also emerged as a campaign issue in this election cycle, including in an Albemarle County school board race. Hamilton said he would support bans placed on teaching it in K-12 classrooms.

Critical race theory is a legal framework taught at the collegiate level that explores how systems and institutions have disadvantaged people based on their race. School boards, including Albemarle’s, have stated that they do not teach CRT.

While Hamilton calls America’s history of slavery, the era of Jim Crow laws and the internment of Japanese-Americans during World War II “sins,” his concern of critical race theory is that he believes it “creates division.”

“We need to teach what happened. I’m for teaching all history. And I believe that we should do what we can to fight racism at every level. However, the problem I have with critical race theory is that it imposes a new type of racism,” Hamilton said. “You can’t fight racism with racism. We’ve moved so far along as a society. We shouldn’t be telling a person or a student as a white person that ‘you are an oppressor at birth.’”