Phillip Seay officially launches campaign for Albemarle Board of Supervisors 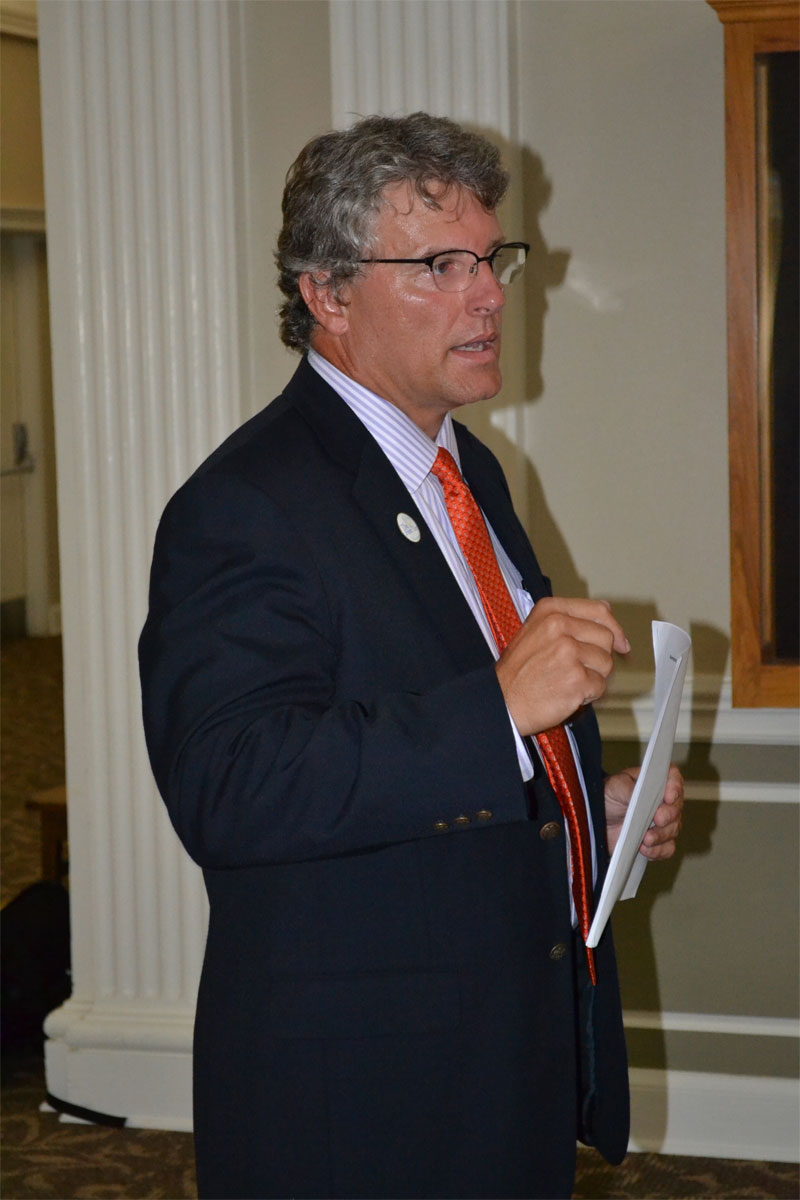 Phillip Seay, Director of The First Tee of Charlottesville, has officially announced his candidacy for the Jack Jouett District seat on the Albemarle County Board of Supervisors.

“The majority of my life has been that of a public servant in the Commonwealth of Virginia,” said Seay Wednesday in the lobby of the Albemarle County Office Building.

Seay, 52, will be running against fellow independent and current school board member Diantha Mckeel.

Both are vying to succeed Dennis S. Rooker who is not seeking a fourth term.

Seay cited a long list of public positions: A deputy sheriff for five and half years, a state juvenile probation counselor, a high and middle school teacher and administrator, including several years at Buford teaching civics, and work as a sports coach.

Since 2006, Seay has been the executive director of the Charlottesville chapter of The First Tee, a youth mentoring program that builds life skills through teaching golf. He helped launch the program in 2002.

“I believe these experiences have prepared me to serve as your County Supervisor,” Seay said. “It has provided me a unique understanding of how government works and does not work, at the ground level.”

“Are [our tax dollars] truly being spent on the goods and services that our county government is duty bound to provide our residents?” asked Seay.

He referenced his time as a teacher and said the most important place education funding could go was in the classroom.

Seay, who previously lived near the path of the proposed U.S. 29 Western Bypass, said he would have voted no if it had been his choice.

“Yes I was adamantly against it,” said Seay.  He also stated he would vote against the road if it were to return for a vote before the board.

“But now if we are to the point of moving forward, let’s move forward and make it the best road possible,” Seay added.

Present for Seay’s announcement were three members of the board who voted for the Western Bypass, Kenneth C. Boyd (R-Rivanna), Duane Snow (R-Samuel Miller), and Rodney S. Thomas (R-Rio).  Both snow and Thomas are running for re-election.

During his announcement he was surrounded by family, friends, former students and co-workers.

Seay stressed he was no one special.

“I am an average middle class tax paying resident who still believes in the idea of government by the people,” said Seay.

He added, “I believe elected representatives, and especially at the local level must know the pulse of all their constituents.”

He said he would strive to listen to all the people and their views even if they weren’t going to vote for him.

Three other seats on the board will be on the November ballot.

William B. “Petie” Craddock was appointed earlier this month by the board to fill the seat between now and the election.  Candidates from Scottsville have until August 16 to qualify to be nominated by a political party or to run as independents.

The general election is November 5th.