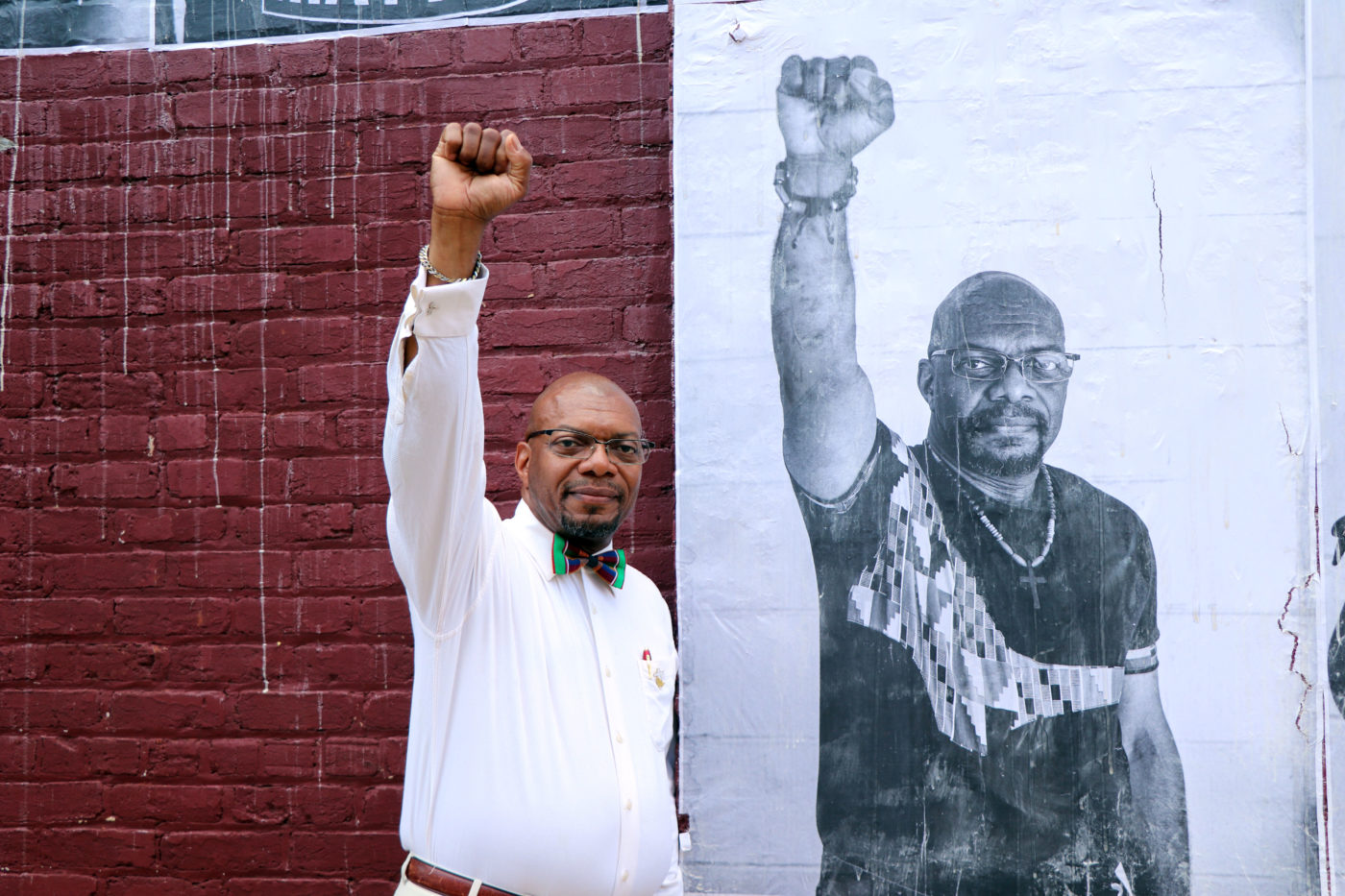 Community Organier Don Gathers stands next to his portrait.

A public art project that is a part of Charlottesville’s Unity Days was unveiled over the weekend on the side of the Violet Crown theater. A crowd of more than 50 gathered along Second Street Southwest to celebrate Charlottesville’s diverse array of activism and advocacy. Composed of portraits taken by photographers Ézé Amos and Kristen Finn, “Inside Out: This Is What Community Looks Like!”, features various local activists and advocates for racial justice and equity, LGBTQ+ communities, mental health, education, affordable housing and more.

Lisa Draine, the mother of a University of Virginia student who was injured in the Aug. 12, 2017, attack by James Fields Jr., had international inspiration to bring Inside Out to Charlottesville. French photographer JR’s Inside Out Project is a global platform that allows communities to transform untold stories into larger-scale participatory art projects.

“We are just a few blocks from the spot where a terrorist car attack killed Heather Heyer and injured dozens of other anti-racist activists, including my daughter,” Draine said. “This year we want to tell a different story, one that shows what it looks like when a community fights back against the destructive forces of white supremacy, hatred, and systemic racism.”

Below are some photographs from the event.