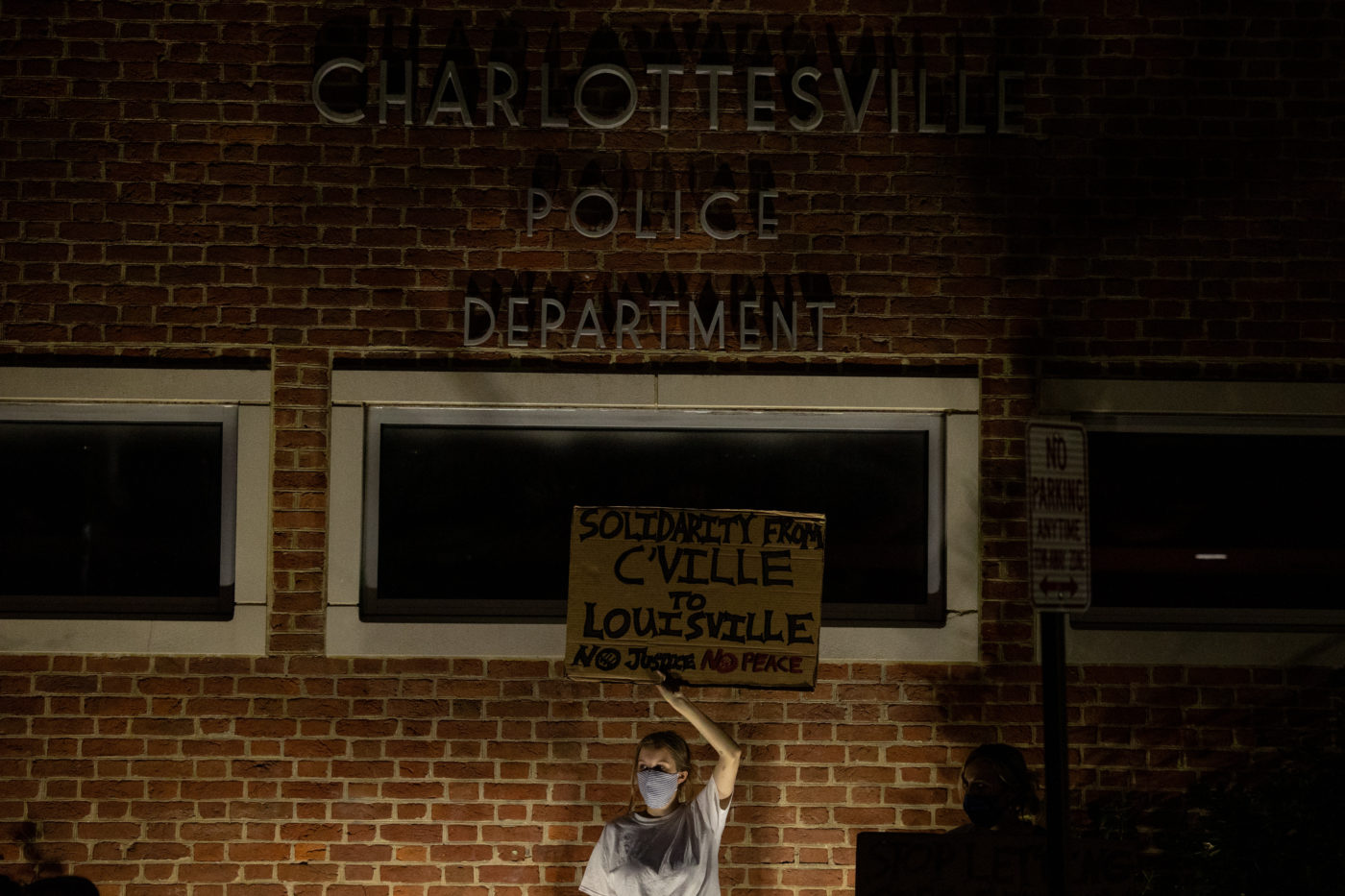 After a Kentucky grand jury on Wednesday declined to file charges againsts the police officer who earlier this year shot and killed Breonna Taylor in her home, protests erupted across the country that evening. In Charlottesville, more than 100 activists took to the streets hours after the decision was announced, marching in solidarity with Taylor’s hometown of Louisville across a bridge built during the heart of the Civil Rights Movement.

From the Belmont Bridge, the protest headed down Market Street to the front of the Charlottesville Police Department.

Ang Conn, a local activist and organizer of the march, explained that “We’re here tonight in protest of the murder of Breonna Taylor.” She went on to say that “[We are] calling for the defunding of the police that will result in overall abolishing the police institution as we know it.”

Defunding the police has been an idea shared by many activists over the summer including community organizer Don Gathers.