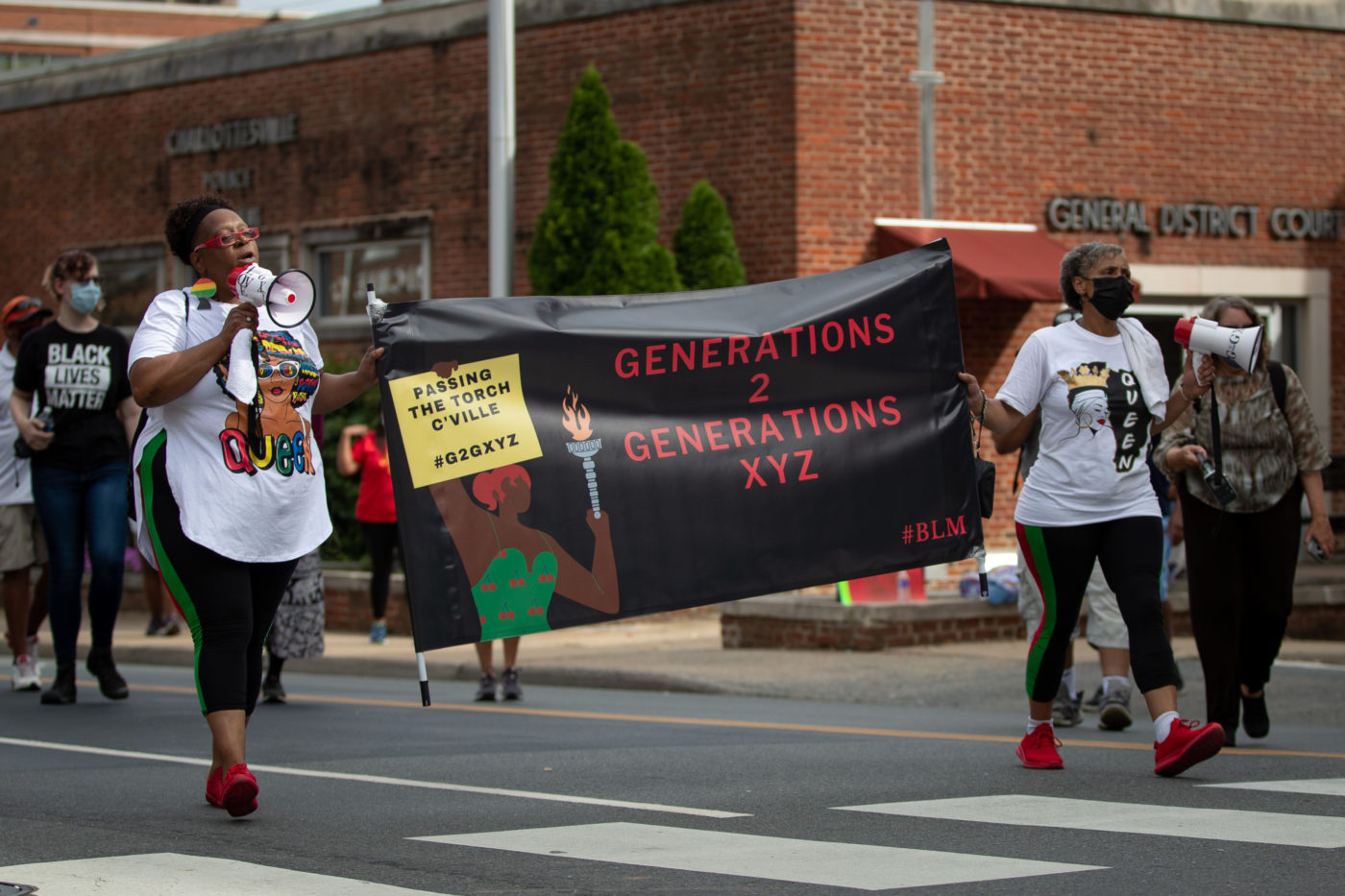 Free Newsletter
On Thursday, Charlottesville City Manager Tarron Richardson released a statement reiterating a citywide ban of gatherings of 50 or more people —  and specifically warned against a gathering planned for the next day.
The next day, activists Rosia Parker and Katrina Turner, wearing shirts that read “queen” and matching red shoes, took to the streets regardless.

A group of demonstrators began congregating outside of the Charlottesville Police Department at 4 p.m. The group of about 30 began their march up the middle of the street behind a banner reading “Generations 2 Generations XYZ” and “Passing the torch C’ville.“ Stopping occasionally along the way to speak in the middle of typically traffic-filled intersections, the demonstrators marched until they reached Tonsler Park.

At the intersection of McIntire Road and Preston Avenue the group was joined by Tha Pack Motorcycle Club, an organization based in Fluvanna that is dedicated to motorcycle life, positivity and giving back to the community. The motorcycle club formed a line ahead of the marchers to separate them from a group of Charlottesville Police Department motorcycles and a Charlottesville Public Works dump truck.

The protestors marched passed those streets, various onlookers, and a booth set up by a pair of residents to register people to vote before arriving at Tonsler Park where food that Turner had prepared for everyone was set up.