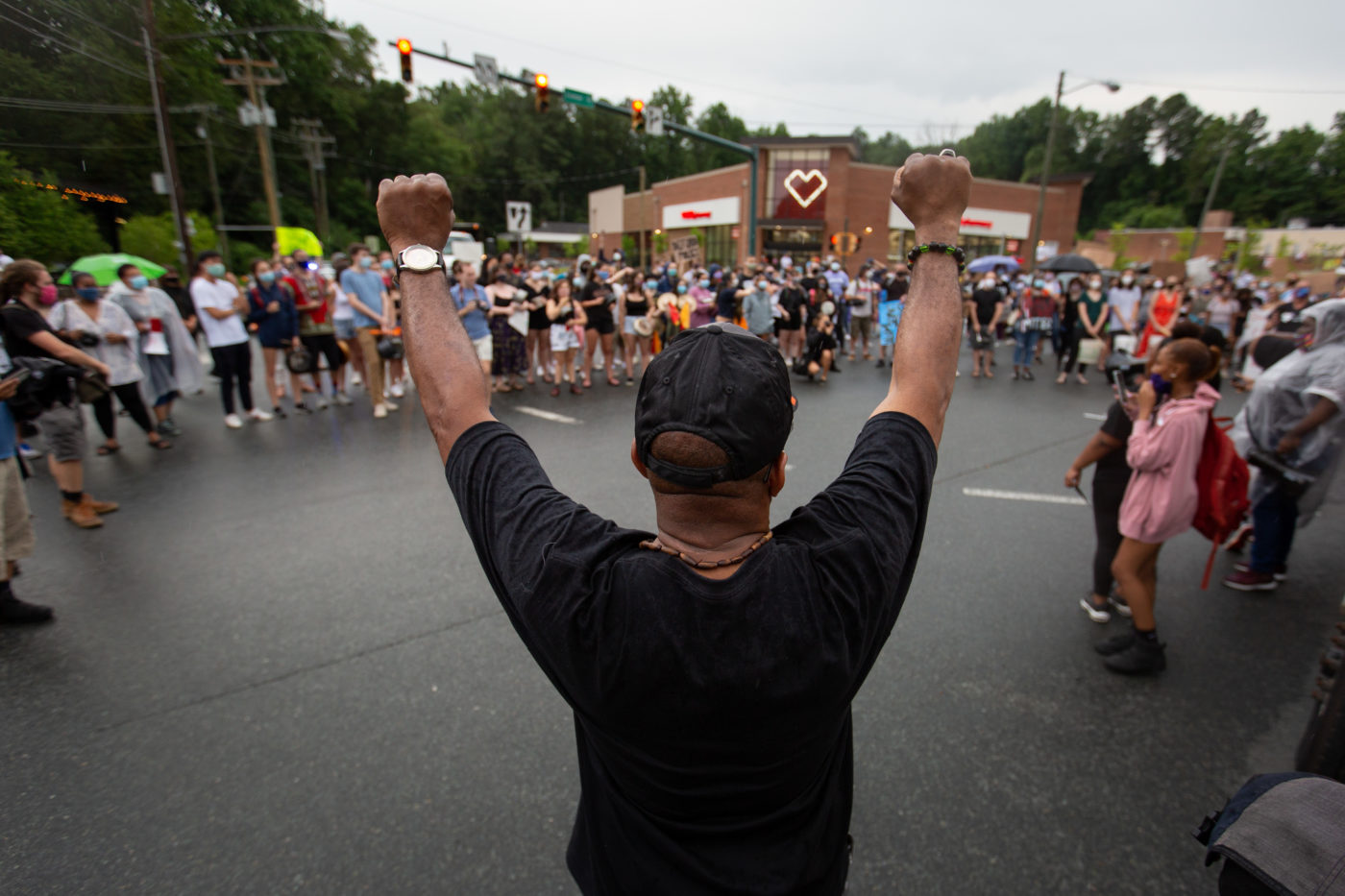 Since its opening in 2006, John Paul Jones Arena has not been a stranger to screaming crowds and loud noises. It has heard the roaring engines of monster trucks, ear piercing guitar solos and of course, the raucous cheers of the University of Virginia Cavaliers faithful.

On Saturday, the noise came from just outside its front doors.

Hundreds gathered in the parking lot of the arena armed with pots and pans, drums, car horns and chants of “Defund the police” as part of the Defund the Police Block Party.

At around 6:25 p.m., demonstrators took to the streets, marching down Massie Road and turning left onto Emmet Street. They marched down the middle of the street pausing only to kneel in silence for a few moments before resuming their chants and continuing to the intersection of Emmet Street and Barracks Road.

At the intersection, the crowd massed around a police vehicle and a public works truck. Organizers led chants and gave a few speeches before handing the megaphone to members in the crowd who felt compelled to speak.

After about two hours, the crowd headed back toward John Paul Jones Arena and the Charlottesville Police Department declared Emmet Street and Barracks Road open just after 9 p.m.