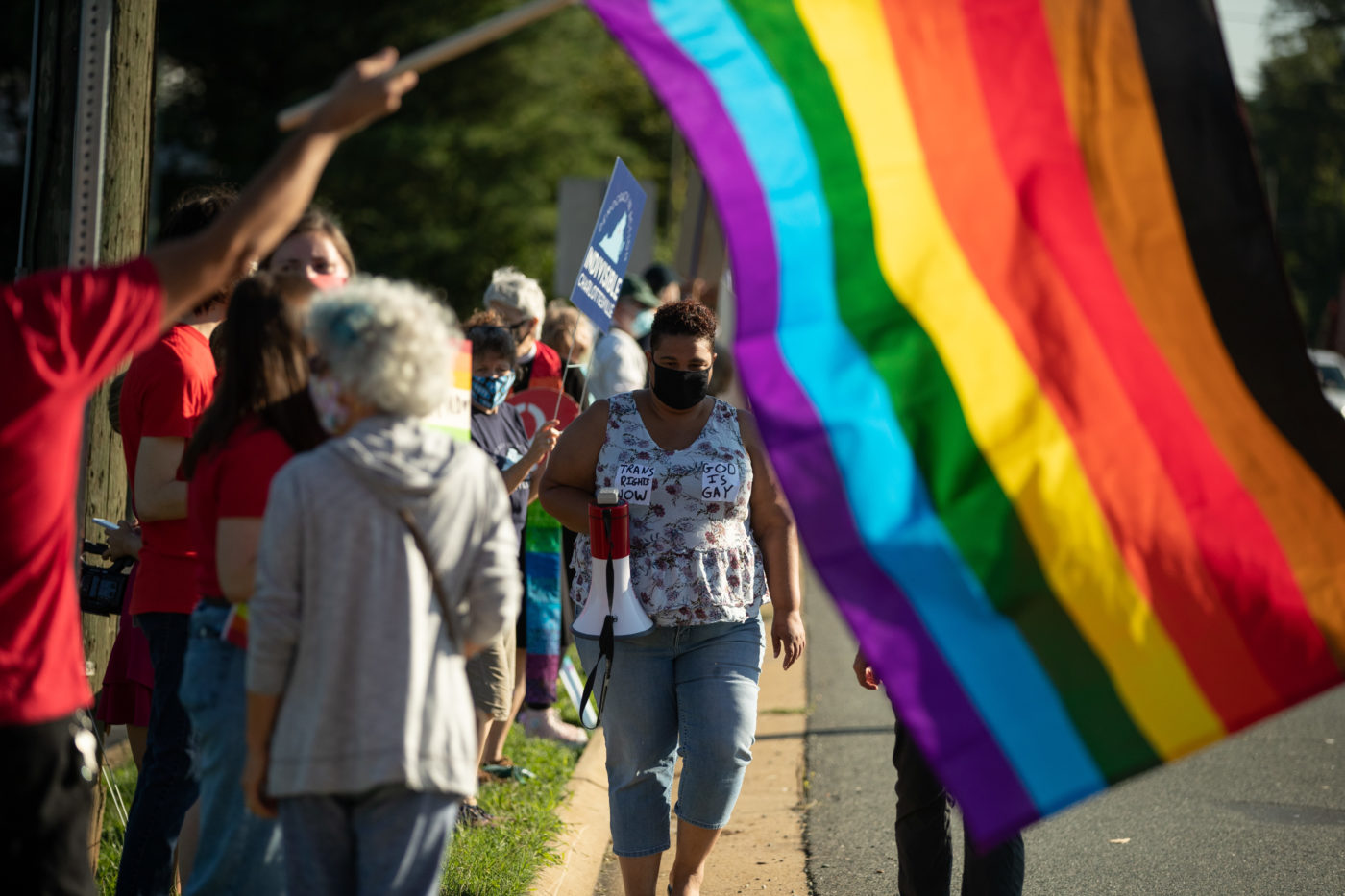 Dozens of demonstrators lined Hydraulic Road in front of Connect Church to protest Good and his views on LGBTQ rights. The candidate had been scheduled to speak at the Virginia Liberty Summit for Pastors hosted by the Rev. Bull Cook, founder and CEO of America’s Black Robe Regiment, but the event was cancelled. Good attended a closed-door event later on Tuesday in Madison County.

The demonstration was organized by Indivisible Charlottesville, a local group “dedicated to empowering citizens to oppose the Trump agenda and defend democracy” according to its Facebook page.

Organizer David Singerman explained that, “We are here to show Bob Good that his hatred and bigotry aren’t welcome in our congressional district.” Singerman went on to say that “[Indivisible Charlottesville is] organizing lots of efforts to help progressives win up and down the ballot.”

Local activists Ang Conn and Kathryn Laughon were among those marching up and down the sidewalk, bullhorns in hand, leading chants and energizing the crowd.

“I’m here with residents of the fifth who stand against bigotry and hatred and racism” said Laughon.