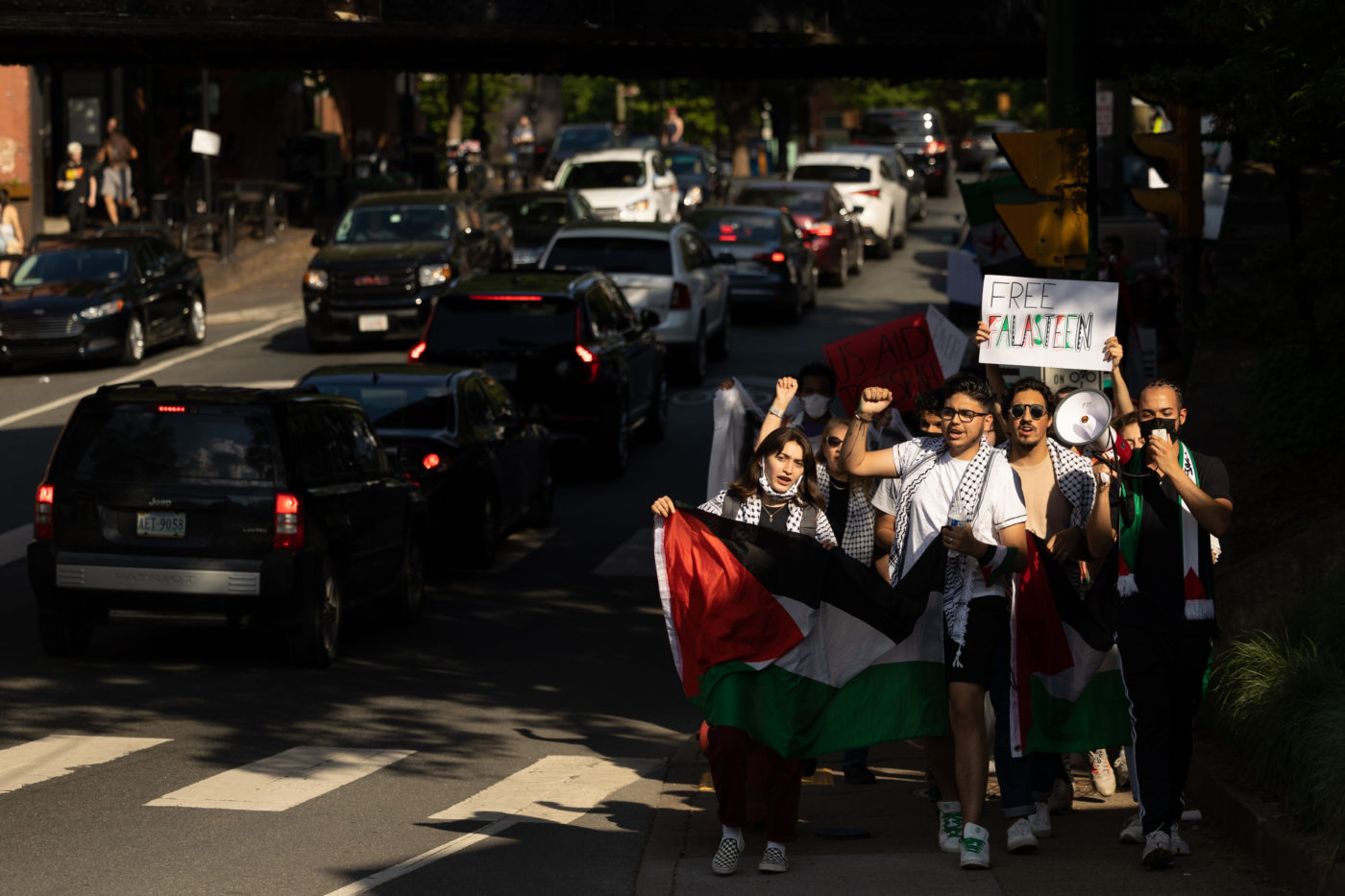 Throughout the past year, shouts of “Black lives matter” and “defund the police” have reverberated through the streets of Charlottesville. Some of those voices have now taken up another call: “Free Palestine.”

On Thursday, more than 100 University of Virginia students and community members gathered at the George Rogers Clark statue, which has been a point of contention in recent years for its depiction of Clark’s slaughter of Indigenous people, and then marched to the Rotunda in protest of violence that has increased over the past month between Israel and Palestinians living in Gaza, East Jerusalem and the West Bank. The region currently is under a tenuous cease-fire. 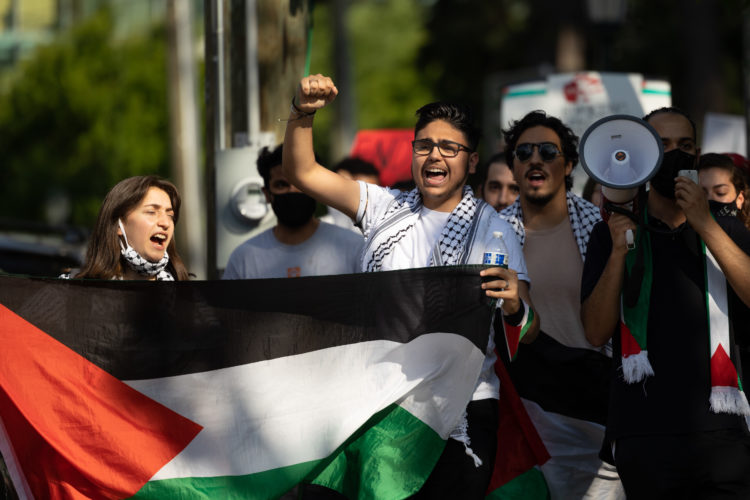 Friction over this land dates back thousands of years, with both Palestinians and Israelis holding claim to it. The recent conflict began when Jews fled an antisemitism-riddled Europe and returned to where their ancestors once lived, a land then occupied primarily by Arabs and Muslims. When Israel was declared an independent state in 1948, five of the surrounding Arab nations immediately attacked. There have been many violent conflicts since that time, the most recent of which began in April of this year, following disputes over land between Palestinians and Israelis. After Israeli police raided al-Aqsa Mosque in Jerusalem on May 10, riots broke out in multiple Arab-Jewish cities in Israel, escalating to rockets being fired at Israel from a Palestinian refugee camp and Israel striking targets in Gaza. 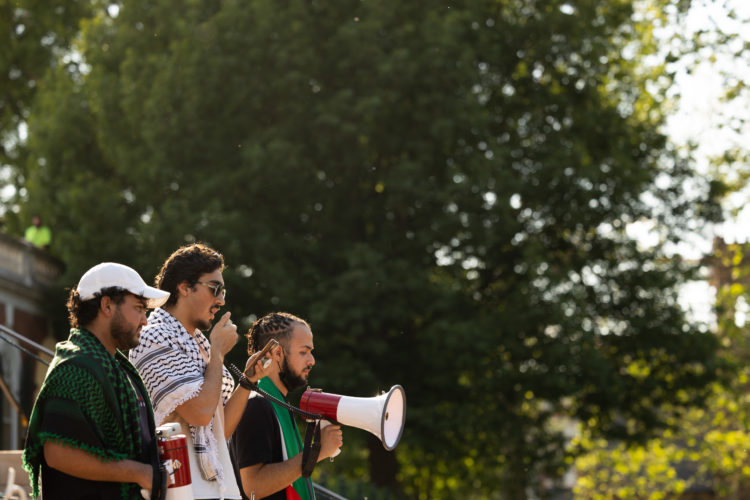 On the white marble steps of the Rotunda, the crowd of demonstrators waved flags and chanted as a megaphone was passed between speakers.

“We cannot allow this to continue being perceived as just more senseless violence in the Middle East,” said UVA medical student Najwa Labban. After calling for support for Palestine, she demanded that the United States government stop sending money to Israel. Demonstrators were encouraged to text their representatives in favor of House Resolution 2590 regarding U.S. aid to Israel. 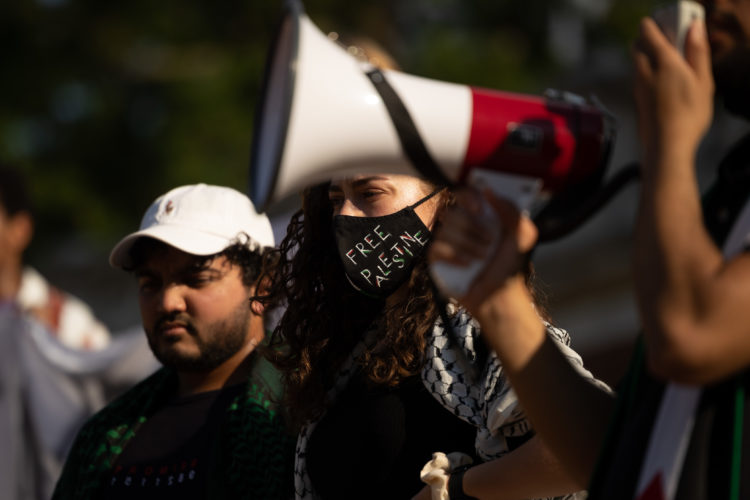 Local activist Ang Conn agreed, claiming that “the U.S. is causing this conflict by sending $3.8 billion in funding to Israel.”

Conn continued by calling the United States a “global oppressive force” and linking the plight of the Black citizens of America to that of the Palestinians in Gaza.

“We must connect our struggles here with policing to the global struggles against the police state,” she said. “Activists have called Palestine an ‘open air prison.’ We call for the abolition of all incarceration.”

Fourth-year UVA student Karim, who declined to give his last name, encouraged the crowd to “read about the plight of Black Americans against systemic racism in the United States.”

He went on to say that “when we read, we’re empowered to know the truth. When we read, we learn that the fight for liberation is one unified fight across the world.” 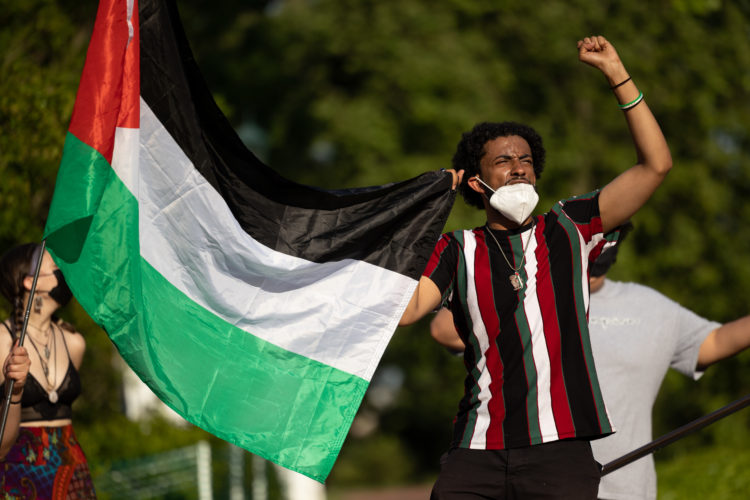 Following Karim, fourth-year student and activist Sarandon, who declined to give her last name, spoke to the crowd, invoking the killing of Michael Brown in 2014 and mentioning that his death was around the same time as the 2014 Gaza War.

She talked about the support that the Black and Palestinian communities have shared saying that “it is with the utmost importance we continue the Black radical tradition of supporting our Palestinian brothers and sisters.”

After 11 days of violence, Israel and Hamas agreed to a ceasefire at 2 a.m. local time. Instant celebration erupted in the streets of Gaza. 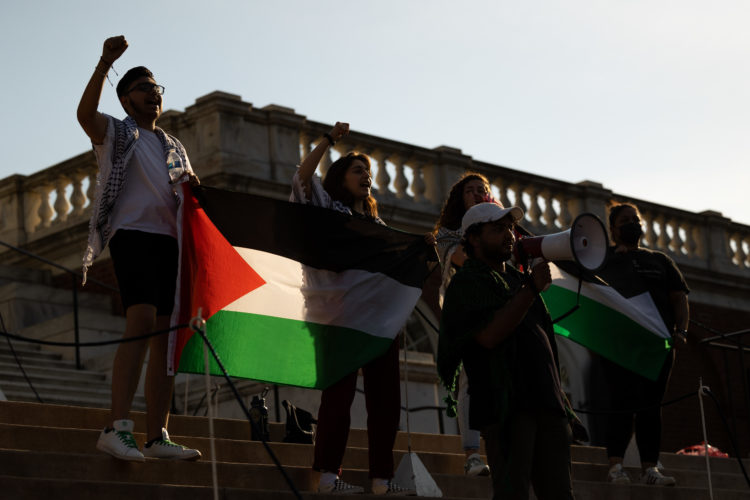