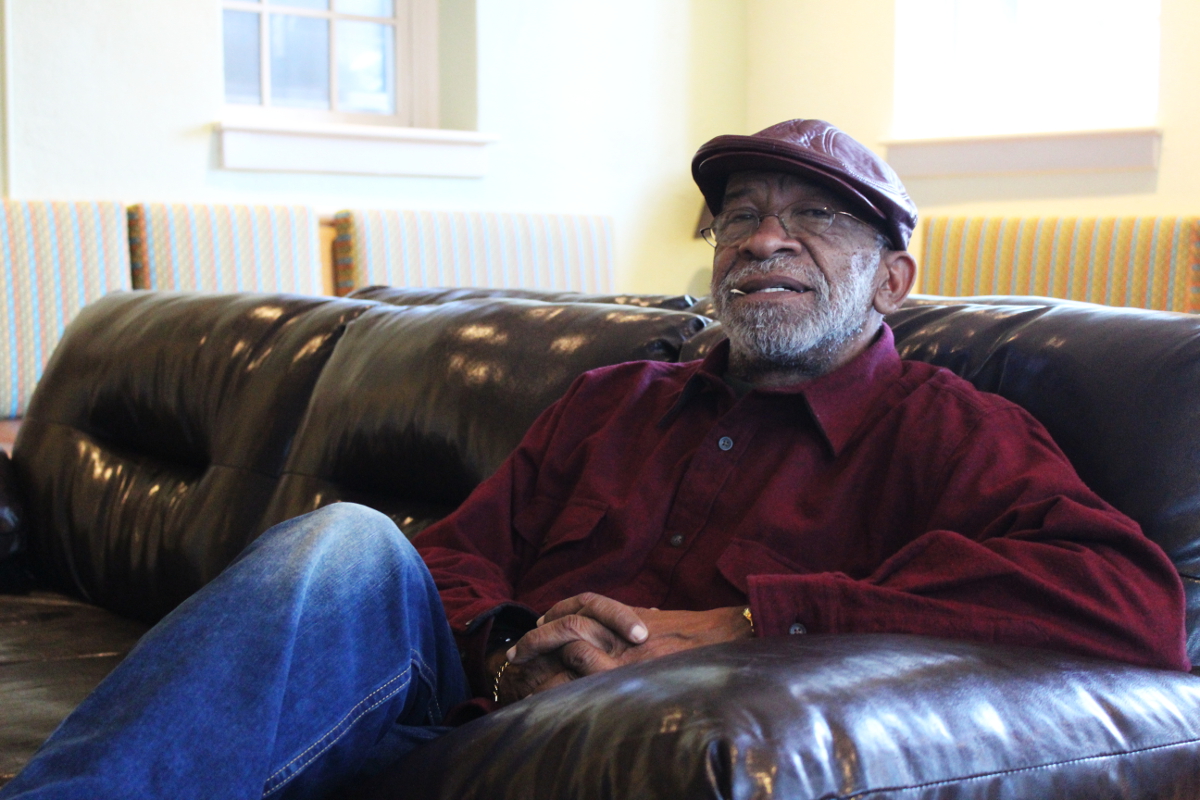 The Thomas Jefferson Area Coalition for the Homeless recently conducted its annual survey of those sleeping in emergency shelters or outdoors.

The Point-in-Time Count, conducted last Wednesday night and Thursday morning, gives the U.S. Department of Housing and Urban Development an estimated size of homeless populations across the country.

The Crossings, which opened at the corner of Fourth Street Northwest and Preston Avenue in Charlottesville in 2012, has 60 units of affordable housing. Half of the units are reserved for people who are disabled and have been homeless for over a year or four or more times recently.

“Having 30 new places for chronically homeless folks to go live — that’s a big deal,” Haro said. “I think you see that in the data, too.”

The number of people sleeping outside, though, has not gone down significantly. This group in particular is motivating Haro as he directs the count this year.

“We are really trying to identify people who are staying outside, which we’re estimating is about 20 or 30 people,” he said. “This is a chance to reach out, say hello, to try to establish a relationship with someone we maybe haven’t in the past, and then to follow up.”

Earning and keeping the trust of the homeless population is key to Haro’s strategy for the survey. That’s why he only sent out about 20 volunteers this year, all of whom are familiar to the homeless community.

Herb Dickerson, outreach coordinator at The Haven, is one of those experienced volunteers. One evening in late January every year, Dickerson goes from campsite to campsite, counting people and administering the survey.

“It’s scary sometimes. I mean, you walk in the pitch-black dark with a flashlight. I’ve walked up on people so close that when I actually saw them, they were this close to me,” Dickerson recalled, holding his hand a foot from his face. “I actually knew the guy, and he knew me. We’d never seen each other so late at night, but it was OK.”

Haro, who joined the Thomas Jefferson coalition in September, said he learned through a similar position in Charleston, South Carolina, that working with public sectors helps make the Point-in-Time Count more accurate.

“Police stations are a big help with just identifying which campsites to go to,” Haro said. “I’ve worked with police officers in plainclothes doing the PIT Count. They oftentimes knew folks and had a great relationship.”

Haro has learned not to do the survey with officers in uniform.

“That didn’t work as well, because people didn’t have the same first impression of what we were trying to do,” he said.

Even with all these precautions, the PIT Count is limited. This past Wednesday was unseasonably warm for January, which may increase the numbers of people choosing to sleep out of a shelter. Haro said the survey is by no means a census of the homeless or a good indication of the causes of homelessness.

“The school system considers someone doubled up — not in their own place, or with family, or living in a hotel — as homeless, and the Point-in-Time Count numbers do not include those,” Haro said.

For data on the causes of homelessness, Charlottesville advocates prefer the information the shelters collect every day.

They need to start doing more for the women. It’s like the women don’t even exist.

For example, HUD requires People and Congregations Engaged in Ministry, a local organization that provides wintertime shelter and services for the homeless, to report everything from Social Security numbers of guests to their race to past health ailments.

“It basically comes to a two-page intake form when we’re finished,” said Adriana Nicholson, program director of PACEM. “For us, the piece that makes the data entry work is we get to know who our clients are and what their problems are.”

One of these solutions is The Haven’s Rapid Re-Housing program, which pays the security deposit and first month of rent for individuals and families who are able to support themselves financially but don’t have any extra savings.

Christy Handy said she is hoping the Rapid Re-Housing program will help her to get back on her feet. She was a number on the PIT Count a few years ago and became homeless again recently after her father passed away.

“I wasn’t on my father’s lease. They basically told me, ‘He’s dead and you’ve gotta get out.’ Even though they knew I was there taking care of him all this time,” Handy recalled.

Handy said she is hoping the Point-in-Time Count will lead to a new shelter for homeless women.

Handy said she imagines two women would live in each room of the new house. Currently, she is staying with about 18 other women in one of PACEM’s partner churches.

She said some shelters can be difficult for older women.

“You have to deal with the younger girls — their music, their cussing and arguing. The older women just want to lay there. We’ve been out all day. We want to come in, eat and lay down and go to sleep,” Handy said.

The final results of the 2018 Point-in-Time Count will be available at tjach.org in a month.