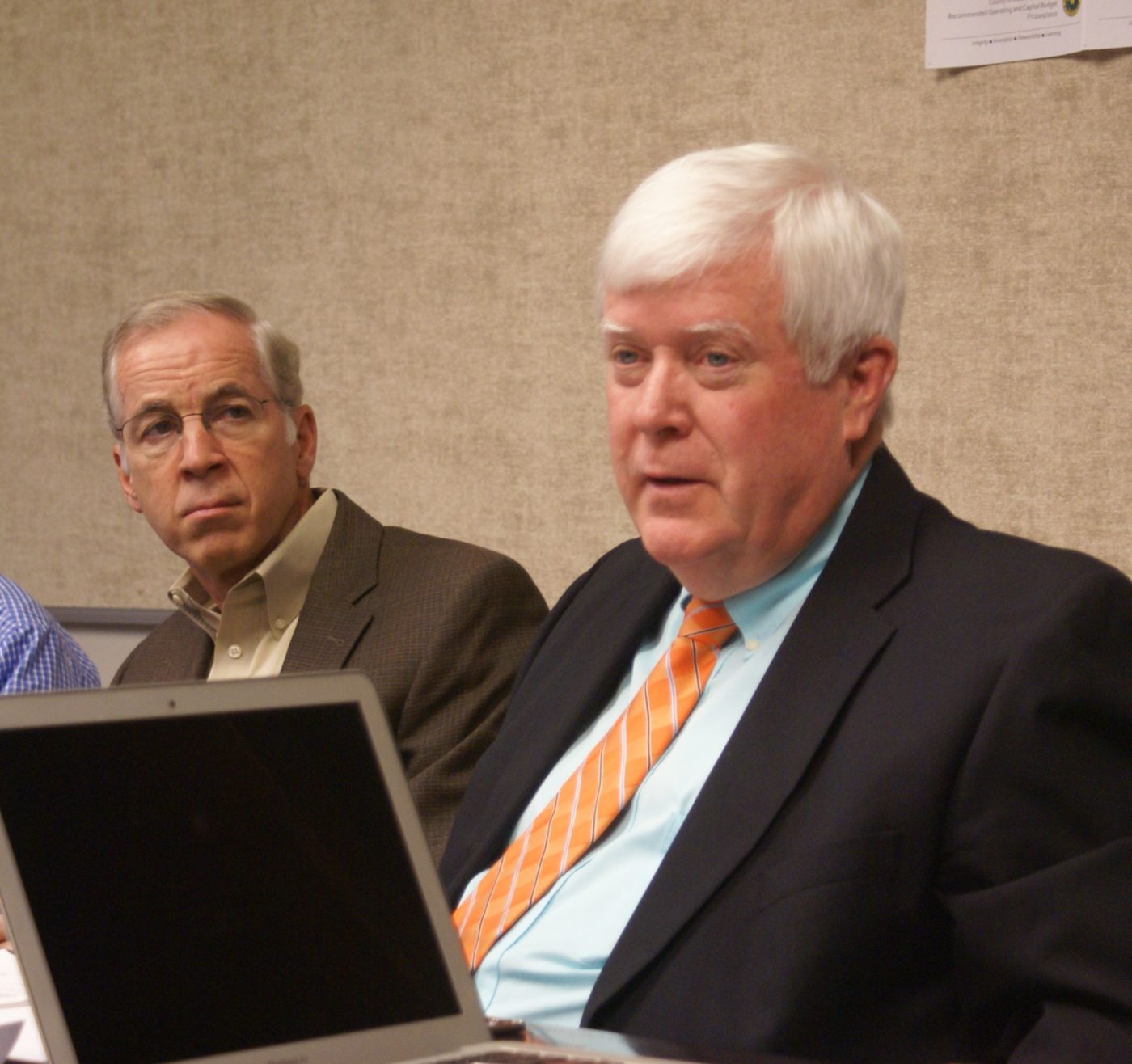 A volunteer panel of developers, economists and planners has begun the work of examining a central issue facing residents and elected officials in Albemarle County.

“Do we have an income stream that allows us to maintain our infrastructure in the developed areas?” said Planning Commissioner Timothy Keller. He is a member of the county’s Fiscal Impact Advisory Committee, which is tasked to tackle that question.

Since October 2007, developers have been required to pay a specific amount of money for each housing unit that can be built as the result of a rezoning.

The current cash proffer amount is about $20,000 for every new single-family home.

In September, the Board of Supervisors directed the committee to review the policy.

“There has been an awful lot of discussion lately about whether our proffer policy is counter-productive to the development community,” said Supervisor Kenneth C. Boyd, the new chair of the committee.

Boyd said many developers have chosen to forgo re-zonings so they can avoid paying the fee.

For example, Southern Development opted to go by-right to build the 90-home Dunlora Forest development on East Rio Road. Milestone Partners decided to develop the county section of the nearby Lochlyn Hill community without a rezoning.

“They are choosing to go by-right as opposed to looking for the higher residential density that we would hope they would do,” Boyd said.

The developers of those two projects are serving on the committee, which is expected to make a recommendation on whether to keep the policy intact, to reduce the per-unit amount, or to find some other method to raise money to build and maintain infrastructure.

Both argued that the policy has not had the desired intent.

“Making a piece of land more expensive to build on by having a [cash] proffer on it provides a disincentive to the buyer of the home and thus the builder to build the house,” said Charlie Armstrong, vice president of Southern Development.

“The unintended impacts or consequences of the current proffer policy is that there are places where you’d like to see more density but you’re not getting it because builders just aren’t going to do it,” said Milestone’s Frank Stoner.

The committee has not met frequently since it helped write the proffer policy. Since then, the group has gained several new members who wanted to see more data on building trends to see if the developers’ claims are true.

“I don’t know what all the facts are, so I’d be curious to see how much has been done through by-right versus new proffers,” said committee member John Gobble.

At issue is how Albemarle will pay for services and amenities for a population that has experienced rapid growth without a corresponding increase in the real property tax rate.

“The intent of proffers is to address impacts of development,” said Larry Davis, the county attorney. “[However], neither proffers nor taxes pay for development costs. A single school child in Albemarle costs on average $12,000 a year.”

Prior to 2007, there was no set calculation to determine how much developers should pay.

“We were flexible and we went to the policy because it would be a crap shoot every time we did a rezoning,” said Wayne Cilimberg, the county’s planning director. “We would have a fiscal impact analysis run on each project.”

For instance, the 893-unit North Pointe development near the Charlottesville Regional Airport was rezoned in 2006 before adoption of the current policy. As a result, the Great Eastern Management Company will eventually pay about $515 per unit, but agreed to donate land for county purposes and is required to make road improvements.

“It’s not necessarily cash that the county wants,” Davis said. “There are other things that developers to address the impacts of development.”

The five-page proffer policy describes how the amount-per-unit is to be calculated. One factor is the size of the county’s capital improvement program, which lists projects that will be built in the next five years as well as a wish list for other projects.

Davis said this doesn’t mean all of those projects will be built using proffered money.

“For the last five or six years, the CIP has basically been for maintenance only because of the financial constraints of the county,” Davis said.

Keller said the county must find a better way to increase the amount of money available to pay for infrastructure that has been tacitly promised to urban residents.

Since 1980, the county’s Comprehensive Plan has restricted development in 95 percent of Albemarle and encouraged development only in designated growth areas.

“If we want to be a world-class community, we have to think about how we’re going to support all the infrastructure,” Keller said.

Stoner agreed that the committee should take a wide look at how to pay for Albemarle’s future needs because he said the cash proffer policy is not fair to developers or homebuyers.

“The discussion should be about how we maximize revenue for the county and get away from the detailed assessment of what the impacts are,” Stoner said. “If everybody has to pay for the impacts, then let’s just raise taxes because that’s the only equitable way to do it.”

Under the current policy, Supervisors can agree to a lower cash proffer amount. Last November, a previous board approved a 65-unit development on East Rio Road and gave developer William Park a $120,000 break on proffers because he could have built six units by-right.

The committee expects to meet several times over the next few months before making a recommendation. The next meeting Nov. 19 will feature presentations on the capital budget as well as an analysis of cash proffer alternatives.