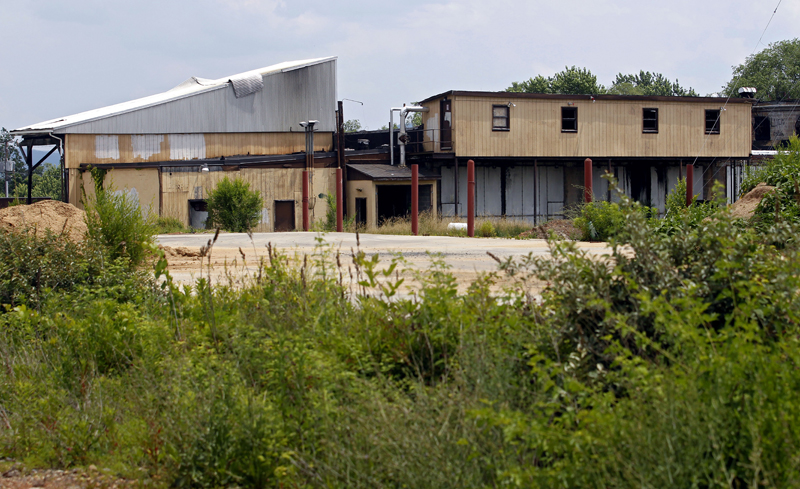 The Crozet Community Advisory Council has met twice in the past 10 days to discuss the proposed re-development of the Barnes Lumber property in Crozet.

The proposal includes a rezoning of the area from heavy industrial and commercial uses to Downtown Crozet District, allowing for mixed-use development and residences. The proposal goes before the Albemarle County Planning Commission Tuesday.

Late Monday night the council voted 10-3 on a resolution requesting that Albemarle County oppose the development project.  However, many were impressed with the vision for an expanded downtown Crozet and they encouraged the developer to submit a revised application.

Council members have identified several aspects of the proposal by Milestone Partners that they said would transform downtown Crozet. Those issues include the specifics of a central gathering place, the timing of the build-out and the balance of residential versus commercial uses.

“We’d like a place that we’d be able to hang out, put a blanket down, watch some kids perform something, watch a Christmas tree be lit – someplace that people could gather around,” said council member Leslie Burns. “That isn’t clear.”

The current proposal calls for the commitment of at least 15 percent of the property to green space. Furthermore, at least a third of that 15 percent must be located in the commercial and mixed-use areas of the development.

The Albemarle County staff report prepared for tonight’s Planning Commission meeting cites the need for a stronger commitment regarding the size and location of the green space.

The council also expressed concern about the developer’s commitment to employment over residential uses.

“My heart says that every building should be an employment center,” said Tom Loach, the Planning Commission’s liaison to the Council.

Developer Frank Stoner says most of the buildings in the project will be two or three stories, with a total of 200,000 to 250,000 square feet of commercial space and 65 to 288 units of housing.

The Crozet Master Plan states development should bring new commercial and employment growth to the downtown area. It also specifies light industrial and residential uses are to be secondary within the district.

“How is this going to change the master plan at the end of the day?” asked the council’s co-chair Meg Holden.

“The master plan is really focused toward employment and commercial uses with residential and industrial as secondary uses. I’m not so sure that residential is a secondary use [in this proposal],” said Claudette Grant, principal planner for the county.

Council member Jennifer Lafferty More expressed concern that the proposed redevelopment of the property deviates substantially from the master plan.

“[Do] we keep deviating from the plan or do we let it work for us?” asked More. “Because I think it has worked for us in lots of other circumstances.”

Stoner responded to these concerns at the meeting.

“The immediate focus will be on building the plaza and achieving critical mass around the plaza to create an appealing destination for business and retail,” said Stoner. “We can accommodate 480,000 square feet of commercial on site, but 200,000 to 250,000 square feet over 10 years seems more realistic.

“We don’t want to commit to a level of commercial development that we don’t think the town can actually support over the next several years,” he continued.

He emphasized the importance of adaptability for the site, creating spaces that could be converted or adapted at a later date.

Albemarle County staff members are not recommending approval of the rezoning.

The  commission’s meeting begins Tuesday at 6 p.m. in the Albemarle County Office Building.