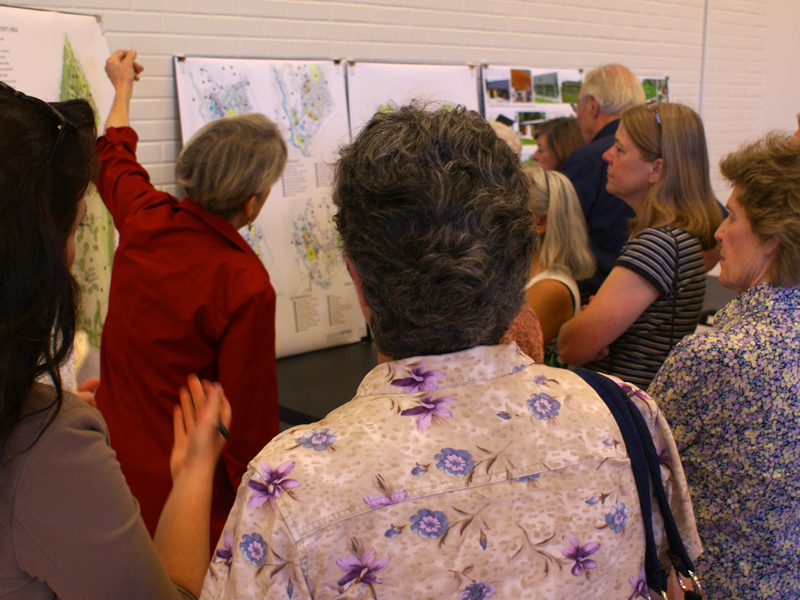 The public was given an opportunity to look at the designs for the eastern portion of McIntire Park.

Nearly 90 years after a land donation sparked the creation of Charlottesville’s McIntire Park, a major facelift is planned for the eastern half of the facility and a pedestrian bridge is planned to stitch together the property.

Charlottesville Parks and Recreation staff and the architects of the park’s plans unveiled the designs Tuesday to a crowd of about 30 people at an open house at the Carver Recreation Center.

“It’s always important to make sure you’re providing the services and facilities that your constituency wants,” said Doug Ehman, city parks division manager. “If we didn’t do that, there is always a chance we would build something and nobody would come.”

The City Council approved the master plan for the eastern half of the park in 2012. The city hired multinational design corporation Stantec to construct a skate park concept and Baltimore-based Mahan-Rykiel to design the park plan.

The master plan adds features to the park such as an athletic field, an amphitheater, pedestrian and bike trails, a family activity area that includes the potential for an aquatic feature and also an 8.5-acre botanical garden.

“Eventually, they will have a park that will be unique to the city of Charlottesville,” said Helen Flamini, president of the McIntire Botanical Garden group. “It will be a place of beauty. It will be a place that they will enjoy every aspect of just coming to the park and walking through it.”

One concern expressed by an attendee of the open house was the need for more rectangular fields. 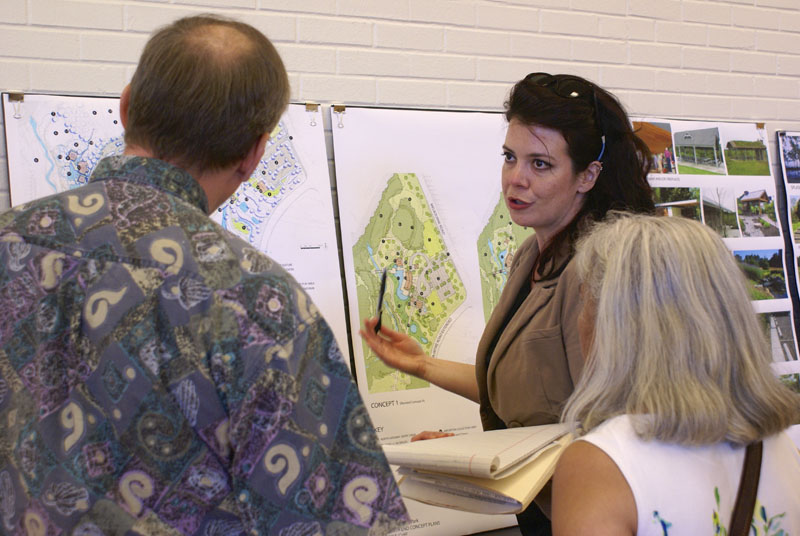 “There isn’t a large field for the thousands of kids who play on rectangular fields. Not just soccer, but lacrosse, and football, and field hockey and a lot of things,” city resident Camille Wilson said. “You hate to have that many people left out of a central park. It’s their park as much as anybody’s.”

The conceptual and master plan also calls for the elimination of the golf course by no later than Dec. 31, 2016. Once the 22-acre course is removed, the area will remain a passive park area.

According to Brian Daly, director of city parks and recreation, the project is “months ahead of schedule,” and city staff hopes to have a final design by the end of the summer.

The planned pedestrian bridge over the railroad tracks dividing the park has secured federal funding and construction could start as soon as late winter, Ehman said. Work on other elements in the park could begin next year, depending on the phasing and cost plans that the design firms give to the city this fall.

Maps of the conceptual plan can be found on the parks and recreation website at www.charlottesville.org/parksandrec. 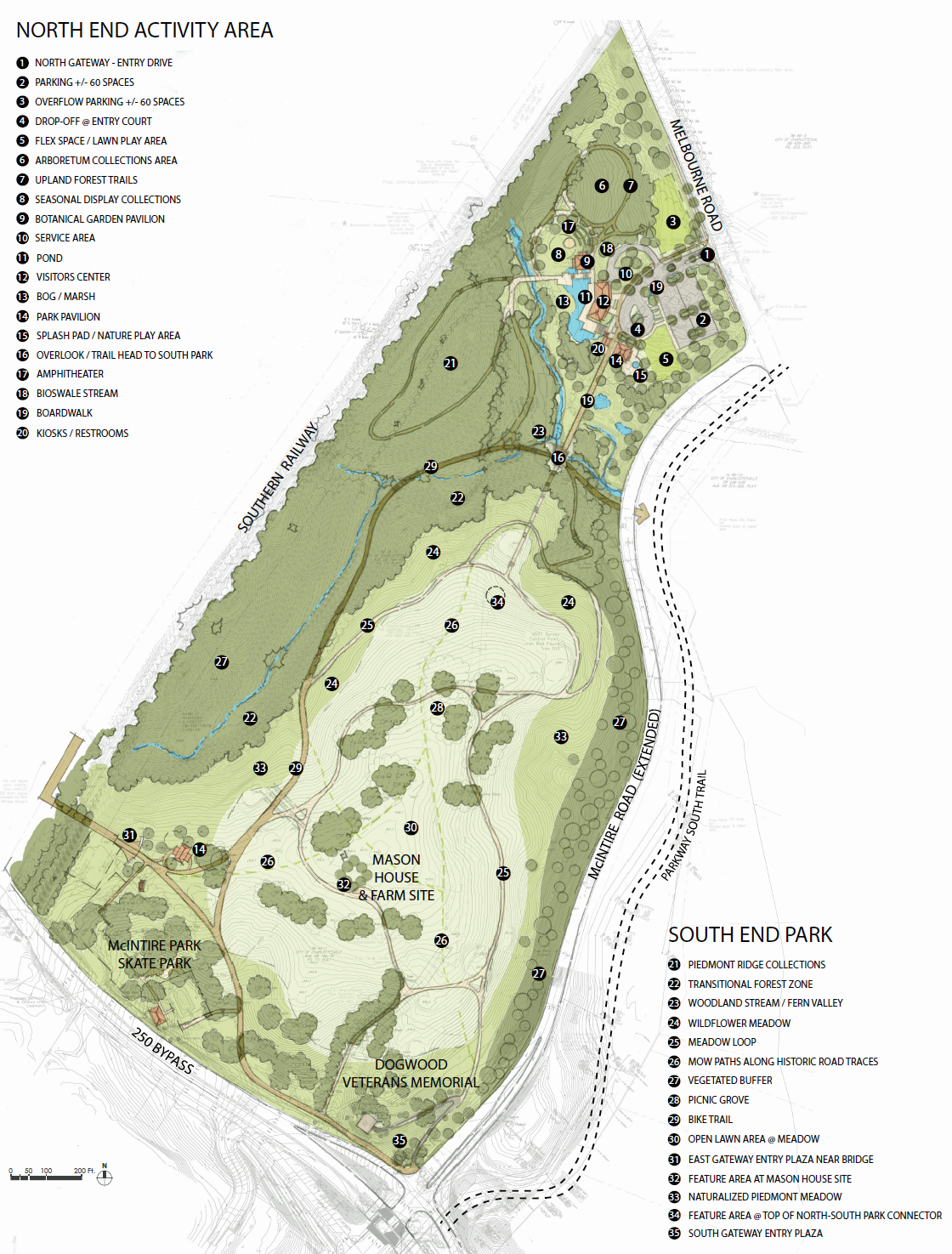