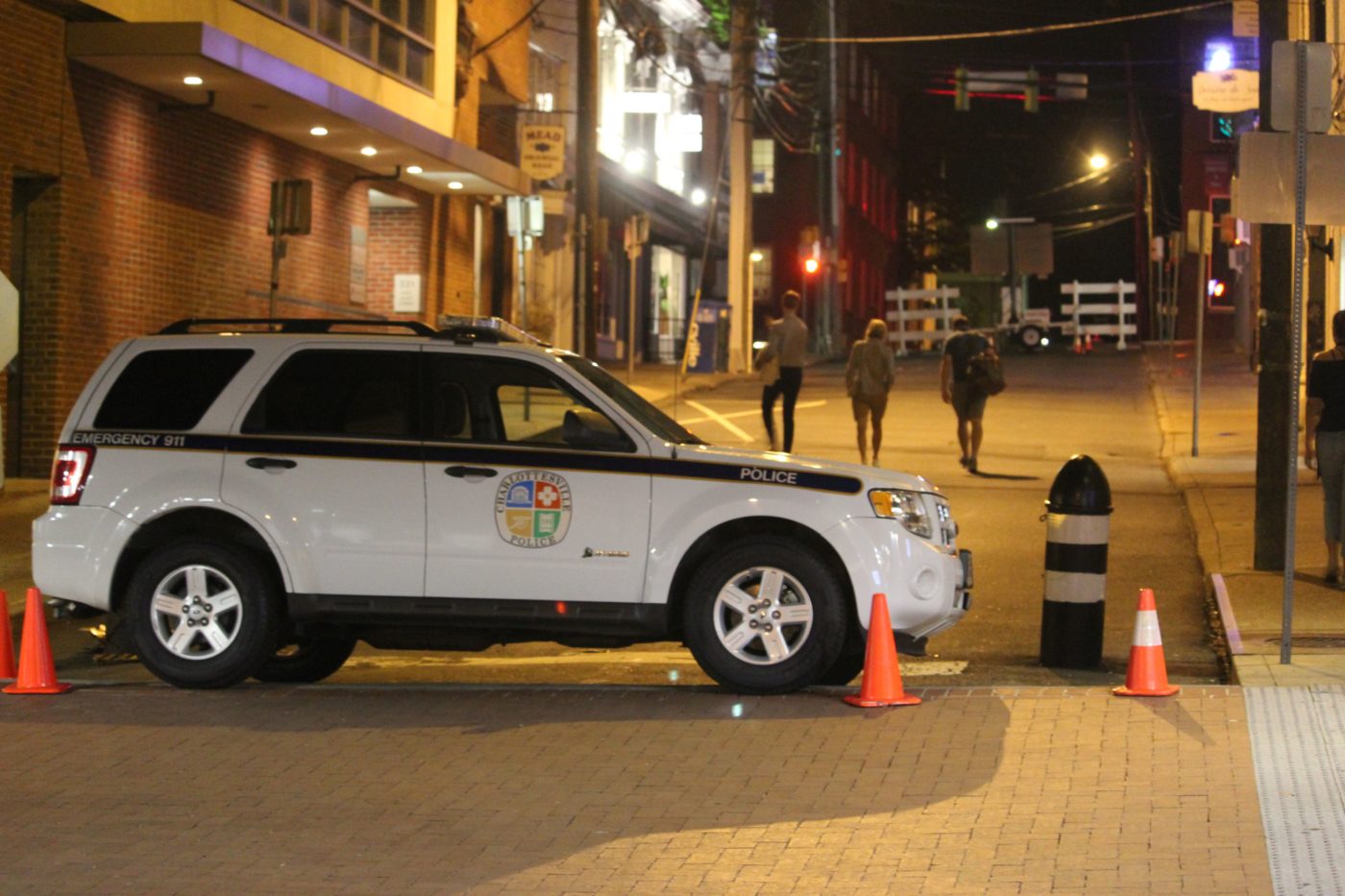 Black people in Charlottesville and Albemarle County are incarcerated at a disproportionate rate and there are disparities at virtually every point in the criminal justice process, a study formally released Monday to the City Council states. This places a strain on the criminal justice system and “erodes trust among Black residents regarding the justice process,” according to the report.

It’s a conclusion some say they already knew.

Using data from between 2014 and 2016, the study by Florida-based MGT Consulting Group compared African American and white individuals “of similar background, with similar characteristics and circumstances, who were booked in that time” and found that there were various examples of disparity between the two. Officials said the report is the first of its kind nationally.

The study defined “disproportionate” as one race being represented more or less than that racial makeup of the community and “disparity” as when people in similar situations have different outcomes based on race.

More than five years ago, a city report concluded that the number of police stops and arrests of  African American juveniles was disproportionate to their population. Discussions began around 2016 about creating a similar study on adults in the city and county. The bulk of funding for the most recent study came in 2018 from a $100,000 grant through the Virginia Department of Criminal Justice Services, and the City Council approved an additional $55,400 from its Department of Human Services Fund Balance in July 2019.

Legal Aid Justice Center community organizer Harold Folley said that the study was overdue and could have helped support a request by the initial Police Civilian Review Board.

“The report was supposed to come out in July of last year. If that report had come out, coinciding with the initial bylaws that [the Civilian Review Board] put out, those initial bylaws would be in place,” Folley said. “Those initial bylaws addressed all the points about police accountability, police data and police transparency.”

The initial Civilian Review Board was tasked with establishing bylaws and a guiding structure for future boards to become fully operational. Access to data was one of the primary requests during that work. Throughout the yearlong process, Foley and the People’s Coalition supported the work of the board with legal advice and advocacy in Council Chambers.

In 2017, Charlottesville had an estimated population of nearly 46,500, and Albemarle had about 105,100 residents. The study states that in Charlottesville, about

In the county, about

But at the same time, about

The data does not fully drill down into other ethnicities.

Although the jail is in Albemarle, and the report covers each locality, only the city provided funding. MGT does not have a time scheduled to present the results of the report to the Board of Supervisors, but a county spokesperson said Albemarle is looking “forward to learning more from the consultants … as we continue to build our understanding of opportunities to address the recommendations in the report.”

Attorney and Charlottesville resident Jeff Fogel said that it is imperative that the county has an official review of the study and its conclusions.

“The supervisors here are equally responsible for allowing this to go on,” he said. “They should be reviewing what the people under their charge are doing.”

During Monday’s presentation of the study to the City Council, an initial Civilian Review Board member, Katrina Turner, expressed frustration about the city needed to conduct a formal study to ultimately highlight what “the people of Charlottesville have been saying for years and years.”

“I would like to know why they needed this study done to know what’s going on out here,” Turner said. “As the mayor[, Nikuyah Walker,] said, we already knew what was going on out here. We need to investigate, like she said, the who. The ‘Who is doing what out here on the street?’ And the who starts with the police.” 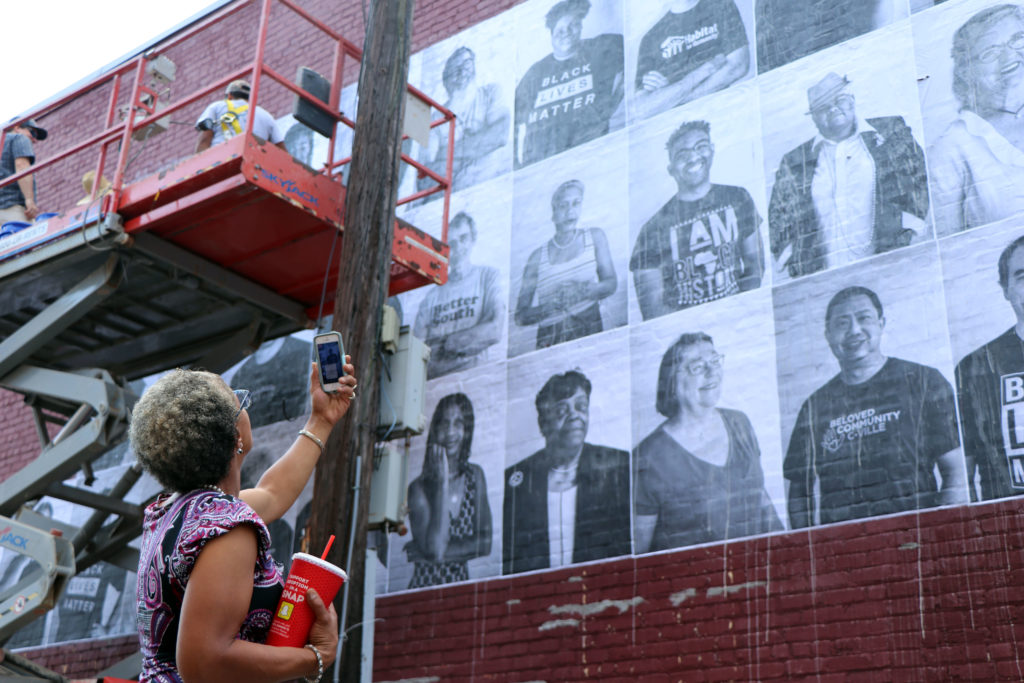 Inaugural Civilian Review Board member Katrina Turner, who is also featured on the Unity Days mural, takes a picture as the work on the installation is completed.

“The one thing I’m glad that [Councilor] Michael Payne said is that we need to go back and revisit the bylaws that the initial CRB wrote,” Turner said.  “If people on that council really do care about what happens to citizens after that report came out, they should consider putting the bylaws back the way the initial CRB wrote them.”

Although the nearly 140-page report contains a wealth of data, it still has some gaps. It used data from the Albemarle-Charlottesville Regional jail and the courts and probations system but did not have information like interactions between police and suspects that led to arrests.

“Does the absence of this important information otherwise invalidate a disparity study?” the report states. “If there is a statistical racial disparity in treatment/outcomes at any stage in the criminal process, the answer depends, in part, on how one defines what is and what is not ‘racism.’”

Fogel said the looking at police interactions is crucial to start addressing some of the sources of the disparities.

“Don’t condemn all police unless you knew that it was all police,” he said. “Therefore, you need to look at the breakdown, which they have, of police officers and arrests and correlate that to race. Now, that’s not going to prove that police officers are racist or anything like that, but it is the starting point to be looking at the officers with the greatest disparity in order to determine what’s going on and how we stop it.”

Of some of the recommendations in the report, such as increasing the transparency of the police department and increasing diversity in the departments, officials said some strategies already are underway.

While Charlottesville and Albemarle also have some measures in place to support reentry for ex-offenders, the report also suggests conducting research into the efficacy of those programs to determine what is working well and what may need improvement. Existing programs are the Charlottesville-Albemarle Reentry Council, Healthy Transitions, Coming Home to Work, Home to Hope, and Offender Aid and Restoration Reentry Program.

Fogel said the report shows that there still is a long way to go. 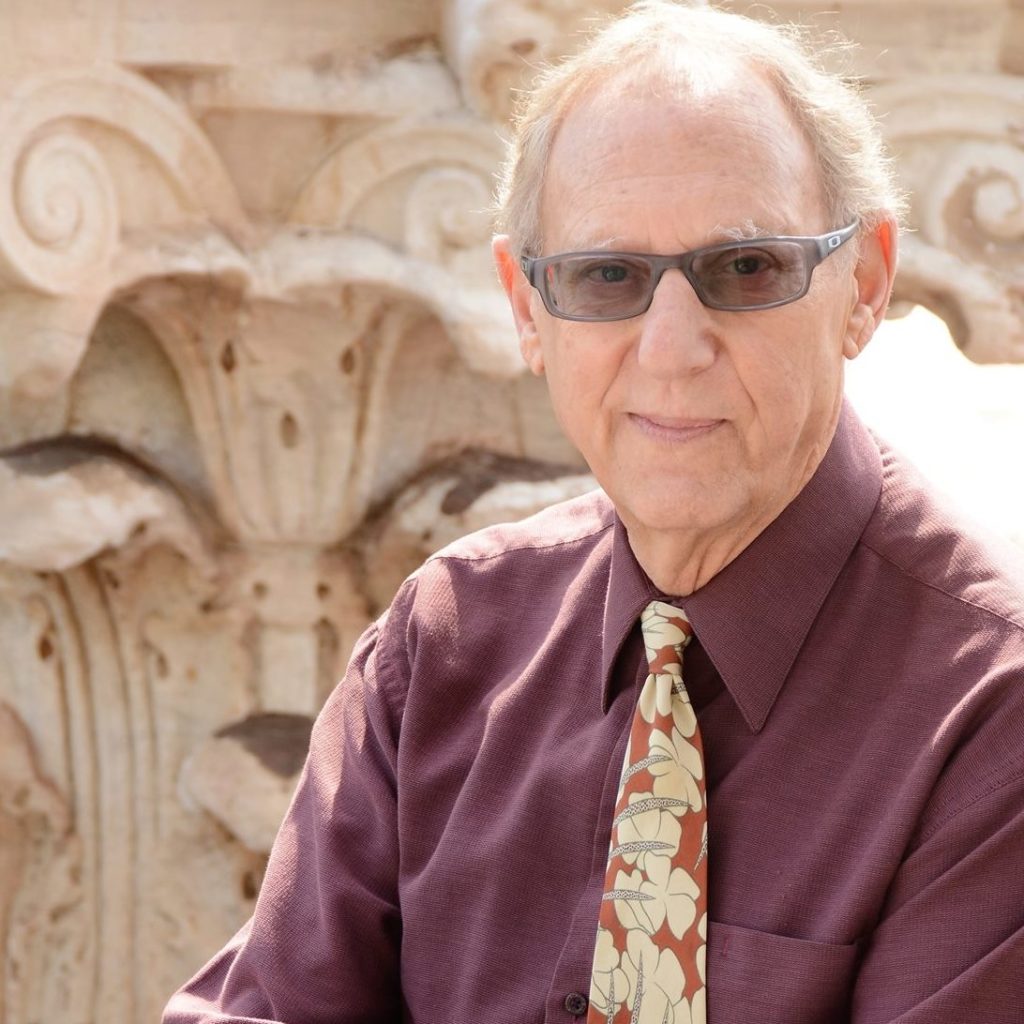 “All of the things they recommended are good things, nice things,” he said. They’ll in fact enhance the criminal justice system but no not relate to things like disparity. Even the notion for example the fact that they want a more diverse police force, which is a darn good idea, there is no evidence that having a diverse police force reduces disparity in arrests. There’s no evidence that giving people lectures on implicit bias results in reduction in racial disparity or any of the other recommendations that they made. That’s what is disturbing. I’m not sure where that comes from. I wonder whether or not [the consultants] felt limited by the limited authority that they have been given to them by the city and the county. Not to go too far. Because then we get to the question of what do you do?

This article was corrected at 2:04 p.m. Feb. 7 to fix an editing mistake about the source of raw data for the report. 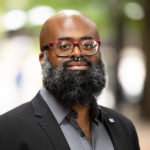