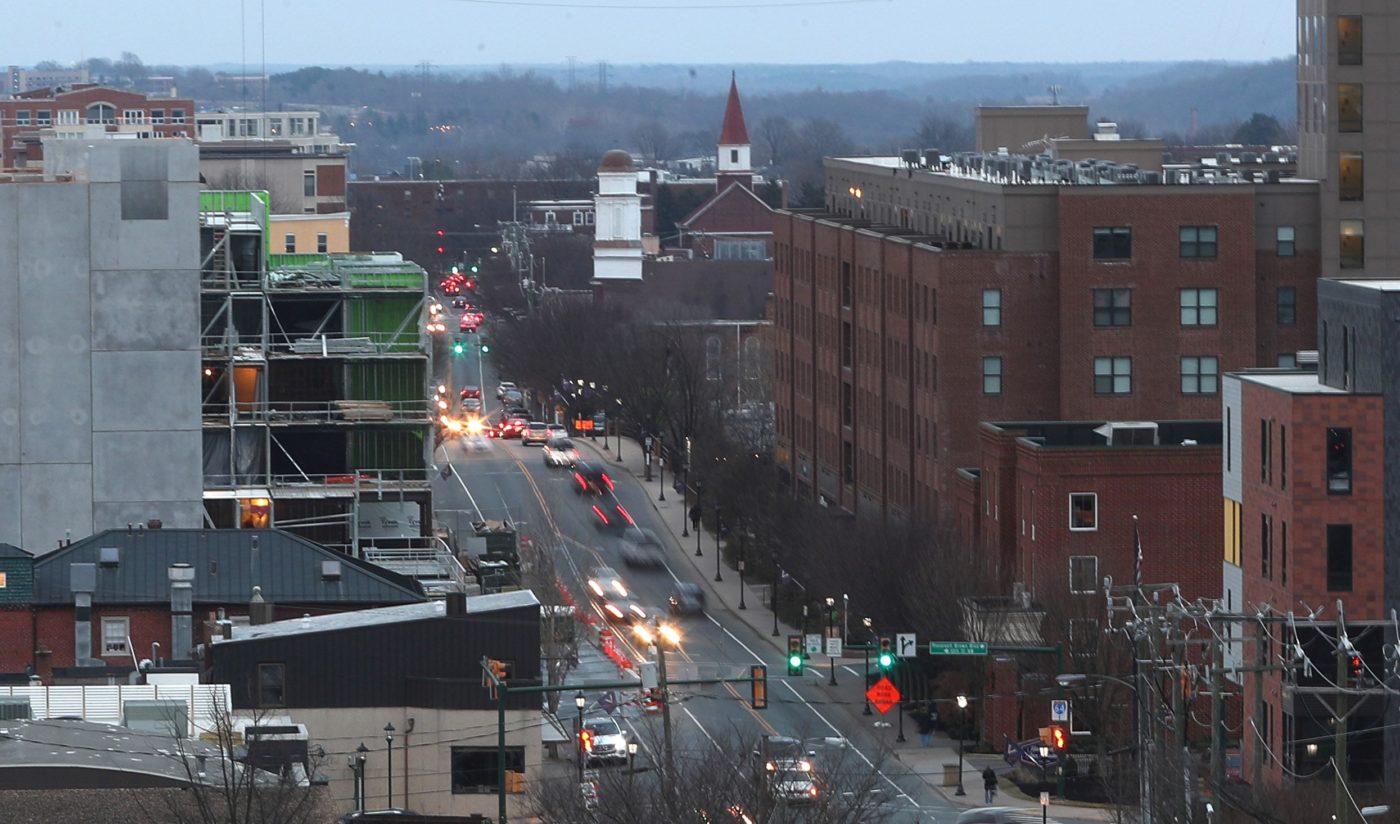 Project one of many on West Main moving forward

Quirk Charlottesville LLC paid $950,000 this week for the 0.17-acre property on which the now-closed Atlantic Futon operated.

The city’s Board of Architectural Review has re-approved a demolition permit allowing the building on the site to be removed. The structure was constructed in 1920 as an automobile repair shop.

“The building on the property is not listed on the Virginia or National Register and does not have any association with a historic person or event,” said Jennifer Mullen, an attorney with the Richmond law firm Roth Jackson. “Nor is it of a particular architectural importance or distinctive design.”

The new request was on the consent agenda of the BAR’s meeting earlier this week, and approval was granted without any comment.

The BAR initially had approved demolition of the structure in October 2014 but that permit had expired. The original permission was obtained by architect Bill Atwood, who had planned a mixed-use building that would incorporate the historic structures at 501 and 503 W. Main St.

That project fell apart but the Ukrop family expressed interest in the property becoming a boutique hotel under the Quirk brand. The company paid $3,750,000 in February for three properties for the project.

The project will need additional approvals from the BAR. Plans were last before the BAR in October, when the panel saw a new version of the design that does not connect the new construction with the two historic buildings.

City Planner Brian Haluska said the additional property will not mean the Quirk’s footprint will increase.

The Quirk’s development takes place as West Main Street continues a transformation that has seen the construction of the Flats at West Village, the Battle Building and the Uncommon.

Across the street from the proposed Quirk Hotel is another planned project that will see a six-story building constructed behind two other historic structures. Six Hundred West Main will have more than 50 residential units placed behind the temporarily closed Blue Moon Diner and a former convenience store. The project had been expected to break ground by now but so far no activity has occurred.

The City Council approved a special-use permit for additional density for Six Hundred West Main in June 2016. As one of the conditions of the approval, the developer must provide one parking space per one-bedroom and two-bedroom units but only half a space for each studio unit.

“They’ve been working on the legal agreements around their parking, [as well as] affordable housing requirements,” Haluska said.

To the west, construction continues on the 10-story Draftsmen Hotel and the owners are hoping to open in the spring. The hotel at 1106 W. Main will feature 150 rooms, a restaurant and event space.

Workers also are currently wrapping apartment units around a massive concrete parking garage for the project known as The Standard. The luxury residential building is expected to open in August, in time for the University of Virginia’s fall semester. In August 2013, the BAR approved a permit to raze the former Republic Plaza.

Meanwhile, the firm Rhodeside & Harwell continues to work on construction documents for a long-awaited new layout for public infrastructure on West Main Street.

This year, the City Council agreed to split the estimated $31 million streetscape into phases in order to finance it over time. The city was unsuccessful this year in securing $18.6 million in funding from the Commonwealth Transportation Board for the project.

“The consultant is now working on design develop and construction drawing for phase one,” said Alexander Ikefuna, the city’s director of Neighborhood Development Services.

The city has allocated $10 million from its capital improvement program budget to cover the costs of the first phase and the development of design documents for phase two.

Phase one covers the area between Ridge Street and Sixth Street West and would include eliminating a slip lane that allows eastbound vehicles traveling south to turn right.

For future phases, the city will apply for funding from the Virginia Department of Transportation in future years through both the Smart Scale program and the agency’s revenue-sharing program.