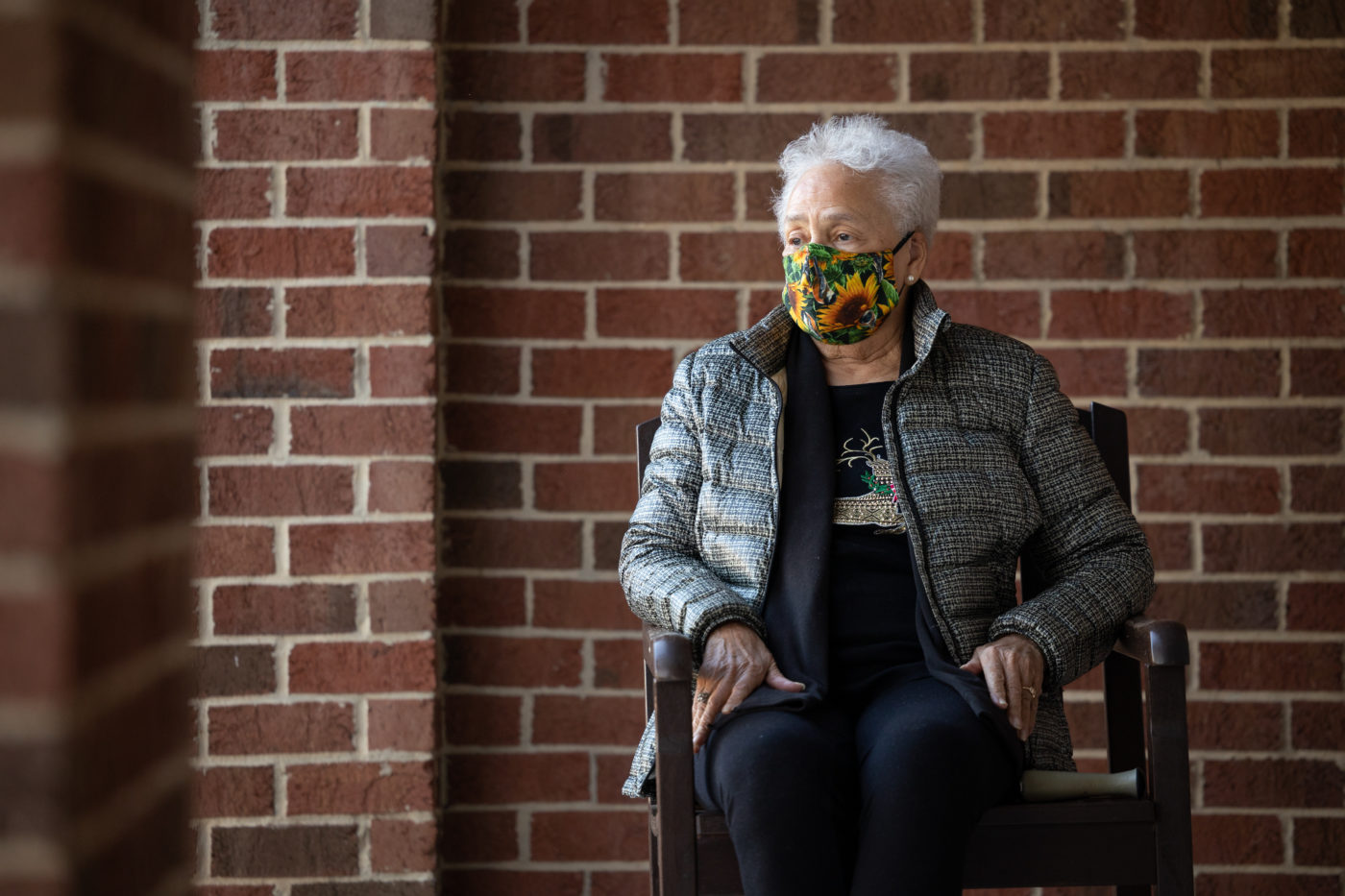 For Mareea Wilson, a 92-year-old Black woman living in Albemarle County, she said she believes that things have changed. And despite the historical context of Black people being used as experiments, she will be taking the COVID-19 vaccine.

Part one of a series

Sheleigha Early said she has reservations about the COVID-19 vaccine as it becomes available to the general public for a few reasons, including the historical context of the Black community being used as experiments.

“I’m wary of it,” said Early, who lives in Charlottesville.

Referring to the Tuskegee Experiment, in which Black males were subjected to an unethical study of untreated syphilis, Early said the Black community has not had the greatest record regarding vaccines within the medical field.

On top of that, she said, this is a brand new vaccine, and there is not much research on the long-term effects as opposed to other vaccines that have been around for generations.

Thousands of COVID-19 vaccines are slated to be distributed mainly to front line workers across the U.S. In Charlottesville, the University of Virginia Medical Center began distributing the vaccination Tuesday afternoon. But as the vaccine makes its splash, trust in distributing it to communities of color effectively as it becomes available to the public has been highly discussed.

And while some Black Charlottesville residents are optimistic about getting vaccinated, they’re still acknowledging past experiences in which Black people  were treated as guinea pigs, they said.

But syphilis is far the only example.

There was still the practice of eugenics in the 1970s, which started at the University of Virginia, where minority groups were specifically targeted for sterilization, said Dr. Ebony Jade Hilton, an associate professor of anesthesiology and critical care at UVA.

Black women were heavily targeted for sterilization, where they’d go to the hospital and leave without their uteri, she said.

And even in current times, there are still things that need to be questioned, including what has happened in Flint, Michigan, in which lead-tainted water still is going to communities of color, she also said.

“It’s going to take the government to be truthful about previous transgressions to start that conversation that requires us to be vulnerable to say, ‘Yeah, we messed up, and the way we make up for this is to take the hard hit and hold us accountable for what happened in the past and also hold us accountable for what continues to happen,’” Hilton said.

Hilton said she understands that there’s fear in her community about the vaccine.

But she also understands that the virus has ravaged her community at a disproportionate rate, citing that for every 875 Black people who were alive in January, one has died of COVID-19. 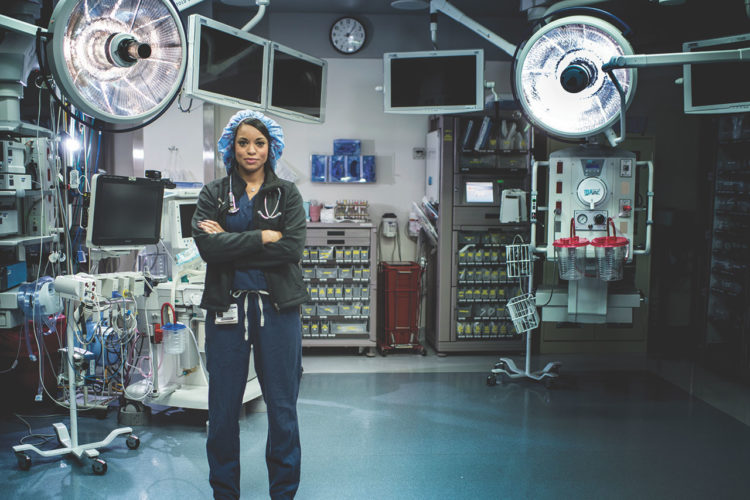 There was still the practice of eugenics in the 1970s, which started at the University of Virginia, where minority groups were specifically targeted for sterilization, said Dr. Ebony Jade Hilton, an associate professor of anesthesiology and critical care at UVA.

“We’re saying that the people who have worse outcomes are older and those who are sick. That’s not for Black people necessarily. We’re dying at younger ages, and, in fact, 1 out of every 10 Black people who died have been less than the age of 55 years old,” Hilton said.

For Early, she said she does not believe there’s anything specifically that health providers or politicians could do to rebuild trust — especially with those who are aware that Black people have previously been misled.

“I don’t think that there’s one thing that the medical community in Charlottesville can do to ease the fear or concerns that African Americans have,” she said. “I just don’t know what any of those things could be.”

But while local health experts acknowledged the historical context that caused the Black community to be apprehensive of the vaccine, they’re also hopeful that there are ways to build trust to get Black people vaccinated.

But the approach to rebuild trust would have to be multifaceted, said Dr. Taison Bell, an assistant professor of medicine in the divisions of infectious diseases and international health and pulmonary and critical care medicine at UVA.

“When we are trying to approach our community with recommendations and ways to take care of their health, I think we have to make sure that we engage them up front,” he said.

“We ask them the question that they have on their mind. We address the issue of distrust, and we address it head on.”

Different people are going to respond to different kinds of messages, he said. For instance, he said, some people might respond to a physician or a nurse coming into the community, explaining to them what they know about the vaccine and why they should get it.

Some people may respond better to a community leader that they already trust to talk to them, he said.

“Some people wanna see there are people in their immediate community or their household get it and be comfortable with it,” Bell said. “But I think the more we recognize that we have to take a diverse approach to this and really attack it from multiple angles, I think the better the messaging will be.” 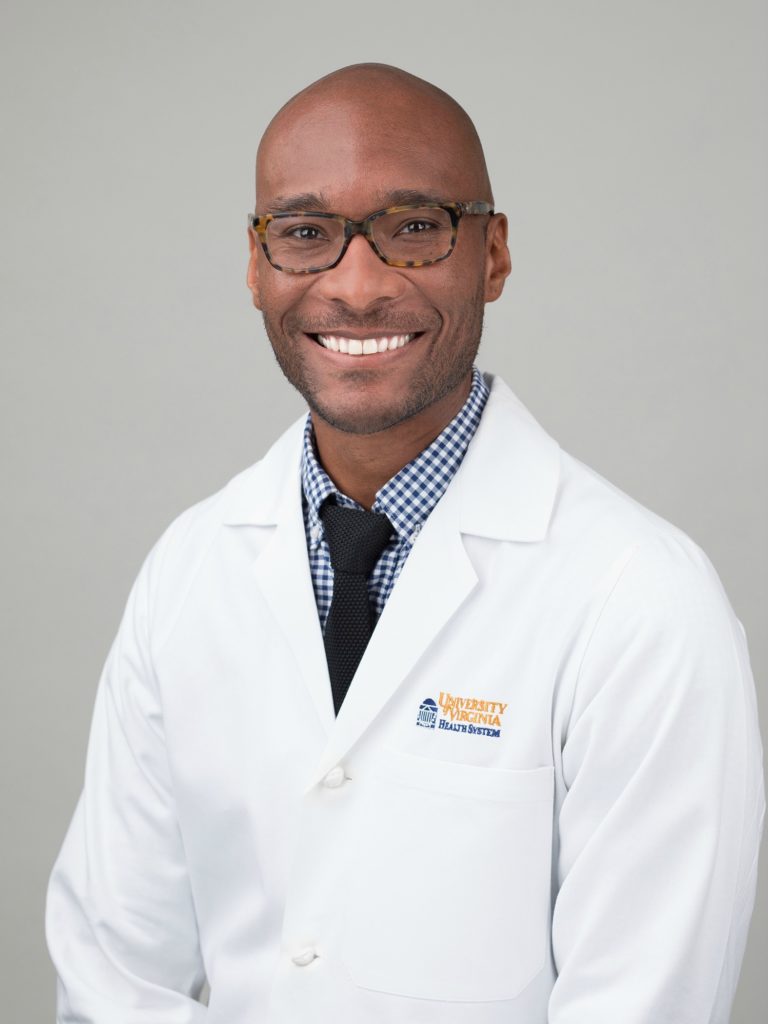 He advocates that it would be beneficial to engage community leaders up front and find professionals of color to talk about the vaccine.

“There needs representation of Black doctors in general. Of course when it comes to something like this, I think it’s very important because it adversely affects our community. But we also need more Black scientists and physicians in all aspects of healthcare,” he said.

He said trust can still be rebuilt, but it would take ongoing effort, such as engaging the community.

“I don’t feel that necessarily that the vaccinations that they have available now are inefficient or anything like that. But it has been on a rush timetable,” Early said, “whereas other vaccines have had the opportunity to be tested a little bit longer.”

At this point, Bell does not think that the vaccine is rushed.

There’s the usual way to develop the vaccines, which is on average seven to eight years. So, it’s extremely unusual to have a vaccine under a year, he said.

“The usual combination of vaccines is that they’re very good, and they’re very affordable, so it takes time to develop. For instance, if you want something that’s efficacious or works well, it’s also delivered fast, you have to pay for it. It’s not gonna be cheap,” he said.

The government has invested massive resources into vaccine development, which is what’s needed to accelerate products, he said.

“When you look at the actual scientific method and the trial that they did to ensure that these were safe and effective, there were no corners cut there when it came to making sure that appropriate number of patients were enrolled,” he said.

“And that we were setting things properly and that we have the correct oversight.”

All of that was done the right way, Bell said.

“I don’t have reservations around the process itself because I have confidence in it,” he said.

To raise awareness, UVA’s Hilton and Bell said they’d take the vaccine to share their experiences on social media sites, including Twitter.

“I’m going to videotape every day my symptoms and put it on YouTube, Twitter, Facebook. Let people ask [me] questions to what I am feeling,” Hilton said.

Moving forward, Bell said there are multiple ways to educate people about the vaccine, including flyers, infographics, live and virtual events, influencers in the community, TikTok and other social media platforms.

Early said that former President Barack Obama, among other politicians, have expressed they’d take the vaccine in public to convince people that it’s safe.

“But for someone like me, seeing that doesn’t necessarily instill confidence because they could be injecting you with penicillin,” she said. “I don’t know that there’s anything that local medical providers can do here to ease my personal fear.”

For Early to feel comfortable taking the vaccine, she said she’d like to wait for more long-term studies.

“I know you can’t wait for so long, but I would say within a year or two, I would be more comfortable than I am now with receiving a vaccine,” she said.

But for Mareea Wilson, a 92-year-old Black woman living in Albemarle County, she said she believes that things have changed.

“And I recognize that I have lived in the time when things were not done correctly to Blacks. But you can’t let that affect you. You have to think about your health. And because we can’t get or we don’t have good insurance and other things to protect us, then I think you have to look at a broader picture.”

At first, she said she was hesitant about the vaccine because President Donald Trump had made it too political, referencing situations in which Trump claimed to be more knowledgeable of the virus than scientists.

“He said he’s the smartest person on God’s earth. And it just [kind of] irritated me more than anything else,” she said.

But President-elect Joe Biden and Vice President-elect Kamala Harris have said they were willing to take the vaccine, she said, which has made her feel more comfortable.

“Look at the people who are getting it. When you have officials at the top, the presidents who have been in office, and you have your president-elect and his running mate, then that should give you some comfort,” she said.

But moving forward, she’d like for UVA Hospital to talk more about the vaccine, as well as being more transparent about the number of beds available to take care of patients.

“Are they going to the minority communities to leave flyers or have people knock on the doors to talk about it? I don’t know, at the national level, too? I don’t think they talk about it as far as the minorities are concerned enough,” she said. “You don’t feel comfortable if people don’t talk to you.” 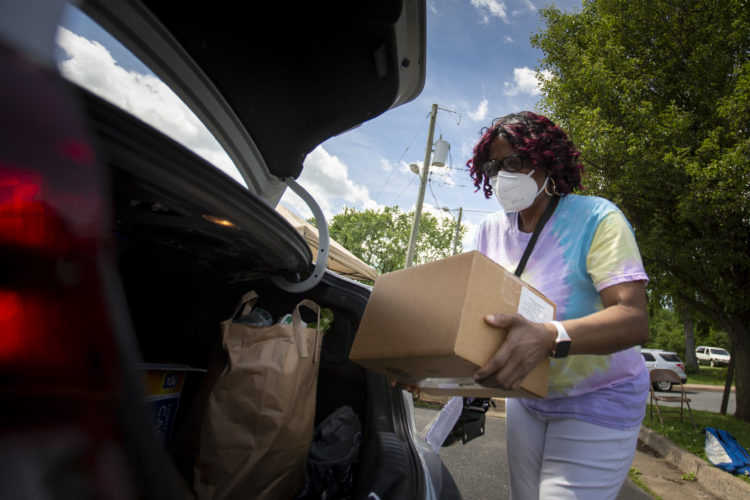 A volunteer at a COVID-19 testing center carries a box to a car.