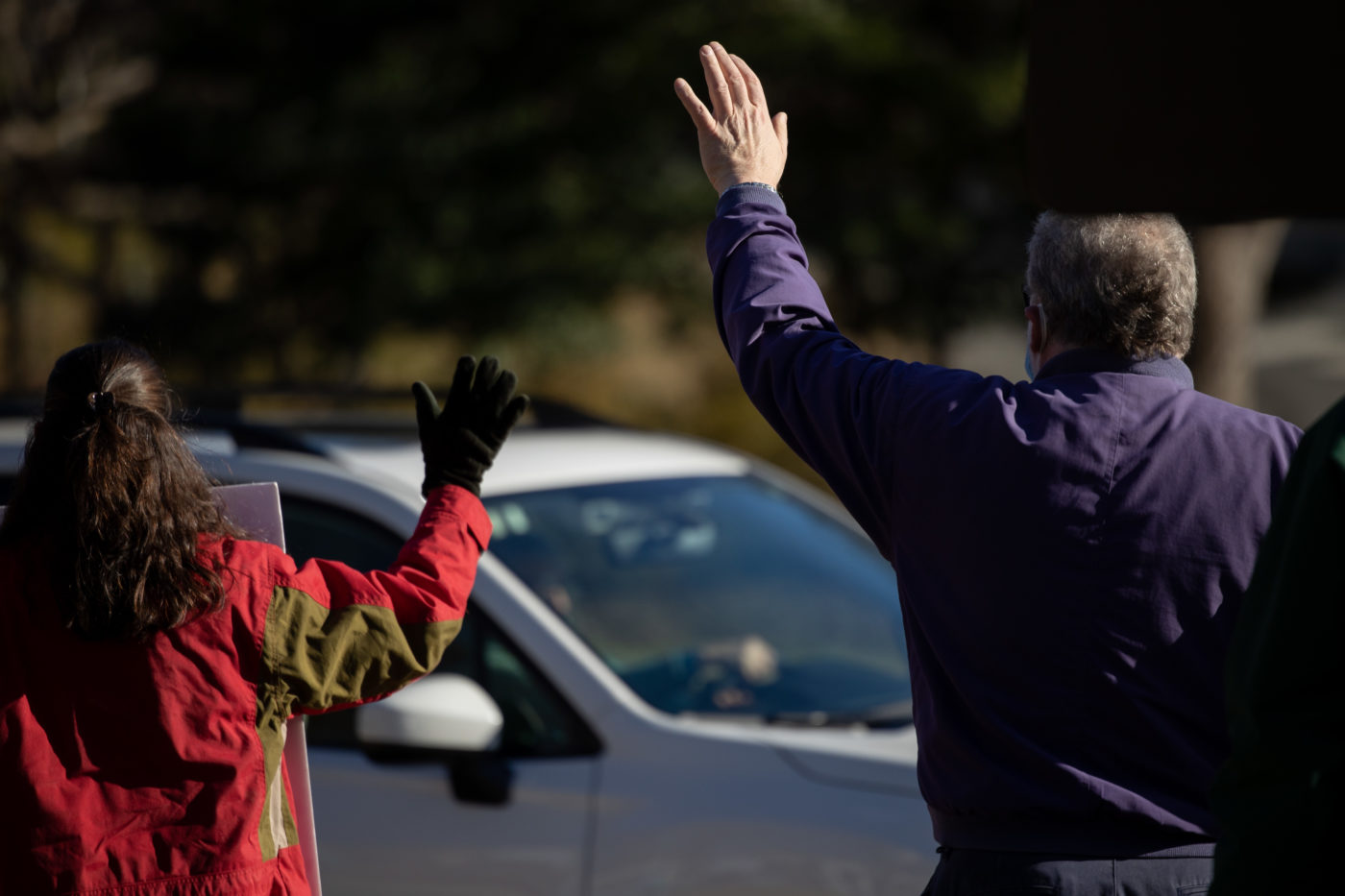 Protesters wave to motorists during the Jan. 9 No Haven for Fascists demonstration outside of the Albemarle County Office Building in Charlottesville.

There was a sense of familiarity for a number of Charlottesville residents on Jan. 6 as they witnessed a President Donald Trump-inspired mob breach the U.S. Capitol, where violence ensued— resulting in five deaths and multiple injuries.

On Jan. 9, a crowd of around 150 gathered outside of the Albemarle County Office Building for a demonstration decrying Trump’s rhetoric, along with federal and state officials who refused to certify President-elect Joe Biden electoral votes.

“We’re here to stand up against fascism because the line runs straight from Charlottesville 2017, to the capital on Wednesday,” said organizer David Singerman, of Indivisible Charlottesville.

The No Haven for Fascists demonstration was hosted by Indivisible Charlottesville who, in the Facebook event, explained that “we won’t be intimidated by the white supremacist terrorists who attacked […] the Capitol and our democracy.”

They went on to demand, “that the insurrectionists be held accountable.”

Good, who objected to the certification of electors in six states on Wednesday night, tweeted that he was “proud to fight for the voices of Virginia’s 5th and all Americans who want to ensure the integrity of the election.”

At the demonstration, Singleton suggested, “removing Trump from office … [and] expelling Congressman Bob Good who’s first act in Congress was to support an insurrection and vote to throw out the legitimately cast ballots of millions of Americans.”

Throughout the event, cars driving past the assembled crowd honked, gave thumbs up, and raised fists in support. A few drivers were less appreciative, raising a different finger, yelling and, according to one demonstrator, spitting at them.

After about an hour the crowd of demonstrators began to disperse.

On Friday, there was similar rally in front of the federal courthouse in Charlottesville hosted by Veterans for Peace.