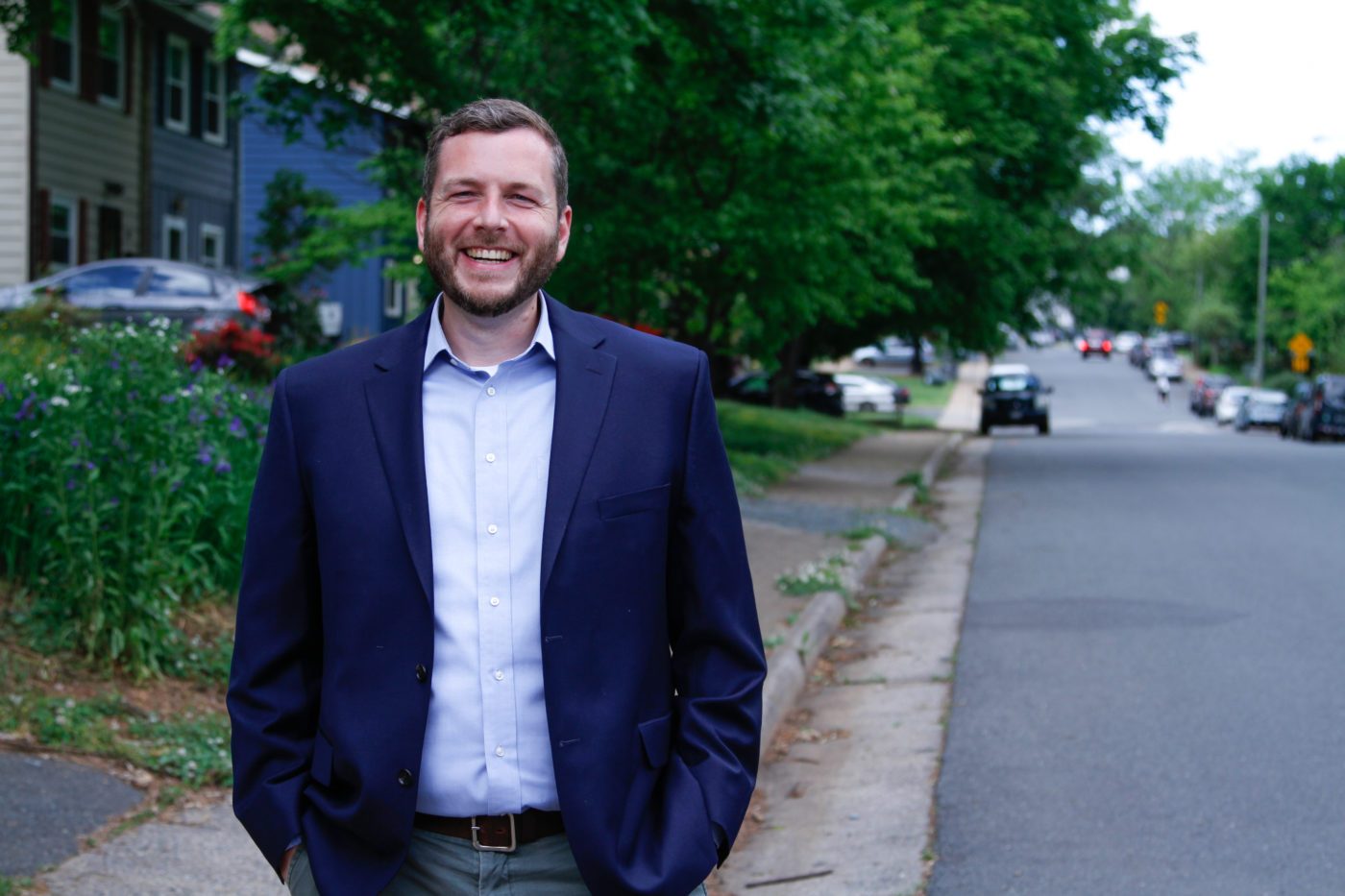 “We are in a moment of national criminal justice reform. It’s been going on for many years, but we are certainly seeing it pushed more now than ever before,” Szwabowski explained.

For instance, Szwabowski referenced studies that show white people use illegal drugs at the same rate as Black or brown people — yet non-white people face disproportionate contact and incarceration.

“If you see a harm like that and you’re the elected prosecutor you have to stop the harm,” he explained.

As such, key priorities for his campaign are to stop prosecuting drug possessions as a felony, and to create more diversion or restorative justice programs like drug misdemeanor court and a community service docket. He also has plans to bolster relationships and trust between communities, law enforcement and the legal system.

“We should be cautious about putting a felony on someone’s records, it has lifelong consequences,” he explained — noting how a felony can hinder job and housing applications or the ability to access loans.

Szwabowski supports restorative justice as a way to reduce recidivism and allow people to prosper.

“Conviction alone is a huge lifelong stigma and punishment that is out of proportion to most crimes,” he said.

Szwabowski would also like to address systemic racism within the criminal justice system. A lot of that, he said, starts with ending what has colloquially been referred to as the “school-to-prison pipeline.”

A model he’d like to follow is what Fairfax County has implemented called the “Alternative Accountability Program” to address minor crimes without the need for the courts process and creating a criminal record for youth.

Szwabowski also supports recently passed state laws that outlaw pretextual car stops — which are generally for things like a broken taillight, freshly out-of-date inspection or objects like an air freshener dangling from a rearview mirror. As such, he said he’ll refuse prosecution for cases stemming from pretextual encounters.

He also plans to establish a Conviction Integrity Unit and partner with groups like the Innocence Project to explore potential wrongful convictions and release people wrongfully incarcerated. While studying at the University of Virginia, he was also a member of the Innocence Project.

Szwabowski also supports a strong Police Civilian Review Board with subpoena powers and disciplinary recommendations as outlined in new state law that will take effect this summer.

“[The PCRB’s] work is going to be a very important part of the criminal justice reform in Charlottesville,” he said. “It can also help build trust.”

Szwabowski also plans to follow the practice of Philadelphia District Attorney Larry Krasner by keeping a list of any police officers with a history of misconduct or disciplinary actions and to have them be less likely to be called upon as witnesses in trials.

Though Szwabowski said he hopes he won’t need to create such a list or prosecute any officers, but “being willing to do it is a commitment I’m making.”

Szwabowski came to Charlottesville in 2000 as a student and has remained here since. He’d volunteered at the area’s public defender’s office before being hired to it. He said his years as a defender will help inform him as the city’s top prosecutor.

While some of his inspiration to run for commonwealth’s attorney stems from his advocacy within calls for police reform and the national momentum around it, his inspiration to go into the criminal justice field stemmed from it touching his family personally.

As a child, his uncle was in federal prison, and he recalls road trips to visit him at various locations as he was moved around. He remembers the high costs of phone calls and for his uncle to purchase anything within the prison’s commissary.

“I got an early glimpse into all the ways this justice system was missing justice,” he explained. “Prosecutors need to start owning conditions of confinement.”