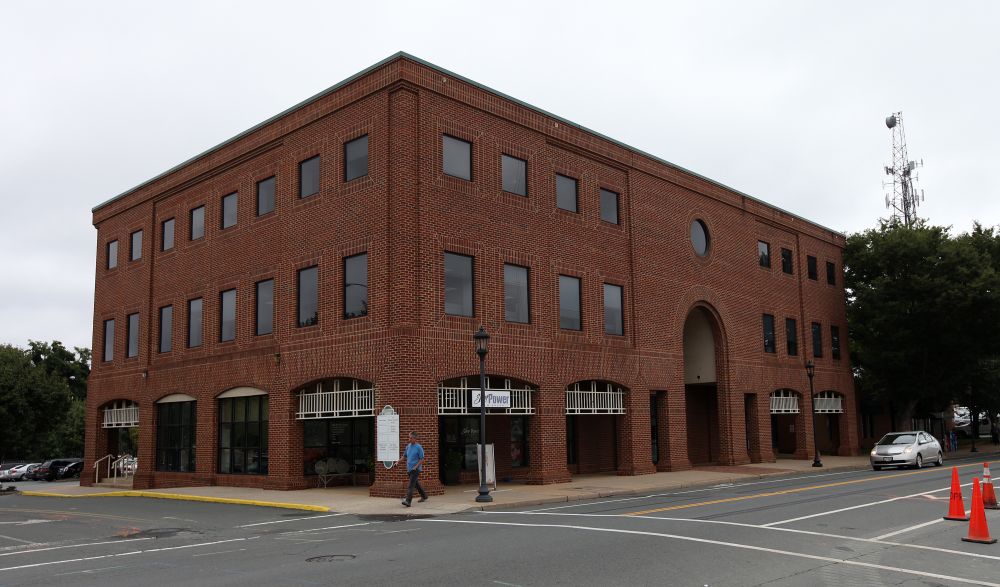 The Republic Plaza was built in 1988

A 25-year-old office building on West Main Street near the University of Virginia Medical Center may be demolished to make way for a six-story, 192-unit apartment building.

“We’re proposing a new multifamily apartment complex and we’re working now on a design that will cater to the surrounding uses of the university and the hospital,” said Jason Doornbos, vice president of development for Georgia-based Landmark Properties.

The Charlottesville Board of Architectural Review will consider Tuesday whether to grant a demolition permit for the three-story Republic Plaza for what Landmark has called The Standard.

Landmark also has filed a preliminary site plan with the city, and the Planning Commission will have an introductory meeting on the project at its next meeting in September.

Republic Plaza currently consists of about 60,000 square feet of office space spread out among two buildings. Tenants include several UVa financial offices, the Blue Ridge Care Connection for Children, and Research Strategies Network. The Standard has a proposed 12,000 square feet of commercial space.

The project is directly across the street from the Plaza on West Main, a 595-bedroom, eight-story apartment block that is under construction.

The Standard will need a special use permit for its additional height and density. The board of architectural review also must grant a certificate of appropriateness for the building’s design before construction begins.

The preliminary site plan shows 499 parking spaces as well as a 5,900-square-foot open plaza referred to as “The Great Lawn.”

The engineer for the project is Mitchell Matthews of Charlottesville.

“We just want to build something that fits well with Charlottesville, and thought the best route would be work with an architect who works locally,” Doornbos said.

One planning commissioner whose non-profit is headquartered next door has not seen the plans, but said the concept would appear to fit with the city’s vision.

“An increase in the inventory of student housing or affordable-rate housing is good in a community where we have such a shortage,” said Dan Rosensweig, a city planning commissioner and executive director of Charlottesville Habitat for Humanity.

More details will be revealed when the developer submits the special use permit application today.

Mary Joy Scala, the city’s historic preservation planner, could not be reached for comment.

Republic Plaza is not considered to be a contributing structure to the West Main historic district, according to city planner Brian Haluska.

Doornbos said there is no clear timetable for the project’s groundbreaking, provided a special use permit is provided.

“We’d like to start as soon as possible, but we have to work through some items with the owners and existing tenants before construction,” Doornbos said.

The demolition request is the latest step in the transformation of West Main Street.

To the west, construction on the $141.6 million Battle Building is expected to be completed in May 2014 to house the University of Virginia Children’s Center.  The adjacent Blake Center, built in 1970, will be torn down and replaced with a plaza at the corner of West Main Street and Jefferson Park Avenue.

Another construction project looms at the corner of West Main Street and Ridge McIntire Road. Two buildings will be demolished later this year to make way for a new Marriott Hotel.

“This is the corridor for which we’ve prioritized growth in the city and they are developing it within the vision of the West Main Street mixed-use corridor,” Rosensweig said.

Meanwhile, the city is still reviewing proposals submitted by firms seeking to produce a detailed plan for how the West Main streetscape should be built as individual properties are built. Tolbert said the city has not yet made a selection.