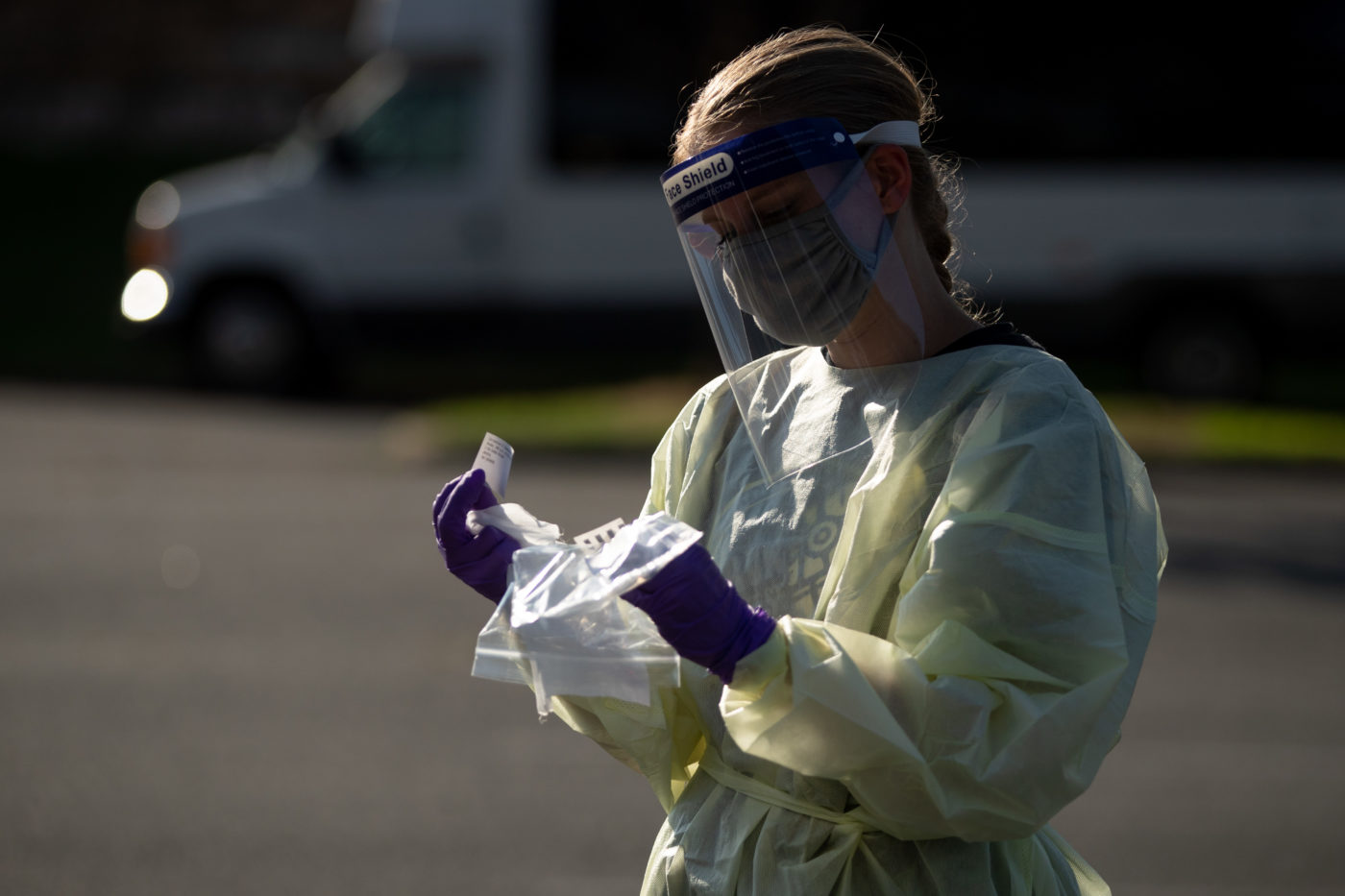 Researchers predict another surge in COVID-19 cases will strike Charlottesville and the surrounding health district at the end of April and continue through May.

The main driver is the arrival of the new U.K. variant of the virus — which is far more contagious than the original strain. The B.1.1.7 variant is already in all regions of Virginia. Health officials expect it will spread rapidly in the coming weeks, despite the state’s efforts to immunize residents.

“Basically, it’s 50% more transmissible,” said Bryan Lewis, a research associate professor at the University of Virginia’s Biocomplexity Institute & Initiative, which puts out a regular COVID-19 model predicting trends in upcoming cases. “So as we get to the point where 80, 90 or 100% of the disease being transmitted is that, we’re boosting the transmission rate above even what we’re currently observing.”

The new predictions are a stark reminder that the pandemic is still raging both in Charlottesville and around the state and country, Lewis said.

Though the number of cases locally have dropped substantially from record highs in January — they are still relatively high.

“We’re still at rates way above what we saw last summer,” Lewis said. “If what’s happening today was happening last May, we’d have been freaking out.”

The Biocomplexity Institute’s model predicts that the coming surge will peak in mid-May then begin to fall. The model shows numbers will continue dropping through the summer.

The drop hinges in part on large numbers of people becoming vaccinated in the upcoming month, Lewis said.

As of Thursday, nearly 38% of the people in Virginia had received at least one dose of a COVID-19 vaccine, according to the Virginia Department of Health. Nearly 23% were fully vaccinated.

In Charlottesville, around 45% of the population has received at least one dose of vaccine, and nearly 24% are fully vaccinated.

The local Blue Ridge Health District anticipates everyone who wants a vaccine getting one by the end of May.

“I say that with a tiny bit of hesitation because the amount of vaccine that we anticipate getting over the next few weeks is probably not as great as we had anticipated,” said Dr. Denise Bonds, director of the Blue Ridge Health District.

However, vaccines are also now widely available at local pharmacies. With the local district now in Phase 2 of its COVID-19 vaccination effort, everyone ages 16 and older is eligible.

For the most comprehensive list of available vaccines from pharmacies, visit vaccinefinder.org.

In the meantime, health officials say, everyone should continue following COVID-19 safety guidelines. Those include wearing a mask in public places, maintaining at least 6 feet of distance between people who are not in their households and meeting outdoors where possible.

The only exceptions are among people who are all fully vaccinated, according to guidelines from the Centers for Disease Control and Prevention.

“We aren’t quite out of the woods yet,” Lewis said. “You don’t want to be the last person shot in the last battle of the war.”