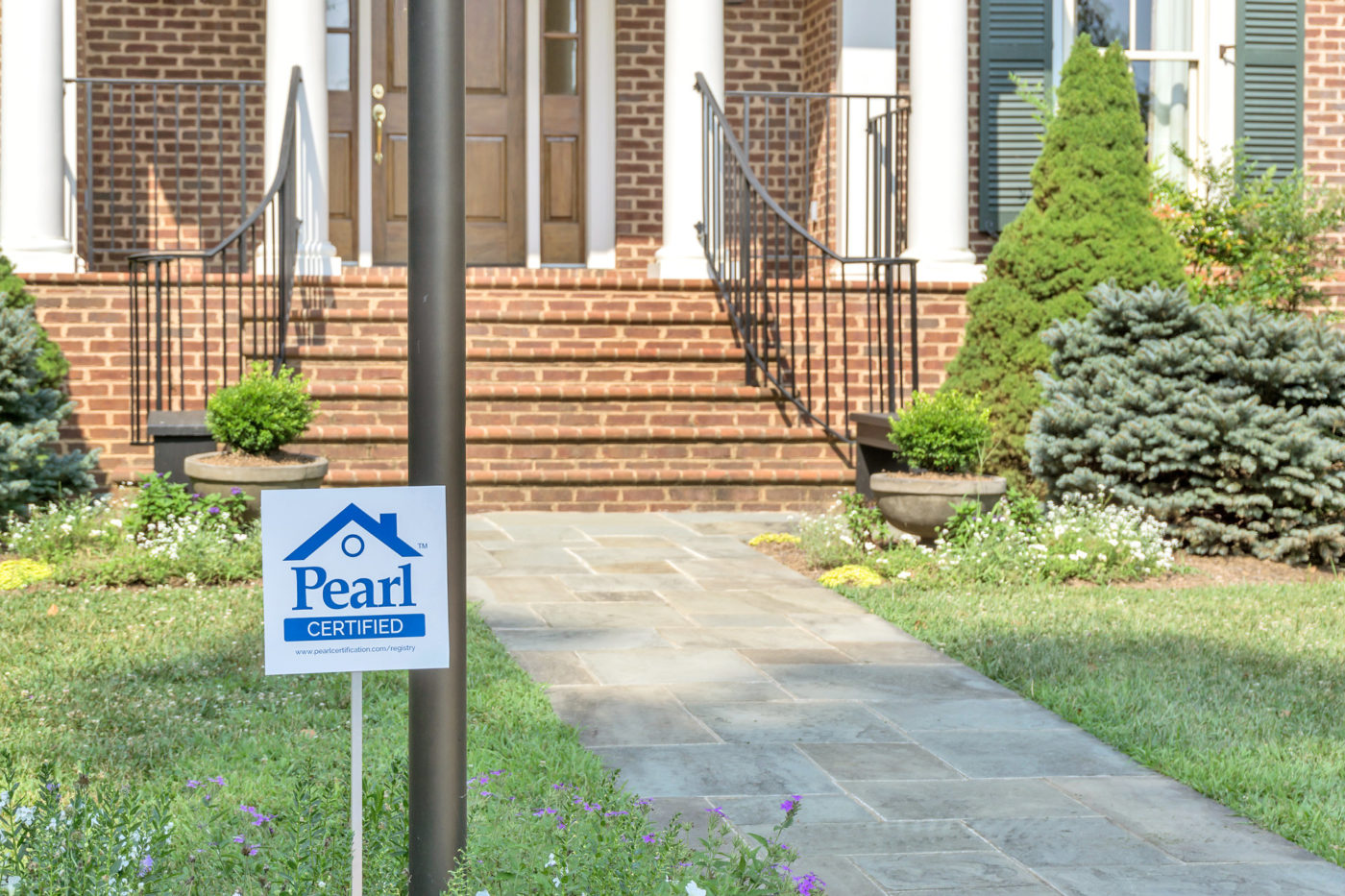 One Virginia-based startup with ties to the Charlottesville community is working to help homeowners and the real estate market realize the gains of environmentally friendly and efficient features — and they are hoping to take their services to a national level.

“We need to help homeowners understand that they can make these investments in their properties and they can have a way to capture the important information about that and then … have it available for a future buyer, appraiser [or] lender so that the true value of that property can be represented in the market,” said Cynthia Adams, the co-founder of Pearl Certification.

Pearl offers certifications for homes that evaluate building shells, heating and cooling systems, appliances, smart devices and other home features. Based on the number of points a home scores, it may qualify for a Pearl silver, gold or platinum designation.

Adams, who previously worked as the executive director of the Charlottesville-based Local Energy Alliance Program, started Pearl in 2013 with Robin LeBaron, who co-founded the National Home Performance Council. They started working full time for the company in 2015.

The company is based in Vienna, but the Charlottesville area was one of Pearl’s first markets. According to Adams, Pearl has certified approximately 60 homes in the area, and about 80 local real estate agents are Pearl partners, meaning that they have received additional training on working with energy-efficient homes.

“It’s a very unique program,” said Anne Gardner, CEO of the Charlottesville Area Association of Realtors. “It’s something that we’ve definitely needed in the marketplace to help homeowners who may be selling a home that was not constructed originally with these features, but want to add these features for their own enjoyment, as well as increasing the value.”

“You’ve got a situation where I think more and more people are looking for energy-efficient homes, and not just in new, but in existing and resale homes — and then people who aren’t even interested in selling are interested in knowing how they can make their home more energy-efficient,” said Michael Guthrie, broker and CEO of Roy Wheeler Realty. “That’s kind of where Pearl Certification came in.”

In comparison to rating systems such as Energy Star, EarthCraft and LEED — which Adams said are often done for new homes as a one-time designation — Adams describes Pearl’s certification system as a way to maintain a “living record” for a home as improvements are made.

“It’s a little bit like a CARFAX for a house, but we’re not necessarily looking for problems — [with] CARFAX, often times you’re looking at it because you want to understand was [the car] in an accident, did it get taken to the shop regularly, things like that,” Adams said. “We are also creating a record, a history of that property, but we’re looking at it more from its performance-based assets.”

Greg Slater, an associate broker with Nest Realty, said keeping track of energy-efficient improvements is important because there have been instances where homeowners have not received the value of their improvements in real-estate transactions.

“Homes are coming back to the market that cost less to operate and are built better, but they are being compared to other homes that aren’t that way and they’re not getting the value for them because realtors don’t understand the features,” Slater said. “The owners don’t even in some cases understand the features of their own homes — they just know they have a lower power bill.”

When a homeowner has a house certified by Pearl, a certifying contractor conducts an analysis of energy efficiency that includes looking at various features in the house and performing a blower door test, which measures air leakage. Pearl’s standard certification ranges from $269 to $349, with the cheaper option for homeowners who work with a Pearl partner agent. The certification package includes a report on the home’s efficiency, a completed appraisal addendum and a marketing kit.

“[Pearl] helps not only in the sale portion of it, but it helps in the appraisal and lending side of the equation, as well, because once you are able to quantify the improvements and give the impartial third-party validation to the value, then it becomes more accepted and a better part of our process to be able to capture what that true increased value looks like,” Gardner said.

This information from the Pearl certification process also can be plugged into the Multiple Listing Service for an area. Slater said this can be useful in the Charlottesville area, which added “green fields” to its MLS just a few years ago.

“Before we changed our MLS, we didn’t have fields to identify these types of features that were going into the homes,” Slater said. “Now, as realtors, we have the ability to identify those features in the MLS.”

Pearl also can play a role in helping homeowners decide which improvements to invest in over time and connect them with contractors. Adams said homeowners often take an incremental approach to upgrades.

“One of the longstanding problems in our industry is, the holy grail had been, well, the most cost-effective thing for a homeowner to do is a deep energy retrofit,” Adams said. “It’s not how contractors do business and it’s not how homeowners think about their houses.”

“We want to help homeowners understand what sequence might be most advantageous,” Adams added. “And if I am thinking about upgrading or replacing something, what should I be thinking about?”

Pearl also certifies new homes for builders and is in both Virginia and Maryland markets. Moving forward, the company hopes to build a national presence.

In April, the National Association of Realtors announced Pearl’s acceptance into the REach® technology accelerator program. Adams said this will provide important mentorship and networking opportunities.

“Now is the moment when we staff up and we go out and we try to get people engaged with our products and services,” Adams said.