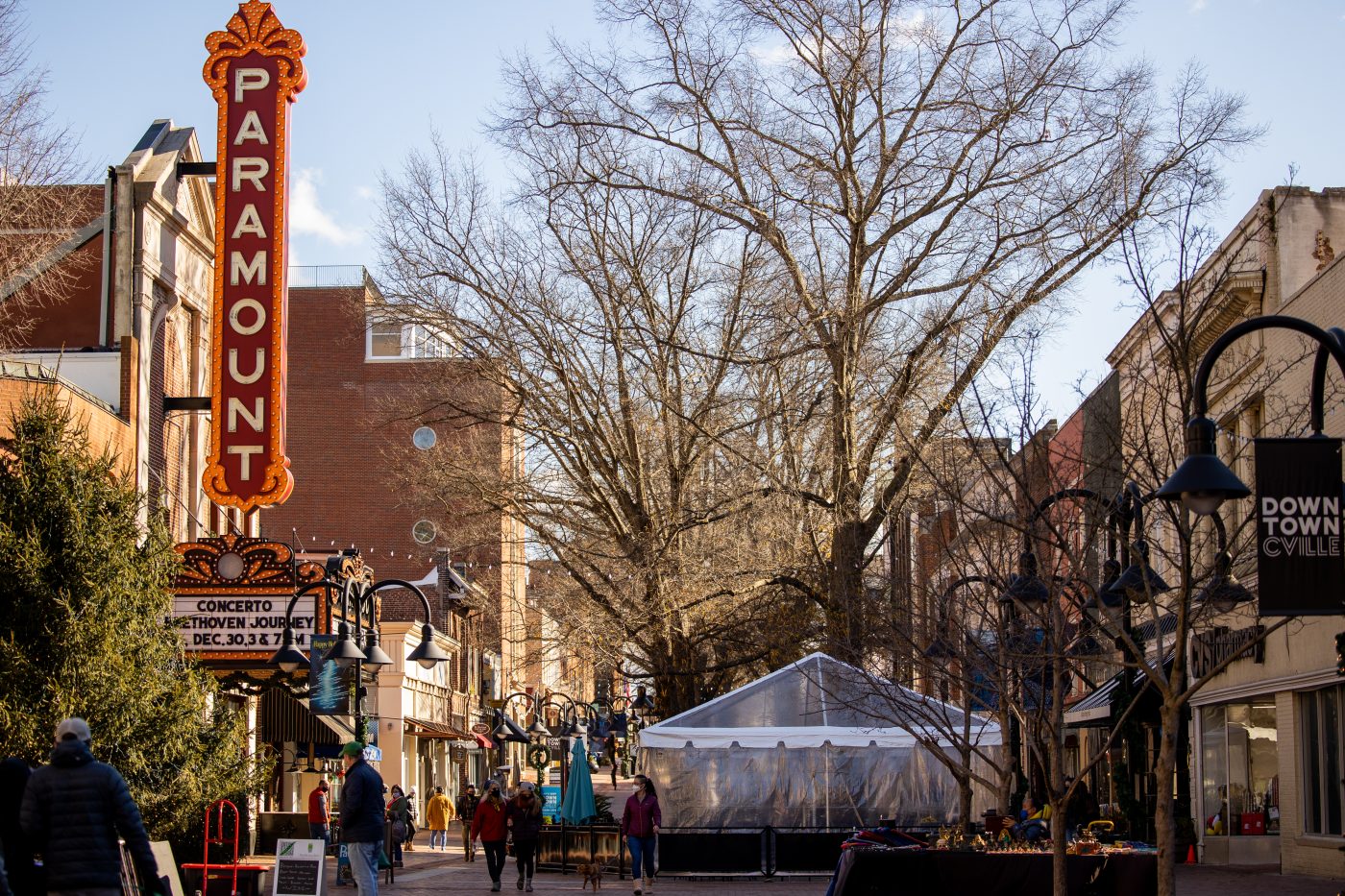 The Downtown Mall is the beating heart of Charlottesville’s social scene and stands as one of the biggest draws to out of town visitors. Making it a designated open container zone could be the solution to a local restaurant industry ravaged by the pandemic.

The Alcoholic Beverage Control bill, SB1471, which could allow localities to designate open container districts, has passed the House of Delegates and state Senate and now is headed to Gov. Ralph Northam’s desk. The implementation of this bill could have an impact on pedestrian-friendly areas such as Charlottesville’s Downtown Mall.

With more than 50 restaurants, coffee shops and cafés, the Downtown Mall is a place where tourists and townspeople meet. Some of the owners of those establishments are excited about the possibilities under SB1471, especially after a year of safety restrictions due to the COVID-19 pandemic.

“I think it could be helpful as people have experienced a lot of different dining out options over the past year and this would give us another way to work within that space that we have and give people more space to roam,” said Rich Ridge, owner of The Fitzroy.

After a year that saw more than  8,600 initial unemployment claims in the Charlottesville area, per numbers provided by the Charlottesville Office of Economic Development, and more than 10,000 claims statewide in the food preparation and service industry according to the Virginia Employment Commission, the idea of an open container district seems promising to those in the industry.

“To have open alcohol as something else at our disposal for creating special events, I think it would just increase the draw [to tourists],” Ridge said.

He continued, “I think we’d be well poised to make something out of it. And this year as more people get vaccinated and can come out safely, there’s gonna be just a tremendous interest in things like that. I’d love to see that happen.”

Restaurateur Hunter Smith agrees that enacting the policy locally will need to be done in a way that is safe and benefits local businesses and the city in general.

“Provided everybody’s got a plan for good behavior so to speak, I think every establishment should be able to have this kind of privilege and as long as we create a form that makes it safe and consistent,” Smith said.

He went on to say that “there’s already plenty of laws in Virginia about safe alcohol consumption but we have to make sure that we get it done the right way.”

Smith, who owns multiple establishments on and near the Downtown Mall — Brasserie Saison, Passiflora and Champion Brewing Co. — mentioned that business owners would have to work together with city staff, including the Charlottesville Office of Economic Development.

“We can’t just expect necessarily city staff or the business community alone to make it happen, there are a lot of folks who are going to have to come to the table and I think they’re one of them,” he said.

“The overall goal, obviously, is to make the mall a welcoming place to those who want to visit it … anything the city can do to help that especially during this time would be obviously in everyone’s best interest,” Ness said. “But I think there’s a lot to learn on this bill and there’s gonna be a tremendous amount of public engagement on understanding the impacts of something like this that would happen.”

Ness explained that for the Downtown Mall to become a designated open carry zone, it would have to go to a City Council vote and would probably face a “lengthy community input session.”

He also noted that there would be many factors at play, including the amount of control localities would have over these designated areas. For example, would local governments have the power to designate specific times of day or days of the week that these designated zones would be operational?

Before the local government could take action, however, the bill still has to be signed into law by the governor.

“I think a lot of people and restaurants are in a bad spot in trying to recover but I think that means we need to be diligent in our understanding of what this could bring for the mall or any other area in the city that demonstrates an interest in it,” Ness said.