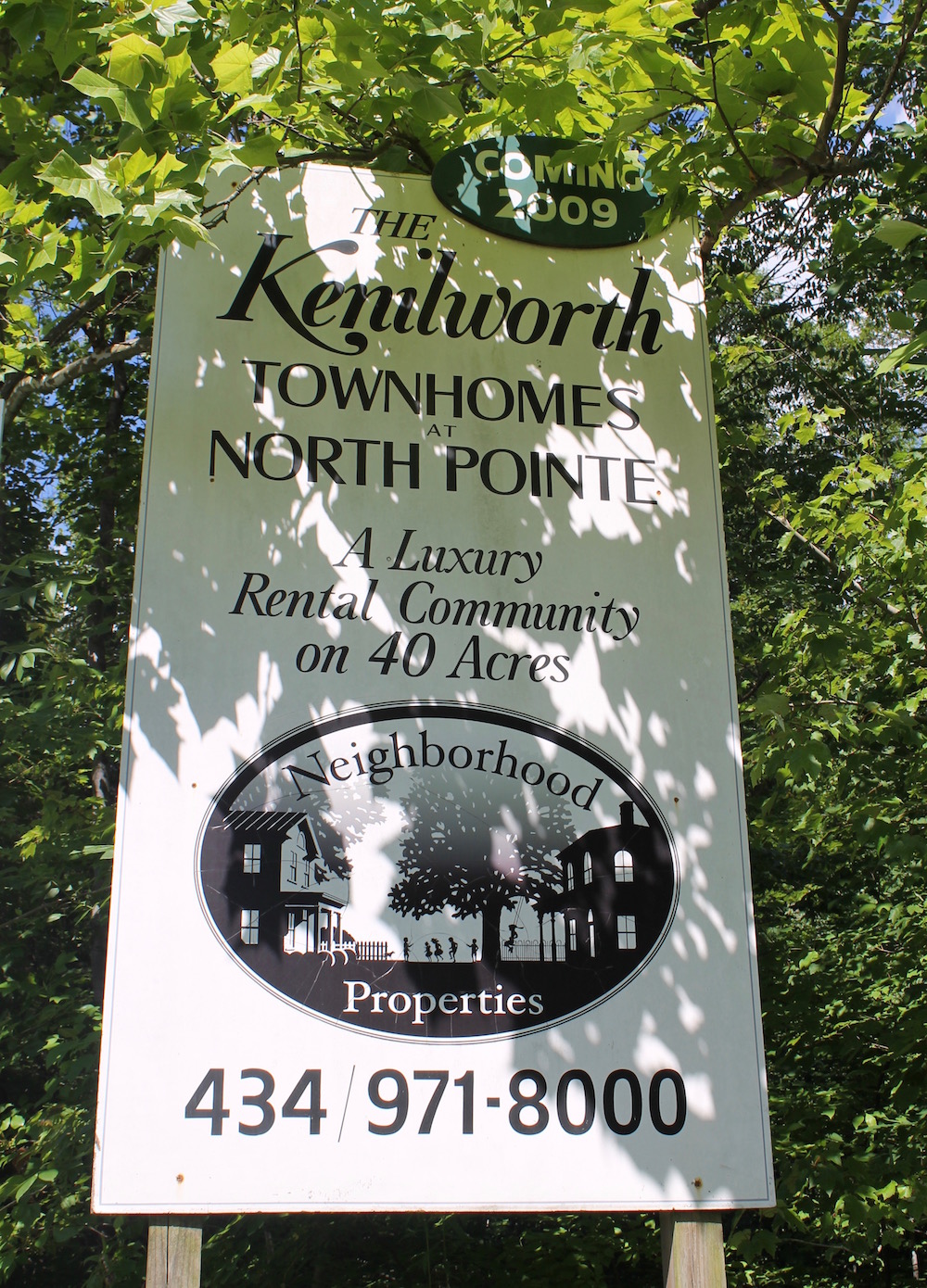 More than 10 years after the Albemarle County Board of Supervisors approved a rezoning for the 900-unit North Pointe development, developers say the first homes are still one to two years away from construction.

The development, located past the Forest Lakes community along U.S. 29 North, has been delayed for a multitude of reasons that include the Great Recession and local sewer capacity.

This week, the Albemarle County Architectural Review Board reiterated that it will need to approve the design of buildings that will be visible from the highway. These buildings are some of the 184 townhomes in the part of North Pointe being developed by Richard Spurzem of Neighborhood Properties.

“We’ve had challenges all along, from the Virginia Department of Transportation and the Department of Environmental Quality and the Army Corps of Engineers and the Albemarle [County] Service Authority and all sorts of other agencies, but this is the last little step,” Spurzem said. “So, this is really something minor.”

Great Eastern Management is developing the majority of the 269-acre mixed-use development. Neighborhood Properties is building a residential section on 40 acres of the development.

On May 15, the ARB approved Neighborhood Properties’ townhomes on the condition that the developer attend a work session to revise the architectural elevations.

“There were significant problems with the elevations,” said ARB chairman Bruce Wardell during this week’s meeting.

Because U.S. 29 North is considered an entrance corridor under county code, the ARB’s guidelines require that buildings visible from the highway address the street as a public place.

“In other words, it can’t be just back decks and grills and equipment,” said Wardell. “The design that was presented was essentially an uninterrupted back facade of a series of townhouses.”

Normally, the ARB approves elevations in order to award a certificate of appropriateness, which is presented to the county when approving final site plans. In other words, the elevations approval must come before site plan approval.

Before this week’s meeting, Neighborhood Properties requested that the ARB table the elevations approval and revisit the drawings after builders have been hired. Spurzem said that would allow the construction process to move forward and avoid a return to the ARB with revised designs.

Granting a request to rearrange the standard procedure in this way would be very unusual, according to Margaret Maliszewski, ARB principal planner.

In Monday’s meeting, the ARB denied Spurzem’s request, concerned that he would not be able to make necessary adjustments later in the game.

“We didn’t feel that that was in the county’s interest,” Wardell said.

This order of approvals is a problem in the county process, Spurzem said.

“We have no idea who is even going to be building these townhouses yet, so we’re basically coming up with elevations for buildings that will never get built in order to get approval,” said Spurzem. “So, it just adds another cost to the process, a cost that ultimately gets passed on to the future homebuyer.”

Spurzem points to changing markets as another reason building plans should be approved later in the process. In the years it takes to complete the approval process, builders can find better products to build for a developer, Spurzem said.

Neighborhood Properties most likely will hire different builders for the different-sized townhouse lots. Those builders “are not going to want to build the product that we have shown the ARB,” Spurzem said.

“But we’re fine,” Spurzem said. “We’ll just come back in two years with the new builder and his new plans and ask for another approval.”

Great Eastern Management is continuing to work on the sewer connections in their part of North Pointe. The sewer lines stopped about a half-mile from the project, and extending it to the site will cost $1.1 million, according to David Mitchell, Great Eastern’s construction manager.

The sewer construction is set to finish by April 2018. Construction on Great Eastern Management’s section of North Pointe will begin with roads, and lots will hopefully be available next spring.

Originally, North Pointe was meant to provide housing for the expanding Rivanna Station military base north of the development. But because the housing project has been in the works for more than a decade, those employees have presumably found other housing in Charlottesville, Spurzem said.

“That’s an unfortunate part of all the delays we’ve had,” Spurzem added.