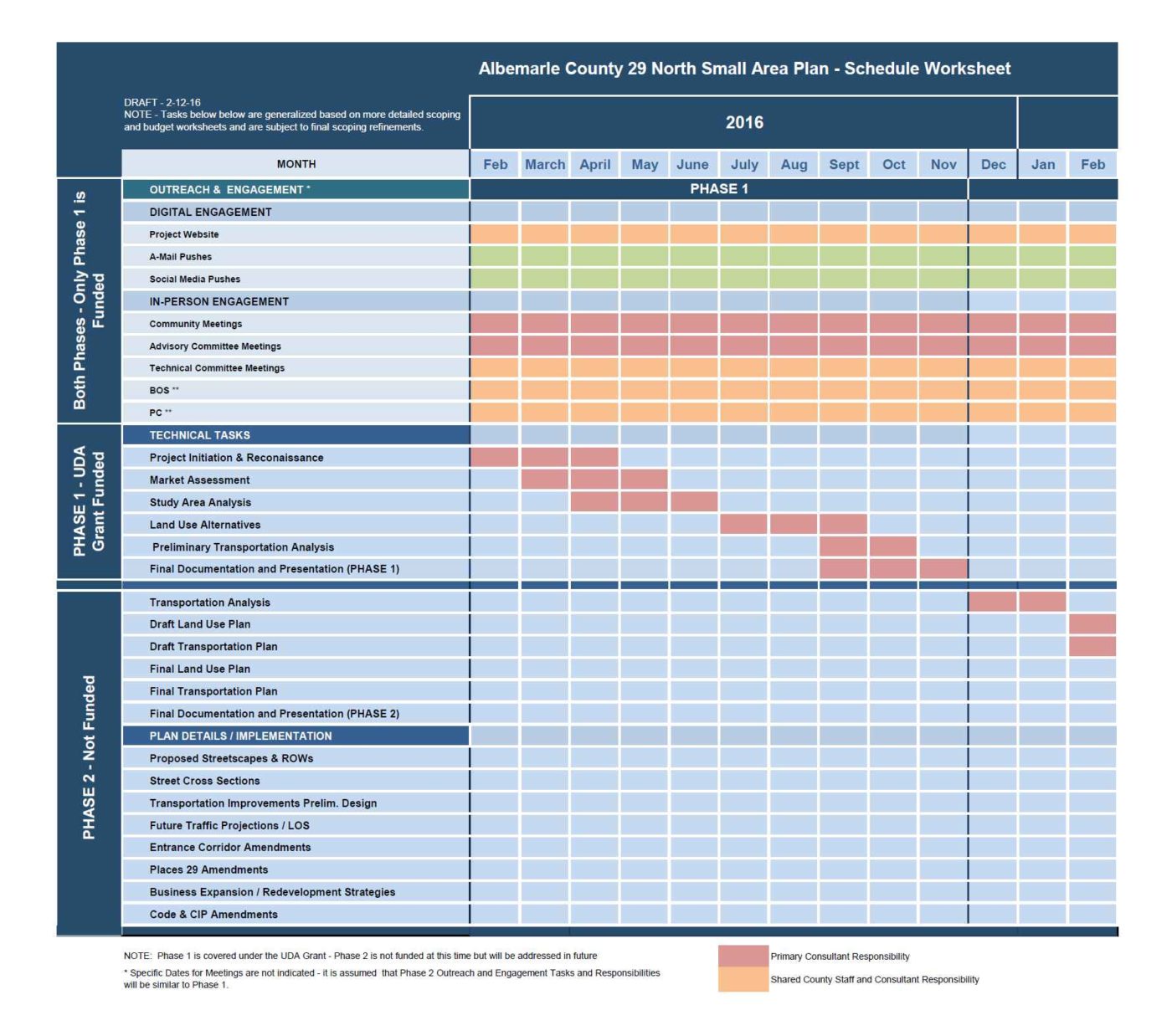 http://s3.amazonaws.com/cville/ Albemarle to prioritize infrastructure near U.S. 29 and Rio RoadCommittee to explore Albemarle’s long-term funding needsSupervisors adopt Places29, pass on Hollymead expansion
Albemarle officials have begun work on a plan to guide redevelopment around one of the county’s most urban locations.
“Rio Road and U.S. 29 is the focal point for a lot of investment now in transportation,” said Wayne Cilimberg, the county’s director of planning. “It is a commercial and retail center for the county and the region.”
The idea of detailing the county’s vision and expectations for the Rio Road intersection dates back to the Places29 Master Plan, which was adopted in 2011. Since then, the Commonwealth Transportation Board has invested $81 million to build a grade-separated interchange at Rio and 29. That is scheduled to open in October 2017.
Albemarle invested $11.8 million in a new Northside Library that opened in March 2015. Supervisors set aside $120,000 in the current fiscal year to create the small-area plan.
“In creating this small-area plan, Places29 expressed some expectations such a plan would include,” Cilimberg said. “There were a variety of land-use, transportation, streetscape and street network expectations, but there was also an opportunity to identify business development possibilities.”
However, the county won’t have to spend any of its own money on the first phase of the plan, thanks to a grant from the Virginia Office of Intermodal Planning and Investment. That will allow the hiring of the Renaissance Planning Group to begin work on community engagement, market analysis and a preliminary transportation analysis.
A second phase would involve creating a final plan, which could involve changes to the zoning code. Specific funding for that phase has not yet been identified.
Supervisor Brad Sheffield said he wishes the plan had been conducted five years ago.
“It’s going to be harder to change this area as it’s already improving,” he said.
Sheffield also said the year-and-a-half timeline for the study’s two phases may be too long. He said the study should recommend specific areas where the county could initiate a rezoning to incentivize development.
“I can imagine that would be one of the first steps as far as identifying what capital [funding] we have,” Sheffield said.
The county has a precedent for such a preemptive rezoning. Supervisors adopted a specialized Downtown Crozet District in 2008 to create a more urban place.
“That type of zoning district is much more form-based and not so much about land use or use of buildings,” Cilimberg said. “It’s more about how buildings and land use are fitting a form that’s been identified in your planning work.”
Supervisor Ann H. Mallek said she wants to make sure the study will create something new rather than simply rewrite a previous study.
“It’s a very important project but I’m just nervous about it going down into a ditch and not being able to get out,” Mallek said.
Supervisor Rick Randolph said he would like phase one of the plan to consider a potential county courts system as one land use in the Rio Road study area.
Albemarle and Charlottesville currently are working on a plan to co-locate their general district courts in Court Square, but a final plan has not been adopted.
“That would then be able to look at the business potential of having a consolidated county facility there,” Randolph said.
Planning staff will return to the board with a scope for the study in April, as well as some suggestions for how to fund any public infrastructure that might be called for in the final plan. That could include tax-increment financing, a special tax district or some other previously unused method.
The grade-separated interchange project is on schedule and on budget according to Philip Shucet, a former commissioner of the Virginia Department of Transportation hired by Gov. Terry McAuliffe to oversee the Route 29 Solutions projects.