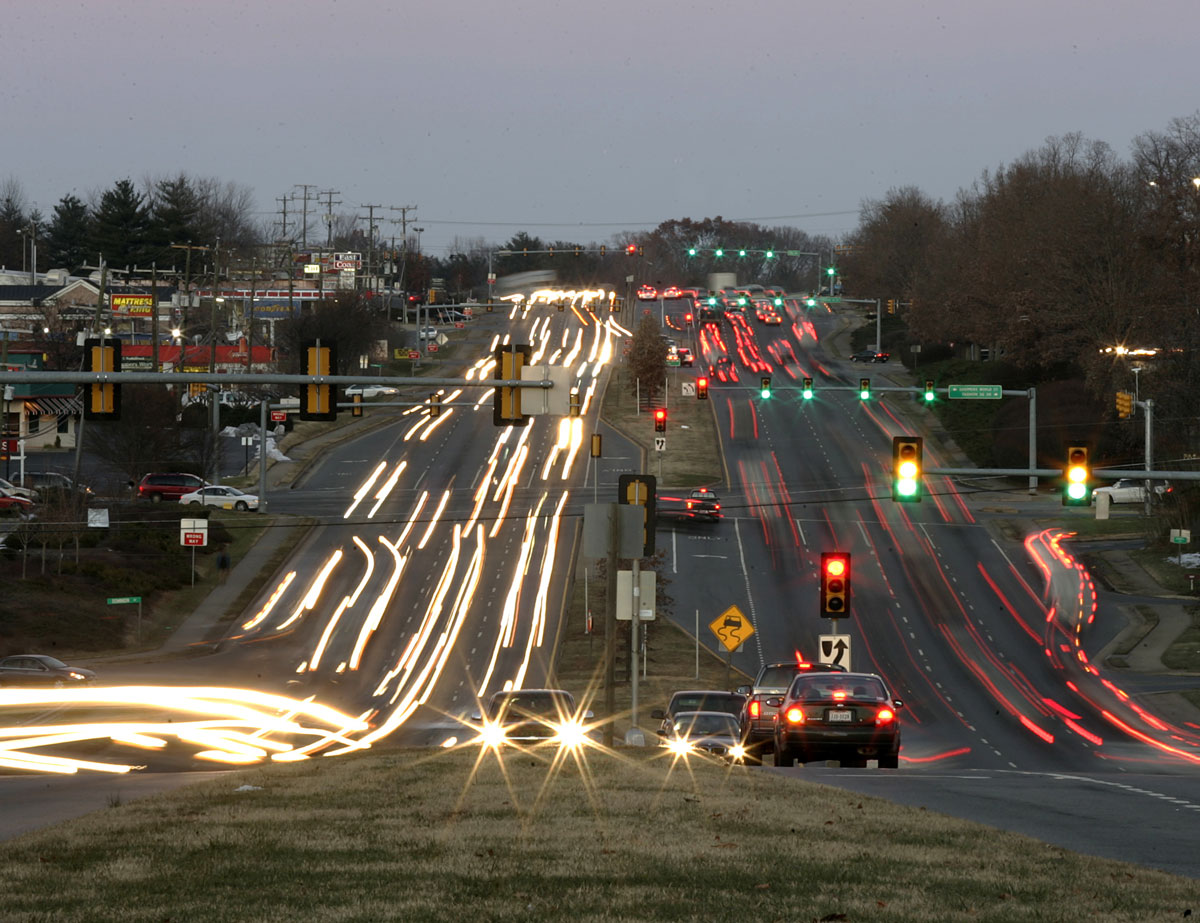 Now that the Western Bypass is history, local government officials are preparing for a near future in which over $200 million worth of transportation projects will be built to alleviate traffic congestion on U.S. 29.

The Virginia Department of Transportation is expected to hire one contractor to oversee design and construction of several projects, including the widening of U.S. 29 between Polo Grounds Road and Hollymead Town Center, the extension of Berkmar Drive to Hollymead Town Center and a grade-separated intersection at 29 and Rio Road.

“This set of projects is a high priority with VDOT and is all fast-tracked,” said Albemarle County planning director Wayne Cilimberg at a recent meeting of the Planning and Coordination Council’s technical committee. The council is made of representatives of the county, the city of Charlottesville and the University of Virginia.

Cilimberg said VDOT expects most of the projects recommended by former Commissioner Philip Shucet to be completed by October 2017. On Thursday, the agency will issue a request for qualifications from firms that want to bid on the universal contract.

Companies must respond by Aug. 28 and a request for proposals will be sent to a short-list of qualified firms Oct. 2. Prices will be due Dec. 4 and the Commonwealth Transportation Board is expected to award a contract Feb. 18.

“I can tell you with a high degree of reliability that VDOT is going to meet every one of these dates,” Shucet said at a meeting of the Route 29 Delivery Advisory Panel earlier this month.

By hiring one firm to oversee all of the construction projects, VDOT officials hope to reduce the overall cost of the work.

“You’re getting a bigger bang for your buck,” said John Lynch, administrator of VDOT’s Culpeper District, which includes the Charlottesville area. Lynch’s last position with the agency was as director of the megaprojects division in Northern Virginia, which oversaw upgrades to Interstate 495.

“You have fixed costs on every construction project such as mobilization, management and overhead. By combining all of these, you’re going to get efficiencies there,” Lynch said.

By using the design-build process, VDOT will instead provide general guidelines about projects rather than dictate how to build them.

“VDOT is going to have to state what their goals and objectives are and these short-listed teams of contractors come forth with plans on how they’re going to accomplish that,” Shucet said.

However, the extension of Hillsdale Drive will not be included as part of the design-build contract for the U.S. 29 work. It was announced at the PACC committee meeting that Charlottesville will continue to manage the $29.6 million project.

“We’ve got a plan that’s 98 percent done and we know what we want,” said Jim Tolbert, the city’s director of neighborhood development services.

VDOT had asked city officials if they would want to relinquish control to make the design-build contract for the U.S. 29 work bigger in order to make it more attractive to large engineering firms.

The City Council said it would hand the project over to VDOT, but only under certain conditions.

“We want street trees, bike lanes, and want it to be more urban,” Tolbert said. “VDOT said they could not guarantee in the design-build that that’s exactly what we would get.”

The Commonwealth Transportation Board has fully funded the $15 million cost to purchase right-of-way for the Hillsdale Drive project. Tolbert said paperwork to begin negotiations with landowners has been submitted to VDOT.

Tolbert also said the council and city staff have questions about the southern extension of Hillsdale to Holiday Drive. The CTB allocated $10 million to that project in June, but it also will not be included in the design-build contract for the U.S. 29 work.

“We think it is foolish to build it without knowing you can go all the way to the [U.S. 250 Bypass],” Tolbert said. He said VDOT will now study that project when it begins preliminary engineering for a grade-separated interchange at Hydraulic Road and 29.

“How these all get wrapped together is critical,” Tolbert said.

Several business leaders have expressed concern that having so much construction underway at once will be disruptive to businesses.

“We are very concerned that the [sales] revenue that’s going to be lost because people are not going to want to get on 29,” said John Nunley, owner of Better Living and a member of the 29 delivery panel.

“If you’re doing Berkmar and Hillsdale at the same time, [customers are] going to go to Waynesboro,” Nunley said.

The Thomas Jefferson Planning District Commission is planning a meeting soon with VDOT staff and business representatives to begin discussions about how to mitigate economic losses from construction.

“Originally, it was discussed that you would try to get all of the parallel roads completed before Rio got underway, but with the healthy incentive to complete it all, the contractor will be weighing how to get it all done at once,” said Chip Boyles, executive director at the Thomas Jefferson Planning District Commission.

“The businesses are not in favor of that schedule,” Boyles said.

Tolbert said VDOT also wants to be able to work on the projects at night, but the city is still evaluating the feasibility of doing so and the potential impacts to hotels in the vicinity.

Cilimberg said the design-build contract will mean that Albemarle will receive more than just road projects. For instance, the widening of U.S. 29 will allow the county to extend its sidewalk network.

“We would want to see included a multiuse path and trail for bikers and walkers adjacent to the corridor,” Cilimberg said.