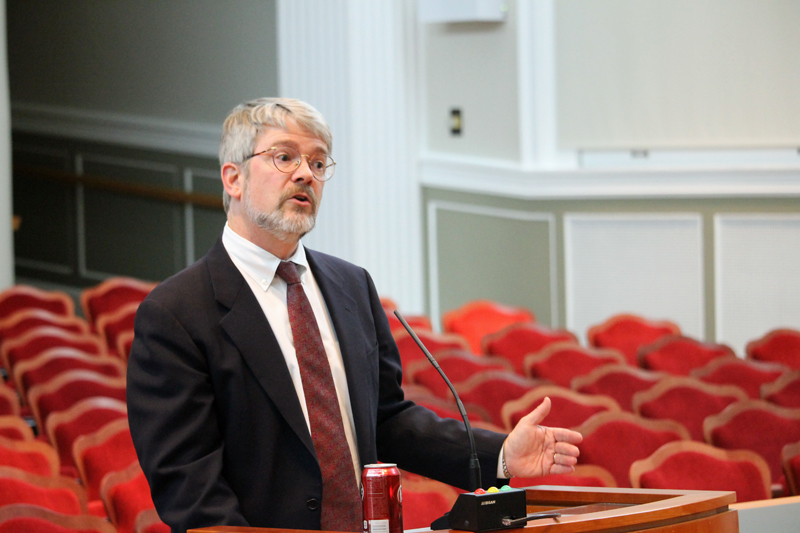 Revenues fell $266 million short of forecasted growth, according to a news release from the governor’s office. The state collected $18 billion in revenue this year, representing 1.7 percent general fund growth. Projected growth was 3.2 percent, the release said.

The shortfall means state officials must re-forecast revenue and put raises for state employees and funds for raises for state-supported employees, which were slated to take effect Dec. 1, on hold.

Despite the possible reduction, officials in both school systems said they would honor the raises no matter what the state does.

“Contracts have gone out and we have already hired new people based on [the budgeted] numbers,” said county schools spokesman Phil Giaramita. “Whatever we decide on how to manage it, that won’t affect teacher pay.”

Neither division has final confirmation of how much, if any, money it will lose, the officials said.

Jackson Zimmerman, county schools executive director of fiscal services, said the division has not been told it will lose any state support.

Officials in Gov. Terry McAuliffe’s office said the administration is working on a response to the shortfall.

“Language in the state budget ties pay increases to the revenue forecast, and therefore any action on this matter will require a careful review of the options and a coordinated response, including legislative consideration during the 2017 General Assembly session,” said Christina Nuckols, deputy communications director for the governor’s office. “The governor … even though they put it up) took prompt action earlier this year to address the revenue shortfall by asking state agencies to conserve resources.”

“It is something we are monitoring,” said city schools spokeswoman Beth Cheuk. “All of our revenue streams are subject to variation, so I do not think it is something that is too much different from normal variations.”

Albemarle County budgeted $2,365,814 for teacher and staff raises, or an average raise of about 2 percent, in the fiscal year that began July 1, budget documents showed.

Charlottesville schools budgeted $856,765 toward raises for teachers and division staff in the same period.

The state’s contribution is based on the Standards of Quality staffing formula, which provides guidelines for the minimum acceptable number of teachers and staff for a given number of students.

Both the county and city schools fund well above the state-mandated level, officials said.

The full effect of the shortfall statewide is still unclear, said Meg Gruber, president of the Virginia Education Association.