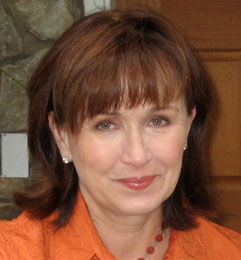 The filing deadline for candidates to local school boards to get on the November general election ballot has passed and a familiar election has taken shape in the City of Charlottesville and Albemarle County.  All of the candidates are running unopposed.

Five of the six races this year, three each in the city and county, feature incumbents.  Last week, newcomer Katherine “Kate” Lee Acuff announced that she would run for the open Jack Jouett seat on the Albemarle County School Board.

School board member Diantha McKeel is running for the Jack Jouett seat on the Albemarle Board of Supervisors.

“I think I can add value to the school board,” Acuff said. “I have long worked in policy and long been interested in policy. It was an opportunity [to pursue] my interests in education.”

Acuff, a graduate of the Georgetown University Law Center, the School of Public Health at Johns Hopkins as well as the University of Colorado Health Sciences Center, has concentrated her career in the public health sector.

“I believe public schools are a key community asset.  We are all stakeholders in schools that enable students to become lifelong learners, engaged citizens and contributors to the economic and cultural health of the community,” Acuff said in a press release.  “Further, top-notch public schools attract business and economic development to a community.”

Acuff said she supports a broad educational base in all subjects as well as increased science and health education, but notes the school division’s financial constraints.

“The biggest challenge is going to be to continue that trajectory of pushing school excellence and job readiness with ever decreasing contributions from the state,” Acuff said. “So we must do as much as we can with whatever resources we have.”

Two Albemarle School Board members will be uncontested as they seek new terms in November , Pam Moynihan of the Rio District and Eric Strucko of the Samuel Miller District.

In 2009, Moynihan faced Ned Gallaway in the Rio District. She won with 56 percent of the vote.  Gallaway subsequently was elected to the Albemarle School Board’s At-Large seat in 2011.

The City of Charlottesville switched to an elected school board in 2006. Prior to 2006, members were appointed by Charlottesville City Council. Members serve four-year terms

This year, Jaundiego Wade, the current Board Chair, along with Ned Michie and Leah Puryear are running unopposed for re-election.

This is a repeat of the 2009 election when they also ran unopposed.

In 2006 Wade, Michie, and Puryear ran and won a contested race against Susan W. Lewis, Charles W. Kollmansperger, and Vance D. High.  The city’s 2011 election for school board had seven candidates competing for four seats.