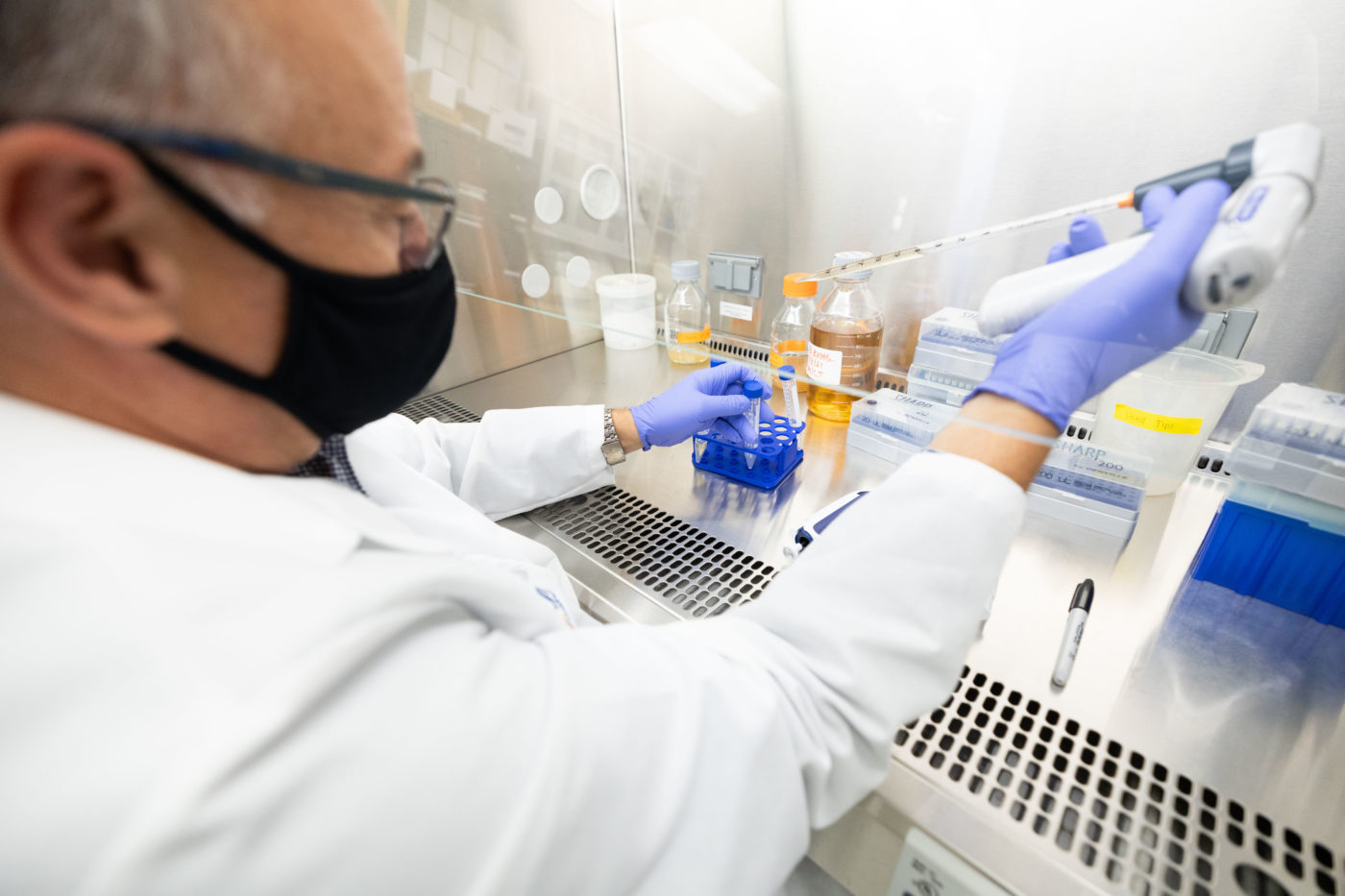 Dr. Steven Zeichner works in his lab on a universal coronavirus vaccine.

Get our headlines to your inbox 2-3x a week

Right now, a handful of scientists around the world are trying to create a universal vaccine that would protect against this — and all future — coronavirus pandemics.

The problem they face is that viruses are constantly mutating. It’s a simple technique they use to outfox immune systems. As the immune system learns to identify and defeat the virus, it changes to stay alive. That’s why a vaccine that protects against the virus that causes COVID-19 may not protect against future variations of the same virus.

In order to achieve that, scientists need to find something deep within the coronavirus that must remain constant. Something that is so crucial to the virus’ function that it cannot change.

And, in a small lab tucked away at the UVA Medical Center, infectious disease specialist Dr. Steven Zeichner and his team believe they have found it.

“It’s the part of the virus called the fusion peptide,” Zeichner said. “When the virus binds to other cells this is what it uses to stick itself into the cell so that it can release its genetic material. This fusion peptide is always the same across all variants. For some reason, there is something essential in it.”

It’s so essential that it appears to remain unchanged not just among COVID-19 variants, but all known coronaviruses — the common cold, the viruses that cause MERS and SARS, and even distantly related coronaviruses that don’t infect humans. A vaccine that targets this fusion peptide could work against all of them.

The discovery was a eureka moment for Zeichner and his team. They quickly made a vaccine that provokes an immune response to the fusion peptides present in SARS-CoV-2, the virus that causes COVID-19, and tested it on pigs. 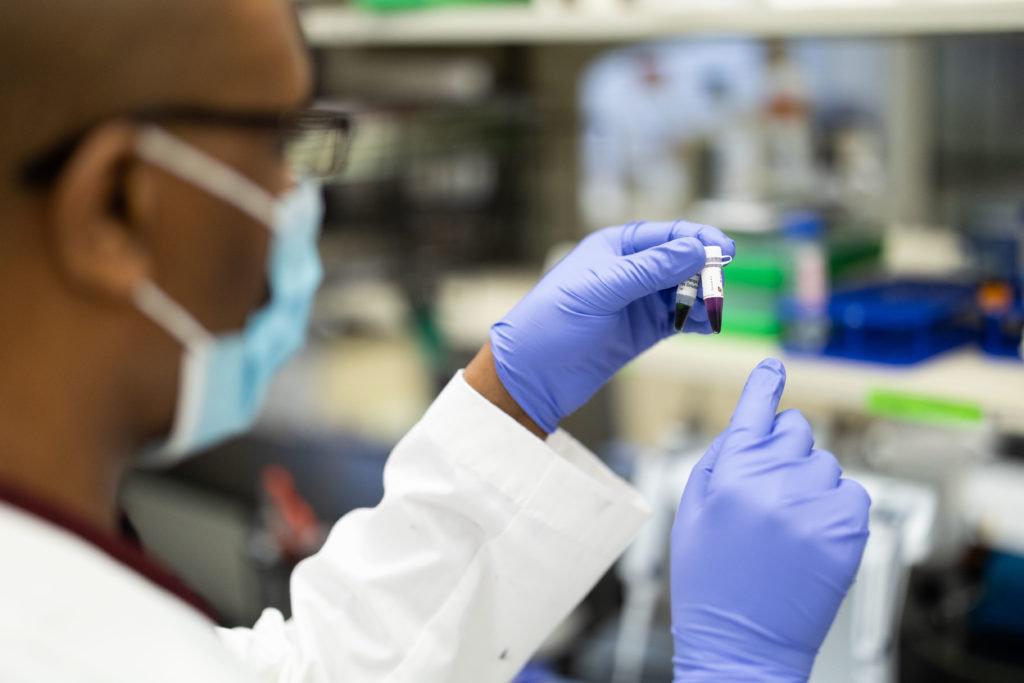 Researchers in Zeichner's lab work on a universal coronavirus vaccine.

Pigs can be infected by SARS-CoV-2, but they are also susceptible to an entirely different kind of coronavirus. That virus, called porcine epidemic diarrhea virus, is a distant cousin of SARS-CoV-2.

To the scientists’ shock and delight, their fusion peptide vaccine not only protected the pigs against COVID-19, it also protected them against porcine epidemic diarrhea virus.

“That would suggest this same COVID-19 vaccine would protect against all variants,” Zeichner said. “So, that’s what we’re working on now.”

Zeichner didn’t set out to create a universal vaccine. His initial project was to develop an inexpensive and easily manufactured one for SARS-CoV-2.

“The new mRNA technology that was used to create the [Pfizer and Moderna vaccines] is great, but it’s a really elaborate technology that is ideally suited to the modern world,” he said. “It’s a really involved production process that can only be done in a few places. We wanted something that was inexpensive and could be made in factories that already exist around the world.”

Zeichner’s lab was already working on a technique to rapidly create these types of inexpensive vaccines when the COVID-19 pandemic hit last year.

His technique utilizes killed whole-cell bacteria — something humans have used to create vaccines for decades.

What’s different about Zeichner’s approach is he uses a special kind of e-coli bacteria that has had most of its genes deleted. With so few genes, the bacteria essentially becomes an empty vessel to carry the vaccine.

From there, Zeichner infuses synthesized DNA of the SARS-CoV-2 virus into the e-coli bacteria to create antigens — the things that induce an immune response in the body — on the bacteria’s surface.

Almost immediately, Zeichner’s team ran into a problem. The part of the SARS-CoV-2 virus that scientists are using to create antigens (the infamous spike protein visible on all COVID-19 pictures and drawings) was too big to fit on the e-coli bacteria. 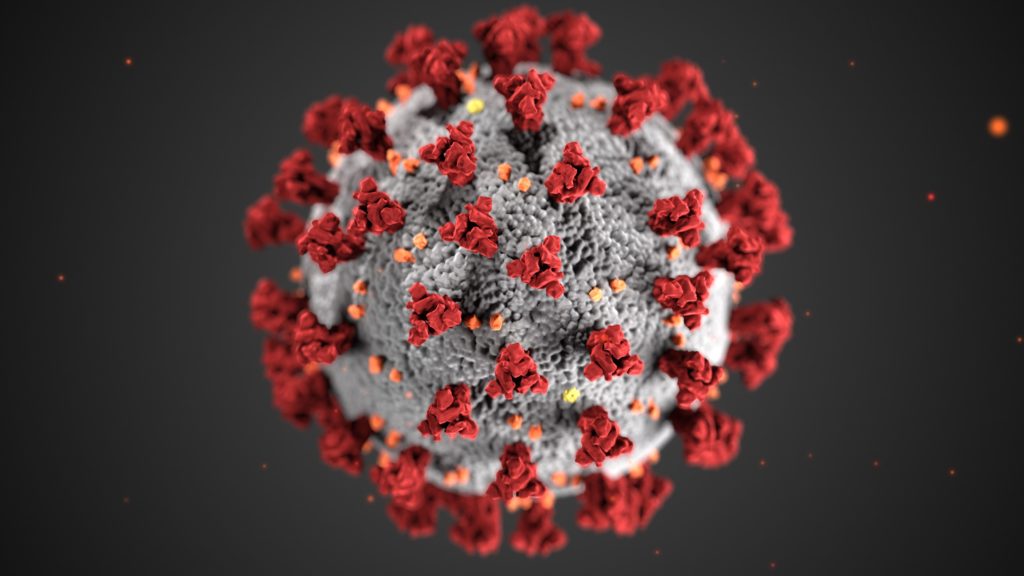 This illustration, created at the Centers for Disease Control and Prevention, reveals ultrastructural morphology exhibited by coronaviruses. Note the spikes that adorn the outer surface of the virus, which impart the look of a corona surrounding the virion, when viewed electron microscopically. A novel coronavirus, named Severe Acute Respiratory Syndrome coronavirus 2 (SARS-CoV-2), was identified as the cause of an outbreak of respiratory illness first detected in Wuhan, China in 2019. The illness caused by this virus has been named coronavirus disease 2019 (COVID-19).

So, the team went hunting for something smaller within that spike protein to use as an antigen.

“For our system, we thought, let’s choose something in the virus’ spike system that cannot be changed,” Zeichner said.

His team began reviewing databases that contain the genetic sequencing of all known COVID-19 variants.

That’s where they discovered the fusion peptide.

Zeichner’s discovery is one of several promising developments in humanity’s quest for a universal coronavirus vaccine.

Scientists at the University of North Carolina at Chapel Hill, for example, recently developed a vaccine that targeted SARS-CoV-2 and other older coronaviruses that showed promise in experiments with mice. A team from UCI Health (University of California, Irvine) has likewise created a vaccine that protects against multiple SARS-CoV-2 variants in animal trials.

And there are others.

The Coalition for Epidemic Preparedness Innovations this spring announced it would distribute $200 million to scientists working on universal coronavirus vaccines. It will continue taking applications until Oct. 31.

“We have received numerous applications worldwide and are hoping to be making announcements on new partnerships in the coming months after the call’s deadline,” Jodi Rogers, a spokeswoman for CEPI, said in an email. 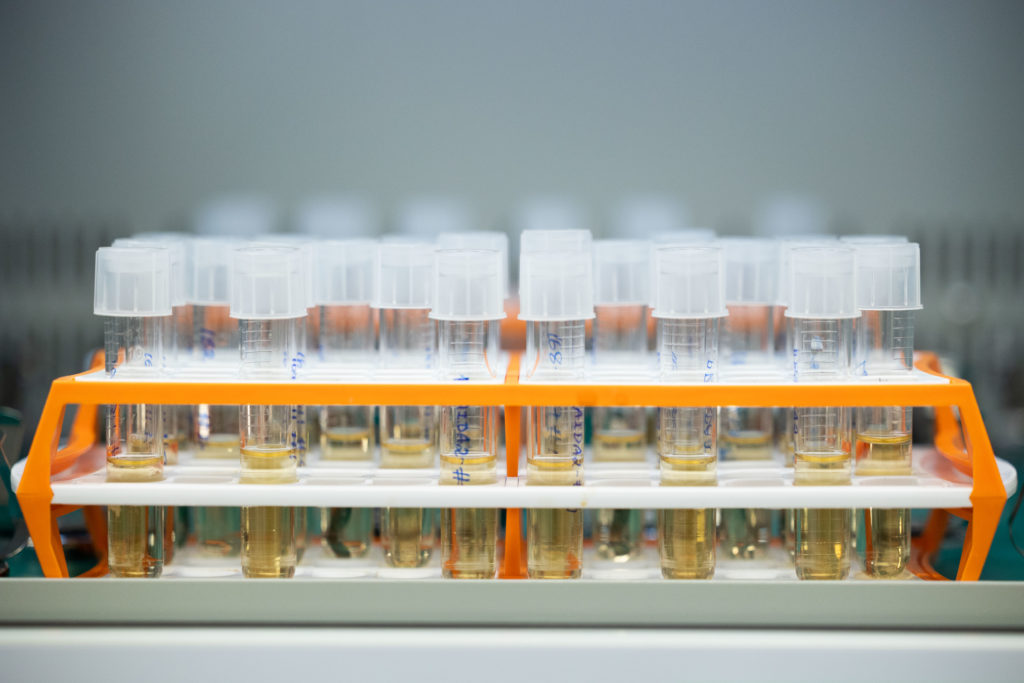 With multiple scientists working independently on vaccine candidates, it is “very likely” that the coming years will bring multiple universal (or at least widely effective) coronavirus vaccines, said Pablo Penaloza-MacMaster, an assistant professor of microbiology-immunology at Northwestern University.

Penaloza-MacMaster is also working to create a universal coronavirus vaccine, with his lab at Northwestern.

“One of the challenges is to determine what antigen to use,” he said in an email discussing the work happening to create a universal vaccine. “Current vaccines teach the immune system how the outside spike protein of the virus looks. But an ongoing question is whether future vaccines should also include other proteins that are more similar between different CoV.”

Should Zeichner’s project succeed, it will likely be among the cheapest coronavirus vaccines to produce.

With that end goal in mind, he has already connected with the World Health Organization’s International Vaccine Institute to facilitate the quick transfer of his vaccine to factories capable of producing it in developing countries.

“My lab is a small academic lab, we’re not a drug company,” Zeichner said. “So we’re pairing with the WHO. They have the ability to do international manufacturing and manage technology transfer to companies around the world.” 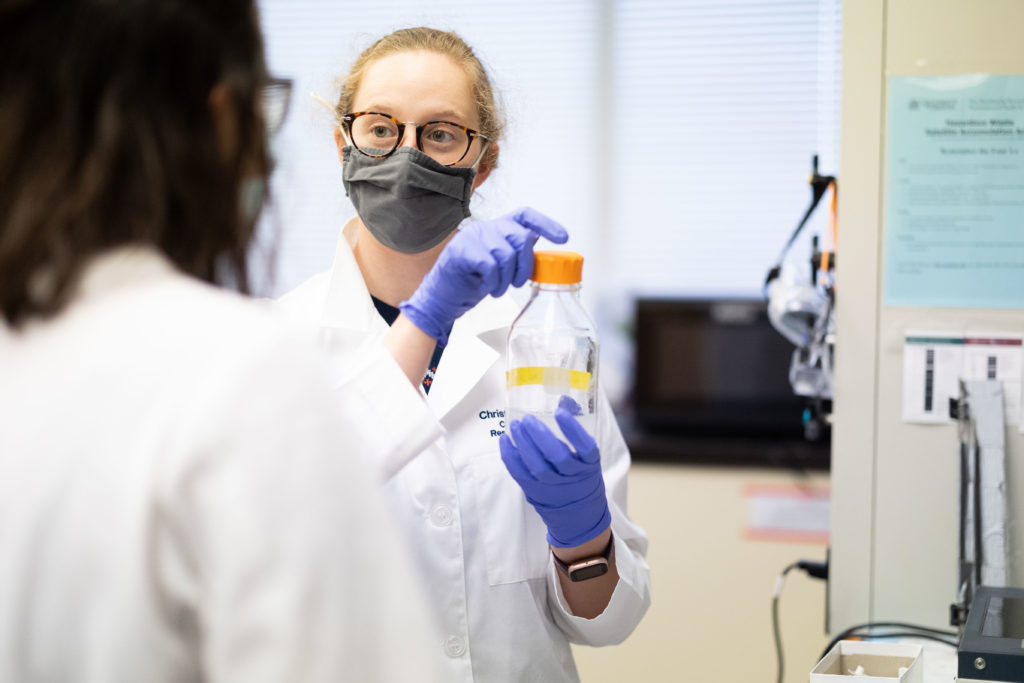 Scientists in Zeichner's lab work on a universal coronavirus vaccine.

This vaccine is not quite ready for that step, he added.

In the pig trial, the vaccine protected the animals against disease, but didn’t stop them from becoming infected. The team is working on building up the vaccine to also stop infection.

Ultimately, Zeichner said, the success his team will have depends largely on how well funded they are.

He has already applied for several grants to continue the work.

Anyone who wants to help fund Zeichner’s work should contact Debbie Ryan, the principal gifts officer at the UVA Health Systems, at 434-981-6787 or email her at DAR2H@hscmail.mcc.virginia.edu.

“I worry that there is going to be a new variant develop that is much, much more problematic than the ones we have now,” Zeichner said. “Those variants will be here before you know it. That’s why we’ve got to get the whole world immunized. The goal for our vaccine is to have something that is easy to produce all over the world. It will add another way to get vaccines to people everywhere.”