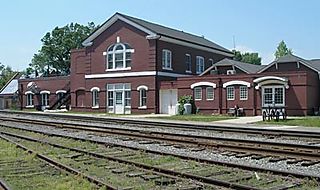 When the Commonwealth Transportation Board takes action on a new six-year transportation plan on Wednesday, it also will be taking a vote on a package of alternatives to the now-defunct Western Bypass of U.S. 29 in Albemarle County.

Philip Shucet, a former commissioner of the Virginia Department of Transportation, was tasked this spring with suggesting other projects that could improve the flow of through-traffic on U.S. 29 after the Federal Highway Administration indicated it likely would not approve the bypass.

“When you vote tomorrow on the six-year plan, inherent in there will be those recommendations,” Layne told members of the CTB at a workshop in Richmond on Tuesday.

“I did not see the need to go for a separate vote.”

In May, the Charlottesville-Albemarle Metropolitan Planning Organization endorsed $203 million worth of projects for U.S. 29, including $81 million for a grade-separated interchange at Rio Road, $54 million for an extension of Berkmar Drive across the Rivanna River and $5 million toward track improvements and rolling stock to allow a second passenger train to travel between Lynchburg and Washington. The train makes a stop in Charlottesville.

However, Layne said the package has now been “enhanced” with an additional $27 million to fully fund the second train. That increases the total amount of Shucet’s recommendations to $230 million.

Some members of the Charlottesville-Albemarle business community are opposed to the Rio Road interchange and have asked the CTB to deny funding for its construction until studies can be conducted on its impact.

Layne said that he has met with several business owners to hear their concerns, but said he recommends the CTB vote on the full package.

“What we’ll be voting on tomorrow is simply allocating the monies,” Layne said. “The projects still have to go through the review process to actually be done. They would still go through the normal public outreach and everything that we do.”

Meredith Richards, of the Piedmont Rail Coalition, said Tuesday that she was not aware of the additional funding for rail, but called the allocation of extra money a historic development.

“The inclusion of the second frequency in VDOT’s six-year program makes an unmistakable statement that rail is an important part of the solution for reducing congestion and improving mobility on the Route 29 corridor,” Richards, a former Charlottesville City Council member, said in an email. “The Lynchburg corridor has proven that the demand is sufficient to support a second train.”

The CTB’s meeting is set to begin at 8:30 a.m. with a public comment period. Gov. Terry McAuliffe is expected to address the board at 10 a.m. The entire meeting can be viewed on the CTB’s website at www.ctb.virginia.gov/watch_the_board_in_action.asp.

In other news, VDOT has sold land in the Montvue neighborhood that it had purchased for bypass right-of-way. VDOT bought the 1.42-acre parcel from William and Polly Ann Talbot for $314,000 in 1992.

State law requires that land purchased for transportation projects be offered first to the original owner if it is determined the project does not require the property and it can be independently developed. The Talbots closed on a deal to repurchase the land at the original price on April 16. The property is assessed at $482,300.

Lou Hatter, spokesman for VDOT’s Culpeper District, said the sale of the land to the Talbots does not set a precedent for the rest of the bypass land.

“The Talbot property was an advance acquisition made for the Route 29 Charlottesville Bypass project,” Hatter said in an email. “VDOT sold the property because it would have not been used if the bypass project as currently design had been constructed.”

Hatter said one other property near the bypass alignment was sold Feb. 4 for $567,200.

The CTB did not discuss sale of the 87 parcels purchased by VDOT at its workshop Tuesday. In all, VDOT spent $33.7 million on right-of-way for the bypass.