Competition to be high for state transportation funding 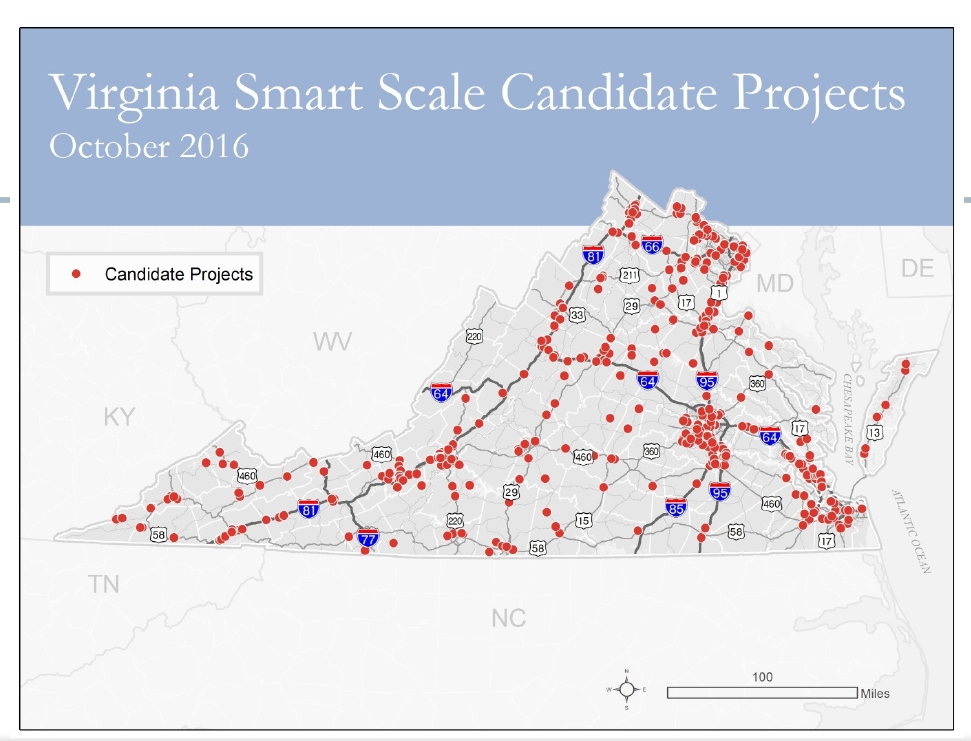 Funding requests for several road and streetscape projects recently made by Albemarle and Charlottesville will face stiff competition under the Virginia Department of Transportation’s new Smart Scale prioritization process.

VDOT received 436 applications totaling $9.25 billion in funding requests across the state in the second round of Smart Scale process.

However, there is limited funding available.

“We think it’s going to be between $650 million and $750 million statewide, but, very candidly, we are not going to know what those numbers are until December when we get updated revenue estimates from the tax department,” said Nick Donohue, Virginia’s deputy secretary of transportation.

“But, very simply, our requests outpace what we think our resources are by more than a factor of 10,” he added at Tuesday’s meeting of the Commonwealth Transportation Board.

The amount of money could increase under some situations. For instance, Secretary of Transportation Aubrey Layne said $155 million might be made available if Virginia Beach voters decide in November not to pursue extension of light rail from Norfolk.

In all, there were 35 applications from localities or other entities in VDOT’s Culpeper District totaling about a third of a billion dollars.

Many of the applications were modified versions of applications submitted in the first round. Last year, the Charlottesville-Albemarle Metropolitan Planning Organization submitted a $146 million project to rebuild Interstate 64’s interchange with U.S. 29.

This year, the MPO submitted a scaled-down version to make it safer for trucks and other vehicles to access westbound I-64 from U.S. 29.

“We have reduced the cost from $146 million to $6.8 million, and it solves the exact same problem the [more expensive] project was attempting to solve,” Donohue said.

That approach could lead to better projects for the community, according to Layne.

“The real long-term advantage to this is that people are putting in projects that solve the problem because now they know they have to compete for funds,” Layne said.

Albemarle was unsuccessful in having any of its projects funded in the first Smart Scale round.

Charlottesville, however, secured $29.5 million for streetscape projects for Fontaine Avenue, Emmet Street and High Street in the first round.

This year, the city applied for $18.2 million to help fund the West Main Streetscape, as well as $8.6 million for improvements at the intersection of Barracks Road and Emmet Street.

The MPO has applied for $45.8 million to pay for an upgrade to increase the capacity of U.S. 250 at Free Bridge on the Albemarle-Charlottesville border.

Donahue said the projects will all be screened and validated to see if any applications were incomplete or do not address a transportation need. A list of projects that will not be scored will be released in December.

Scores will be calculated and published in January. The Commonwealth Transportation Board will adopt a new six-year improvement program next June.

The next Smart Scale round not take place until 2018.

Other changes are also coming to how Virginia funds transportation projects. Requests for funding made through VDOT’s revenue-sharing program will be considered every two years instead of annually. Two-hundred million dollars will be made available for each cycle of the revenue-sharing program. Localities must make a one-to-one to be eligible.