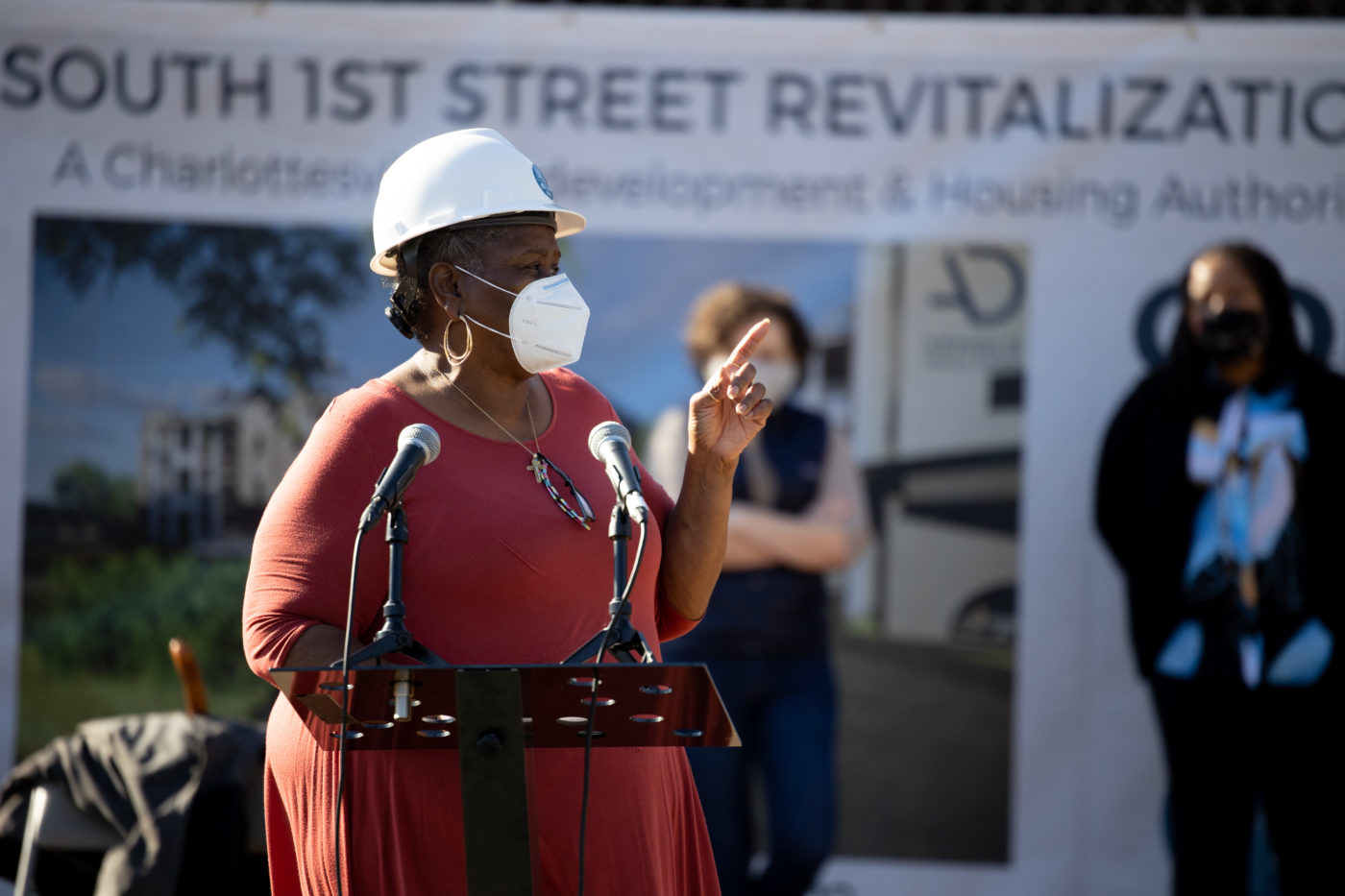 Public Housing Association of Residents chair Joy Johnson speaks at the groundbreaking of the redevelopment of South First Street.

Symbolism saturated the Sunday groundbreaking for the first phase of the redevelopment of the public housing on South First Street.

The date was what would have been former Charlottesville City Councilor and housing advocate Holly Edward’s 62nd birthday. Sundays were also the days that several residents of South First Street convened as a committee over the course of nearly a year to collaborate with developers and offer insights into how the redevelopment could best fit the community.

“To say that public housing or low-income residents don’t know what kind of community they can build, they proved them wrong,” said Joy Johnson board chair of Charlottesville’s Public Housing Association of Residents.

Johnson noted how the handful of women residents of South First Street formed a Redevelopment Committee and learned key jargon and technicalities associated with land use and planning in order to best provide input for the developers. The concept stems from a document crafted by PHAR in 2016 that laid principles and guidelines for resident-based planning and development.

Edwards’ daughter Shelby Marie Edwards — now the executive director at PHAR — spoke about the event’s significance and reflected on her mother’s legacy of community involvement. 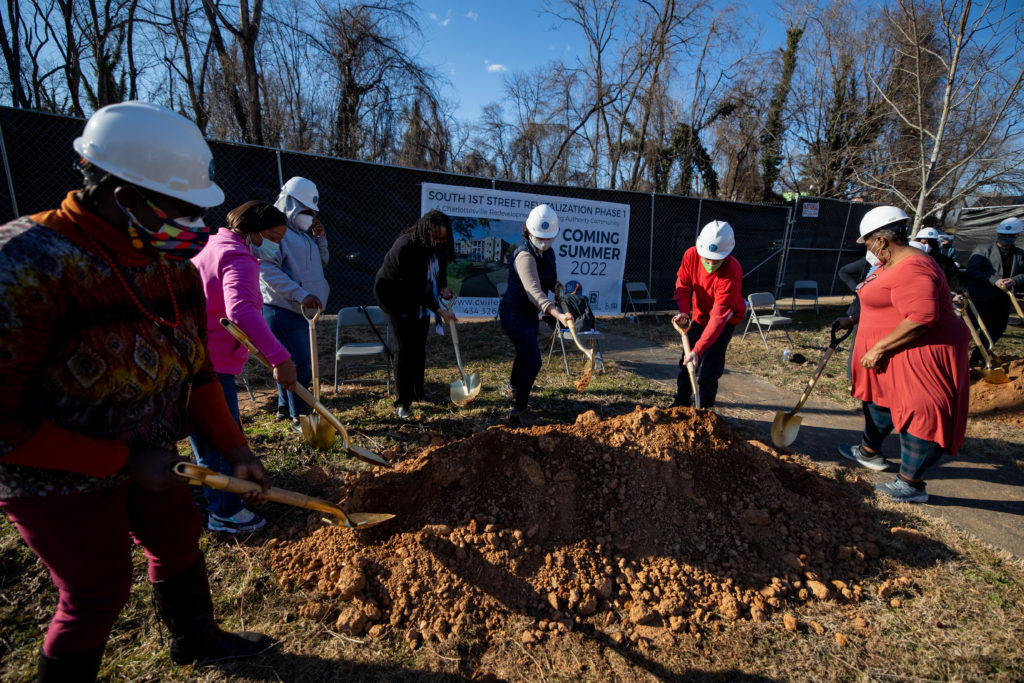 Members of the Redevelopment Committee along with Mayor Nikuyah Walker and Del. Sally Hudson officially break ground on the South First Street redevelopment.

Owned by the Charlottesville Redevelopment & Housing Authority, South First Street is one of several public housing sites in Charlottesville. CRHA’s formation is closely associated with the 1964 razing of Vinegar Hill — a predominantly Black neighborhood — in which many residents were pushed into public housing that has since gone without any major improvements.

“We know the things that happen with urban renewal,” Mayor Nikuyah Walker said. “There was no intention behind the building of these spaces to honor people and their families.”

She stated that this redevelopment is part of the seeds that Edwards planted in her tenure on the council and the role of local government in honoring all of its constituents.

“We’ve been attempting to show that we honor families. No matter how little money you make, no matter if you live in these spaces for generations, we are saying that we understand that there’s an obligation to you,” Walker explained. “That we understand you will not be able to dig out of these spaces by yourself, but that the places you cook your Sunday dinners in ,the places that you send your kids off to school in and when you welcome them home in the afternoons, that they should be spaces filled not only with love because of your heart — that you can look around and everything that shows that built space shows love.”

Del. Sally Hudson, D-Charlottesville, spoke as well and explained that the redevelopment can be an example for the rest of the state and country in resolving affordable housing issues.

The overall project entails the construction of three new apartment buildings for phase one at the current ballfield. Afterward, the sites of the current buildings would be redeveloped. Phase one, expected to be completed by April 2022, will include 62 apartments and a community center. The first phase of development is priced at over $13 million, according to CRHA executive director John Sales.

Solar panels will be installed on the roofs of all three buildings. Between the panels producing an environmentally friendly energy source and energy efficient construction, utility bills may become lower for residents as well. Charlottesville Tomorrow has previously reported the connection between equity and the environment.