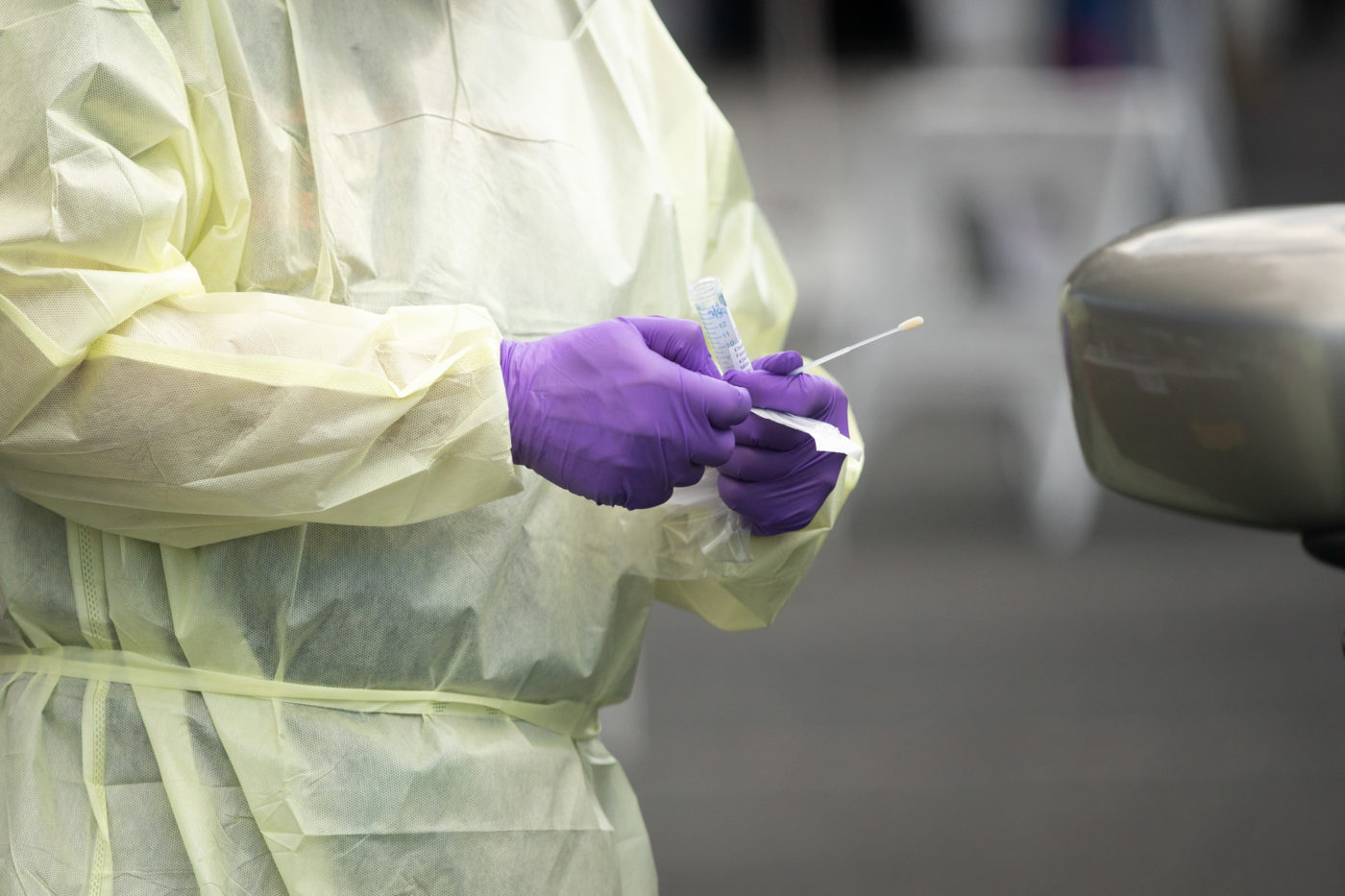 Local health officials say they are doing what they can to prepare for the arrival of a new variant of COVID-19 called Omicron.

The new variant has not yet been reported in the United States, though it likely is only a matter of time.

Labs across the state capable of sequencing coronavirus DNA are “sequencing as many positive samples as possible” to monitor for the new variant, said Denise Toney, director of the Department of General Services’ Division of Consolidated Laboratory Services, the state’s public health laboratory.

Once it is found here, the state will alert the public and healthcare providers. But, until more is known about the variant, there’s little for them to do.

News of the new variant’s existence emerged over the long Thanksgiving weekend. Scientists in South Africa discovered it quickly spreading through an area near Johannesburg. By Friday, the World Health Organization labeled it a “variant of concern,” its most serious designation for a COVID-19 variant.

In the days since, countries around the world have reported cases, including Australia, Hong Kong, multiple countries in Europe and Canada.

Though not much is known about the new variant, what scientists do know is troubling. It seems to have spread faster than the now prominent Delta variant in the region of South Africa it was discovered. That indicates it may be more transmissible. It has more mutations than previous variants, which makes it possible current vaccines will be less effective at preventing it. It’s also unclear how it will respond to current treatments.

As scary as all that sounds, health officials are quick to caution against panic. Though it is possible this variant will prove to be more transmissible, and perhaps more dangerous, than previous ones — it is equally possible it won’t.

“We know very little right now,” said Dr. Patrick Jackson, an assistant professor at UVA Health’s Department of Infectious Disease. “It certainly is a possibility that this could turn out to be not at all a big deal. It might be subsumed by Delta and not get very far.”

Different variants of the same virus compete against each other to circulate in a population, Jackson explained.

“Essentially, the virus that persists in the community is the most evolutionarily fit virus, the virus that is best at growing in people and transmitting itself from person to person,” he said. “And if another virus is less able to transmit itself from person to person, then it doesn’t survive in the population. It gets out competed by the more fit virus. This is real time evolution.”

Since the start of the pandemic, scientists have identified more than a dozen variants of COVID-19. The most prominent one now circulating is Delta.

Even if Omicron proves to be more evolutionarily fit, and replaces Delta as the dominant variant, it’s possible it will respond to current treatments and that vaccines will still protect against it, Jackson added. Many of those questions will be answered over “the next few weeks” as scientists gather more data.

In the meantime, health officials are urging people to continue taking the same precautions to prevent the virus’ spread as they have throughout the pandemic.

“Once again, we see how unpredictable viruses can be. Viruses change and mutate all the time, and as we learn more about this new variant, we need to continue taking precautions to reduce infections,” Dr. M. Norman Oliver, the state health commissioner, said in a statement released Monday evening. “Please, if you haven’t been vaccinated already and are eligible, get vaccinated. And if you are eligible for a booster, please get your booster as soon as you can. Please continue to do those things that we know can help reduce virus transmission, such as wearing a face mask, social distancing, frequent hand washing, staying home if you are sick, and getting tested if you have COVID-19 symptoms or if you have had a known exposure to someone with COVID-19.”