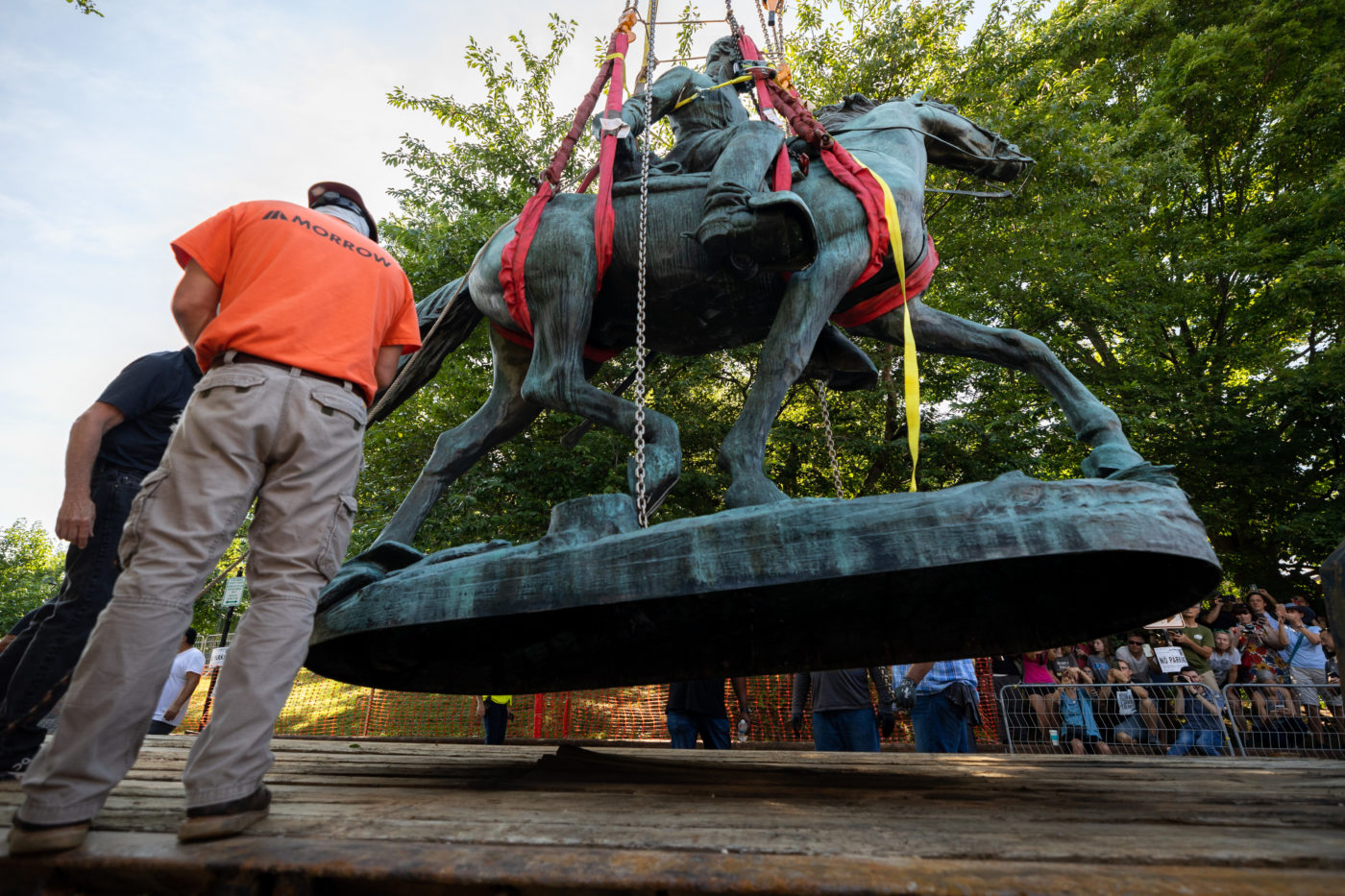 While Charlottesville’s monument of Confederate Gen. Robert E. Lee is set to be melted down and transformed into new local art, Gen. Thomas “Stonewall” Jackson will be sent to California.

At its Monday meeting, Charlottesville City Council voted for LAXART, a Los Angeles-based nonprofit arts organization, to take the bronze relic. The organization plans to collaborate with the Los Angeles Museum of Contemporary Art for a planned 2023 exhibit in MOCA’s facilities.

LAXART will pay $50,000 dollars to Charlottesville to acquire the statue.

According to the proposal, the exhibit will feature a series of decommissioned Confederate monuments alongside contemporary pieces of art. While the Lee statue is set to be melted down locally and gifted to the city, LAXART plans to incorporate Jackson into its forthcoming exhibit, titled MONUMENTS, as the “centerpiece of the exhibition.”

LAXART also wanted the Lee statue. The group’s proposal planned to use Lee in the same exhibit as Jackson. However, Council voted to give Lee to Jefferson School African American Heritage Center instead. The heritage center’s proposal for Lee – accepted at the Dec. 6 meeting – is to conduct “community engagement” on what the melted bronze should become before selecting an artist and giving it back to the city.

Following the summer removal of both Lee and Stonewall, the city accepted proposals from groups and individuals interested in taking the statues until Oct. 15. State law required localities to field such offers before making any decisions about their dispositions.

Virginia localities have disposed of their removed Confederate monuments in a variety of ways.

In neighboring Albemarle County, its Johnny Reb statue ended up in Shenandoah Valley Battlefields Foundation. An Isle of Wight monument ended up on a Sons of Confederate Veteran member’s property. Many ended up in cemeteries or remain in storage while their localities continue deliberating what to do.

Clarification: An earlier version of this story said that the Blue Ribbon Commission on Race, Memorials, and Public Spaces was among the events that compelled City Council to remove Charlottesville’s Confederate Monuments. Their 2016 report “identified a list of basic concepts, parameters, opportunities, and constraints for each option in the hope that these ideas will assist council in their decision.” These included a discussion of relocation within the city and transforming the statues where they stood. From the report: “The commission ultimately chose to recommend sending both the Relocate and Transform-in-Place options to council for deliberation.” We’ve removed that sentence to be more precise.