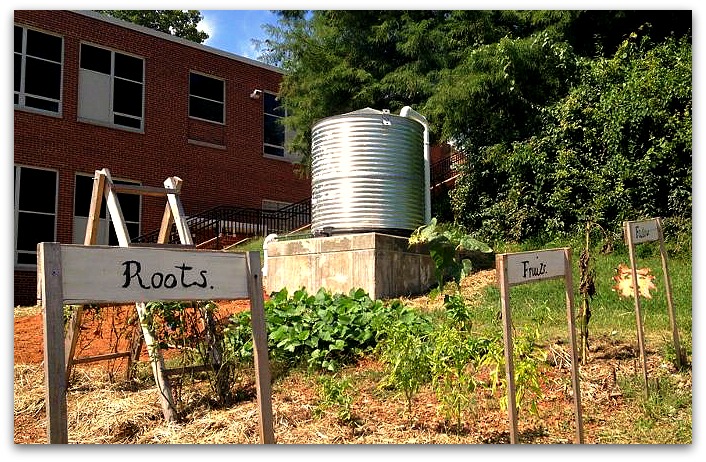 Charlottesville will begin collecting a stormwater utility fee from property owners in May, but officials are putting the final touches on a policy to provide a credit to those who help the city meet its water resources protection goals.

“If you’re getting a credit, somebody somewhere has to be able to prove that there is pollution being reduced that has value to the program,” said Kristel Riddervold, the city’s environmental administrator.

Riddervold recently addressed a luncheon meeting of the James River Green Building Council on how the city’s water resources protection program has evolved since the City Council adopted the fee in February.

Owners will pay $1.20 a month per 500 square feet of impervious surface. The city will bill twice a year. The fee will generate $1.5 million in the first year, rising to $1.9 million a year as more capital improvement programs are identified.

All properties will be subject to the fee regardless of tax status, although city-owned land is exempt.

Riddervold said an appeals process will be in place for property owners who disagree with the amount of impervious surface on their land. Residential and commercial property owners will pay the same rate.

Riddervold said the revenue will be used to repair the city’s 53-mile network of stormwater pipes, which she said represent a $300 million city asset.

“A portion of the stormwater system is 70, 80, or 90 years old, and a portion of that is failing,” Riddervold said.

Revenue from the fee will allow for capital improvements, including the development of a master plan to guide where the most pollution-reducing improvements might go.

“It’s not all about the grey infrastructure,” Riddervold said. “It’s also about goals we have for expanding the green infrastructure and making our natural systems work better.”

The stormwater system is governed by a permit from the Virginia Department of Environmental Quality that allows stormwater to be discharged into area streams and rivers. The DEQ expects localities to do their part in helping to achieve pollution-reduction goals for the Chesapeake Bay mandated by the U.S. Environmental Protection Agency.

After the City Council approved the fee, an advisory committee has worked to write a policy to govern how property owners can receive credit for installing infrastructure to reduce stormwater velocity or pollution.

Riddervold said granting too many credits will reduce revenue needed to pay for improvements, which means property owners will have to demonstrate their installed improvements reduce pollution.

The City Council will be asked to approve the credit policy in October. Under the proposal, land owners will be able to reduce their fee by up to 40 percent for improvements put in place before July 2009 if those improvements were required for development.

Any voluntary improvements installed after July 2009 can receive a reduction in the fee of between 40 percent and 100 percent, depending on the level of pollution reduction.

“Our committee felt very strongly that we need to push, encourage and reward action,” Riddervold said.

Improvements must be on the DEQ’s clearinghouse for “best management practices” and the property owner must enter into an agreement with the city for how the facility will be maintained.

Riddervold suggested that property owners can apply to the Thomas Jefferson Soil and Water Conservation District for a grant to help pay for some of the improvements.

Ned Ormsby, president of the James River Green Building Council’s Charlottesville chapter, said he took advantage of that program to help pay for an improvement on his property in Belmont.

“The rain garden is designed to deal with the rain off my roof that used to be directed directly into a creek,” Ormsby said. “Previously, it flooded into my basement, so I piped it away from my house.”

Ormsby said he would apply for a credit from the utility fee because the garden retains stormwater on his property, achieving the goals of the water resources program.

Pat Lloyd, who has lived in the city for four years, said she is concerned that not enough information is going to low-income residents who are on fixed incomes.

“I live in the Ridge Street neighborhood and there are a lot of elderly folks who have been there a long time and they have a lot of impervious surfaces,” Lloyd said. “They don’t have the wherewithal to apply for a $2,000 grant and they are going to see this as a tax.”

Riddervold is adamant that the fee is not a tax.

“It’s a fee for service and it’s pretty comparable to your sewer fee or your drinking water fee,” Riddervold said. “In this case, it’s conveying, managing and dealing with the pollutant removal requirements that apply to the operators of the system.”

Riddervold said the city’s property tax rate would have to be increased by 3 cents in order to pay for the same level of improvements.

She said the advisory committee is still evaluating a program to reduce costs for low-income property owners.