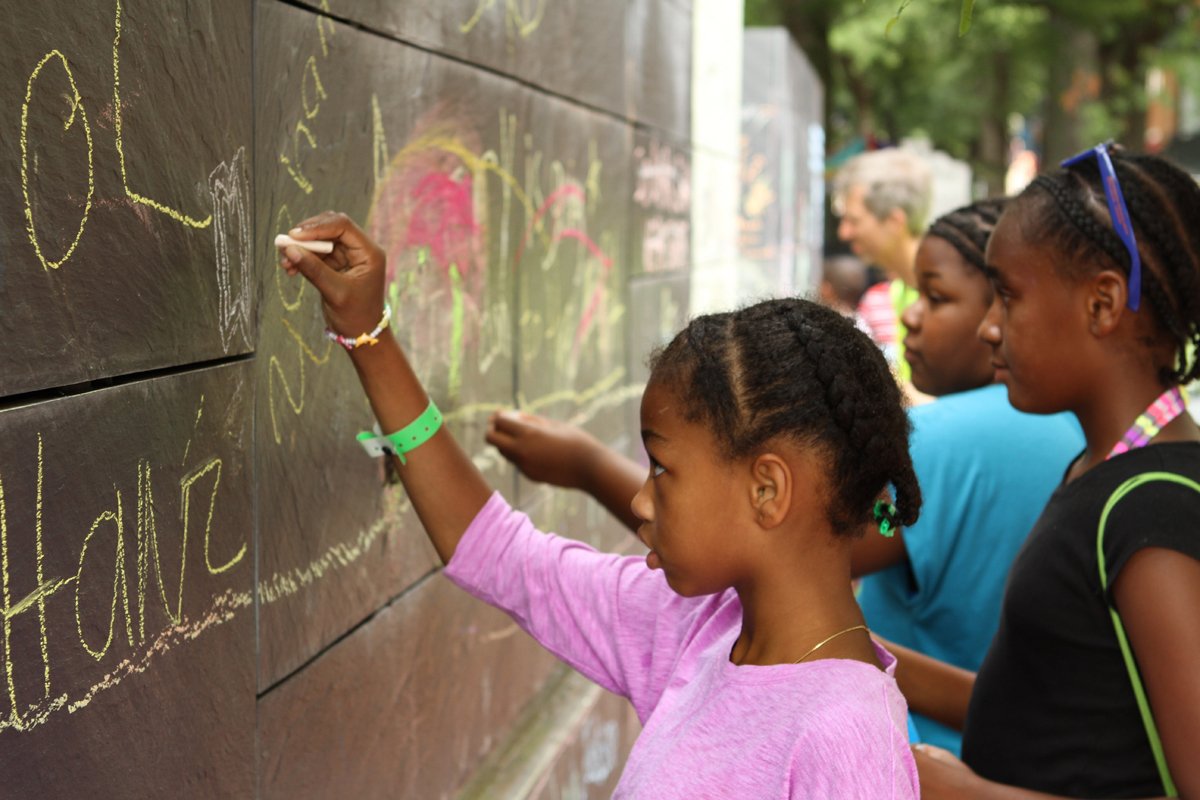 Breana Davenport, Hadeya Payne and Sadeja Glover participated in the Storyline Project that concluded with the creation of a mural on the Community Chalkboard on the Downtown Mall

Rivers, bikes and buses served this week as a medium to teach fourth, fifth and sixth grade students about the importance and history of local transportation.

The Storyline Project, in its fifth year, provides hands-on exploration of the community with guidance from local artists and designers.

“The Storyline Project is an exploratory walk and hands-on art project which allows Charlottesville youth to explore the city in a new way,” said Victoria Long, communications director at the Piedmont Council for the Arts. “Every year has a theme and this year’s theme was transit and how it affects our everyday lives.”

Siteworks Studio, a local landscape architecture firm, launched Storyline with proceeds from a 2009 award received for the design of the First Amendment Monument on the Downtown Mall. The monument was designed by Siteworks’ Peter O’Shea and architect Robert Winstead.

Siteworks has facilitated Storyline with the help of the Thomas Jefferson Center for the Protection of Free Expression, The Bridge PAI, the Piedmont Council for the Arts and Charlottesville’s Parks and Recreation Department.

Monday was spent in Scottsville, a town steeped in the rich history of the James River. The students visited the Scottsville Museum, learned about the bateau boats used in commerce along the river and took a walk along the levee that protects Scottsville from high water.

“The students also sat down by the river and made observational sketches. The original idea was to float on the James, but water levels were unsafe,” Long said.

Before students got on their bikes on Tuesday, a short presentation was given on the history of the bicycle.  The neighborhood explorers also reviewed maps of Charlottesville from 1920, to show how much, or little, has changed along their planned route.

Once the ride was underway, cries of “I have never been here before!” or “Quick, look at that!” rang out. The students said they were excited to see the city from a new perspective.

“I have never seen the city like this,” said one student. “Usually, I’m in the back of my mom’s car.”

Wednesday was spent learning about and touring the Charlottesville Area Transit headquarters on Avon Street extended.

CAT’s marketing coordinator, Wesley Kern, told the students about what it takes to keep the buses running. The students also fixed a headlight and rode a bus through the bus washer.

Then the students rode the bus along the free trolley-style bus route, stopping at the Amtrak station, Fry’s Spring Station and the Downtown Transit Center, all notable places in the history of Charlottesville transportation.

“Be quiet and close your eyes, pay attention to what you hear, feel, and smell,” suggested one volunteer.  “Think about what it used to be like, past and present.”

Verbs and Vibes is a local group that sponsors an open mic night for local artists. As the bus made its way through the streets, the students, along with members of Verbs and Vibes and other local writers, wrote poems or drew sketches to symbolize the experience they were having. 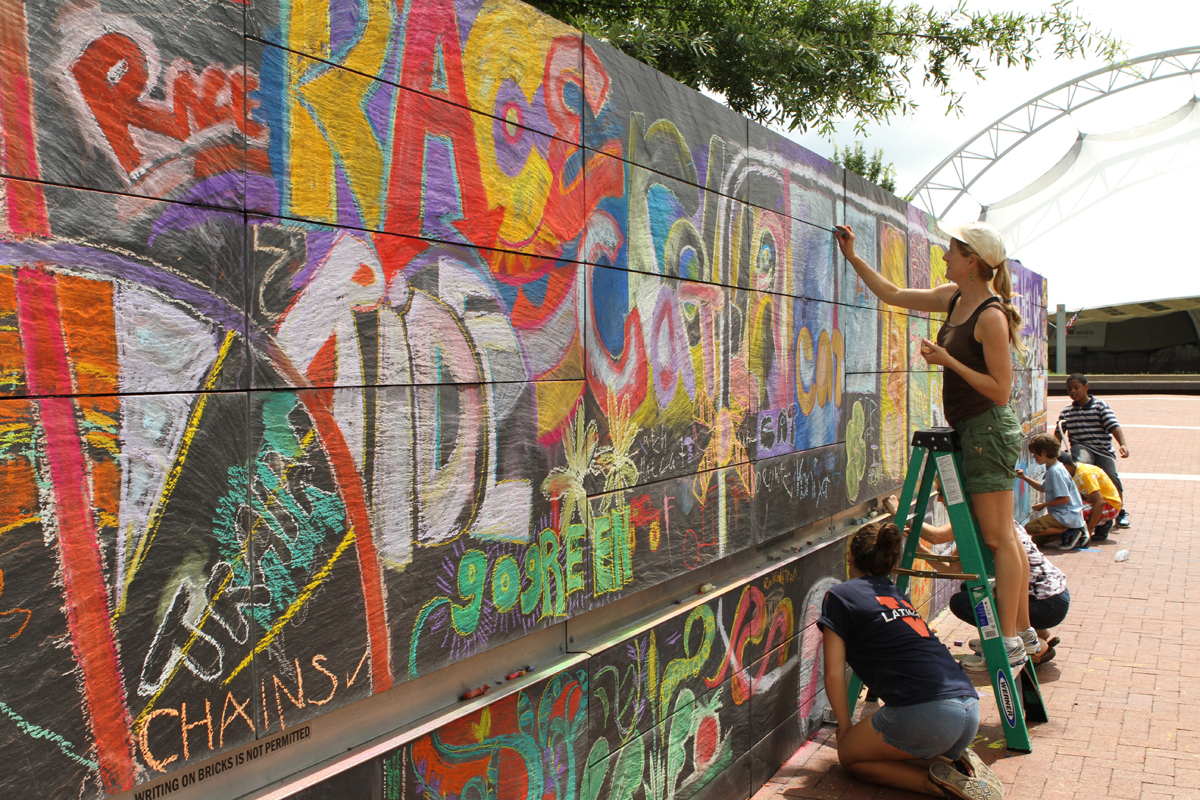