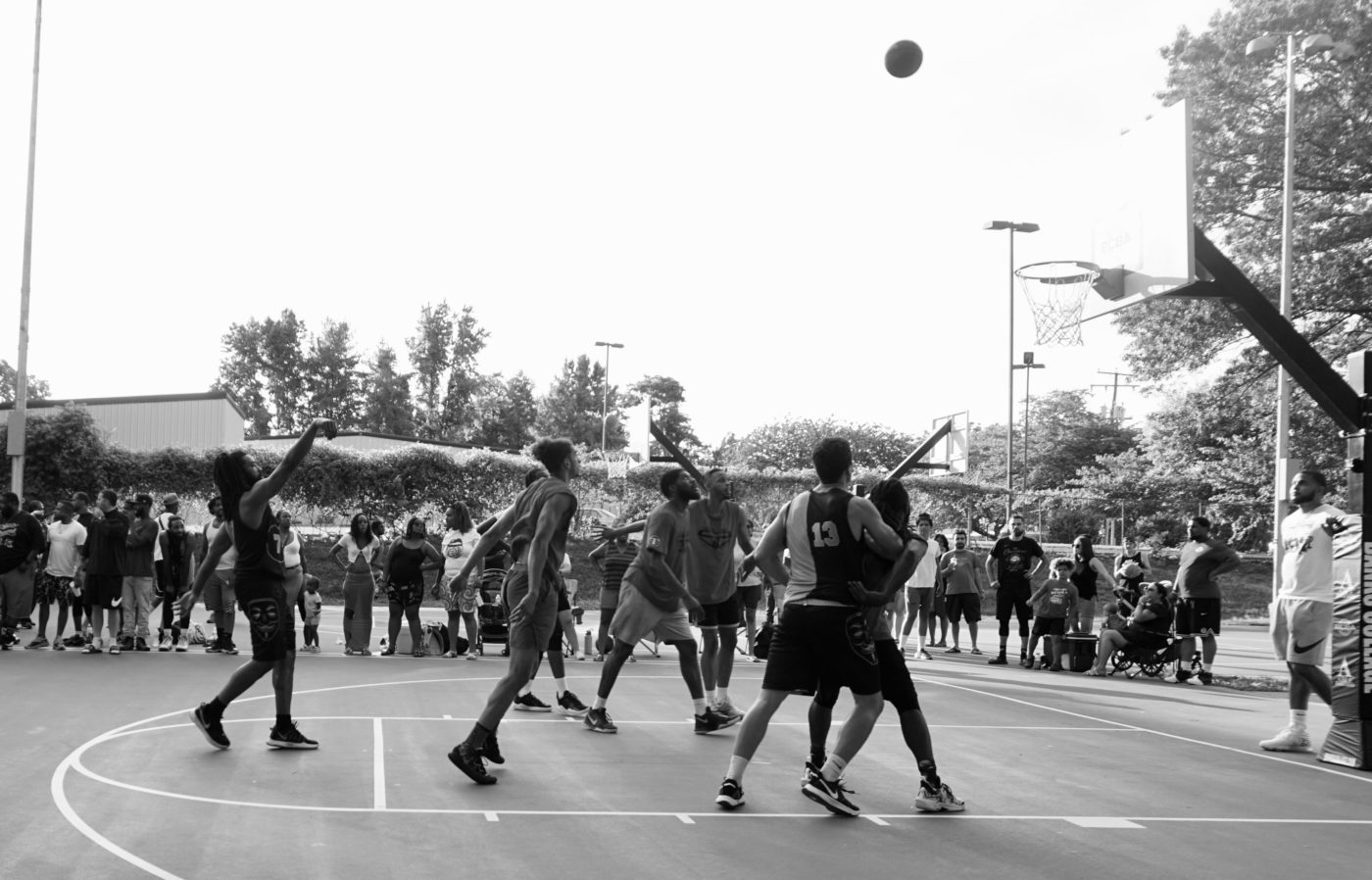 Banks Collage Basketball Association games at Tonsler Park can get pretty competitive as teams play for the ultimate prize: bragging rights. (And, at the end of the season, a tournament trophy.)

Sunday afternoon, Charlottesville residents young and old took to the sidelines as 10 teams battled it out on the Tonsler Park basketball court.

Those Sunday games have been a Charlottesville summer staple for eleven years, since Damien Banks founded the Banks Collage Basketball Association in 2010. Players and supporters alike are so committed, they come from as far as Maryland to attend the games.

Banks, known in the community for his basketball skills, played for sport in his formative years, and he established the BCBA after recognizing an absence of pickup games in the community.

“People weren’t playing that much pickup ball anymore,” Banks said. “So I decided to put a league together to get some more people to come out and play, and it just got bigger and bigger.”

The BCBA is currently made up of 10 teams, but has had as many as 16 teams in previous seasons.

All teams play every Sunday, vying for one of six spots in the playoff games later in the season, leading up to a mid-August Championship game.

Matches can get intense, with the teams competing for the coveted trophy and championship banner, as well as the ultimate prize: bragging rights.

“The games get such a large draw because we have some of the top talent, and our online presence is strong,” said Banks.

He also credits the Tonsler Park location for the large community turnout.

“We started at the outdoor courts at the Dell at UVA,” he said. “My friend Joe Mallory helped us transition to Tonsler Park. It’s the drive through traffic, people like to stop and see what’s going on.”

Although Banks created the league for entertainment, it has had a profound effect on many people.

Jerel Carter, a baller from reigning BCBA champions,Team Takeover, shared the influence that Banks has had on his life. Carter grew up in Madison County and joined the league as a college sophomore in 2013.

“Damien Banks needs to get his flowers while he can because this league has changed so many lives for the better,” Carter said. “I went and pursued a college education just off of highlights from the summer league.” 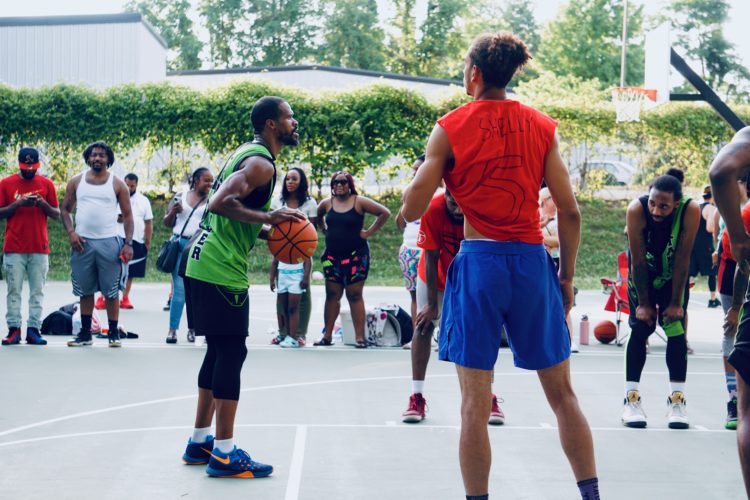 The league, which didn’t play last year due to the COVID-19 pandemic, has also provided a much-needed outlet on the heels of the pandemic for all who attend.

“People have been missing this. The African American community in Charlottesville really needed it,” said Carter. “I know that the games have done wonders in the last 2-3 weeks for my mental health.”

Fantashia Cooper, who moved to Charlottesville in August 2020, agrees as she finds community at the games.

“It’s a time to release bottled up energy,” Cooper said. “Having an event that’s about community, just having fun and doing what people love, and what they love is basketball.”

Cooper, a sports enthusiast, is also the Collegiate Representative for Women’s Sports for the Fellowship of Christian Athletes. She has not missed a game of the BCBA 2021 season.

“Being from Atlanta, you don’t get this kind of experience anywhere else unless you’re going to a big city,” she noted.

Cooper enjoys watching the other attendees cheer from the sidelines and occasionally take on ad hoc coaching roles, yelling commands in support of their favorite teams.

“I’m usually like that when it comes to supporting my athletes,” Cooper said of the crowd. “So for them to do it definitely made me feel great!”

BCBA grew most of its following via word of mouth, but it’s got a digital presence as well. On its website, the league hosts an show where guests and fans debate game highlights, recap plays and discuss upcoming games.

“Nobody wants to lose and sit on their loss for a whole week, especially with everyone talking on Facebook,” said Carter. “You’ve got to win out there, or it’s going to be a sad week.”

Banks is also beloved off the Tonsler Park courts: he coaches track for the Charlottesville Area Track Club, and football for the Monticello Mustangs Youth League.

Banks isn’t the only athletic coach in the family, either. His wife manages the Elite Empire dance program, which prepares more than 30 young women for competitions.

Banks wouldn’t tell us his favorite BCBA team, but he let us in on who the fans love most

“Striker’s is definitely a crowd favorite and Team Takeover are the defending champs,” Damien said with a chuckle.

The Banks Collage Basketball Association league runs every Sunday through mid-August, with games beginning at 2pm. Find more information on the league’s website.